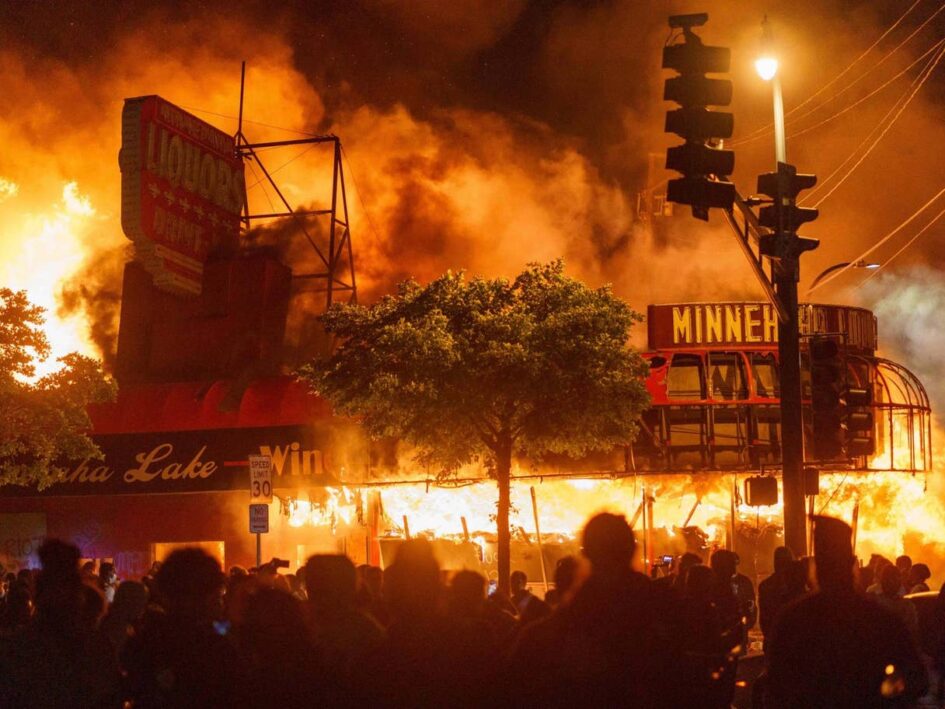 Late last year I began working on a piece marking 25 years since the publication of what I believed to be the most prescient work of the age.

The book had been published in Britain in the spring of 1995 but as February and then March 2020 came and went, we were all rather distracted. For a few months the pandemic was so overwhelming that even normal politics died down — only for it to inflame again, more incendiary and toxic than ever, at the beginning of June.

Across the US — and around the world — graduates and young professionals took to the streets, leading a bizarre anti-revolution in which immigrant shops were ransacked and working-class neighbourhoods forced to defend themselves from violent college-educated protesters and their allies.

Here was a revolution backed by almost all billion-dollar businesses and public institutions bar the US presidency, and whose leaders had almost nothing to say about poverty or unemployment.

Their demands were for more diversity and racial equality, already sacred ideas among the cognitive elite, all of it accompanied by bizarre, quasi-religious public declarations of faith.

It was the Revolt of the Elites.

Christopher Lasch never lived to see his great work published, but since his death from cancer in February 1994, it has developed a cult following among unorthodox sections of Right and Left. The Revolt of the Elites and the Betrayal of Democracy warned of a growing cultural and social divide caused by a rapacious free market and the radical politics of the Sixties, one that would lead to extremism and division.

Yet what Lasch saw in 1994, but which has only now reached its apogee in 2020, was how social revolution would be pushed forward by the radical rich and resisted by the rest. “It is not just that the masses have lost interest in revolution,” he wrote: “their political instincts are demonstrably more conservative than those of their self-appointed spokesmen and would-be liberators.”

If this continued, then the top strata of society would become increasingly alienated by their society and country, and turn against it, something that has come to pass with the first corporate-backed revolutionary movement in history.

Tragically, by the time that Lasch came to write his great work, he was dying of leukaemia, and the book was completed only with the help of his daughter Elizabeth. The title was a play on Ortega y Gasset’s The Revolt of the Masses, written in the inter-war period when it seemed reasonable to worry that liberal values might not survive democracy and the rise of the workers. Yet by the end of the century Lasch observed that it was the rich who threatened democracy.

Revolt of the Elites comprises 13 essays on America’s “democratic malaise” — he liked that word — divided into three parts, the “intensification of social divisions” in America, the decline of public discourse and finally the spiritual core of the country’s crisis, headlined “The Dark Night of the Soul”.

Throughout the book runs Lasch’s moral core, his support for the average man, something which inspired his hostility to the dominant ideologies of Left and Right. He strongly opposed economic inequality because it was corrupting; highly unequal societies tend to bring with them graft, extremism, violence and outside interference, eliminating Republican virtue.

Lasch lamented that in America, the top tenth owned more than half the country’s wealth, a warning that now seems as quaint as newspapers in the placid 1950s worried about Teddy Boys. The decline of pensions and savings, and the rise of what we now call zero-contract hours, would lead to the collapse of the middle class and with it the decline of the nation.

Lasch also saw that the eroding of a common culture, values and standards, which was the major legacy of 60s cultural radicalism, ended up creating a gulf between social classes. If there were no common values to hold people together, what was to stop the rich and powerful trampling over the rest of society, cloaking their self-interest in furious self-righteousness?

And so it has come to pass, with the rise of woke capital, an amoral business model in which CEOs make thousands of times more than their lowest earners, all the while distracting attention with support for therapeutic but increasingly extreme politics.

It was Lasch who saw more clearly than anyone that the New Left had a symbiotic relationship with the culture of modern corporate capitalism — emphasising choice, therapy, self-actualisation, narcissism and the rejection of limits, not just physical but financial and moral.

Lasch also saw meritocracy as a sham, or at least “a parody of democracy”, because neither social nor geographic mobility were adequate substitutes for real social justice. “Social mobility does not undermine the influence of elites,” he wrote: “if anything, it helps to solidify their influence by supporting the illusion that it rests solely on merit.

“It merely strengthens the likelihood that elites will exercise power irresponsibly, precisely because they recognise so few obligations to their predecessors or to the communities they profess to lead.

“The new elites are in revolt against ‘Middle America,’ as they imagine it; a nation technologically backward, politically reactionary, repressive in its sexual morality, middle-brow in its tastes, smug and complacent, dull and dowdy. Those who covet membership in the new aristocracy of brains tend to congregate on the coasts, turning their back on the heartland and cultivating the international market in fast-moving money, glamour, fashion, and popular culture.”

This is an extract from Ed West’s piece in UnHerd. The full text can be found here.