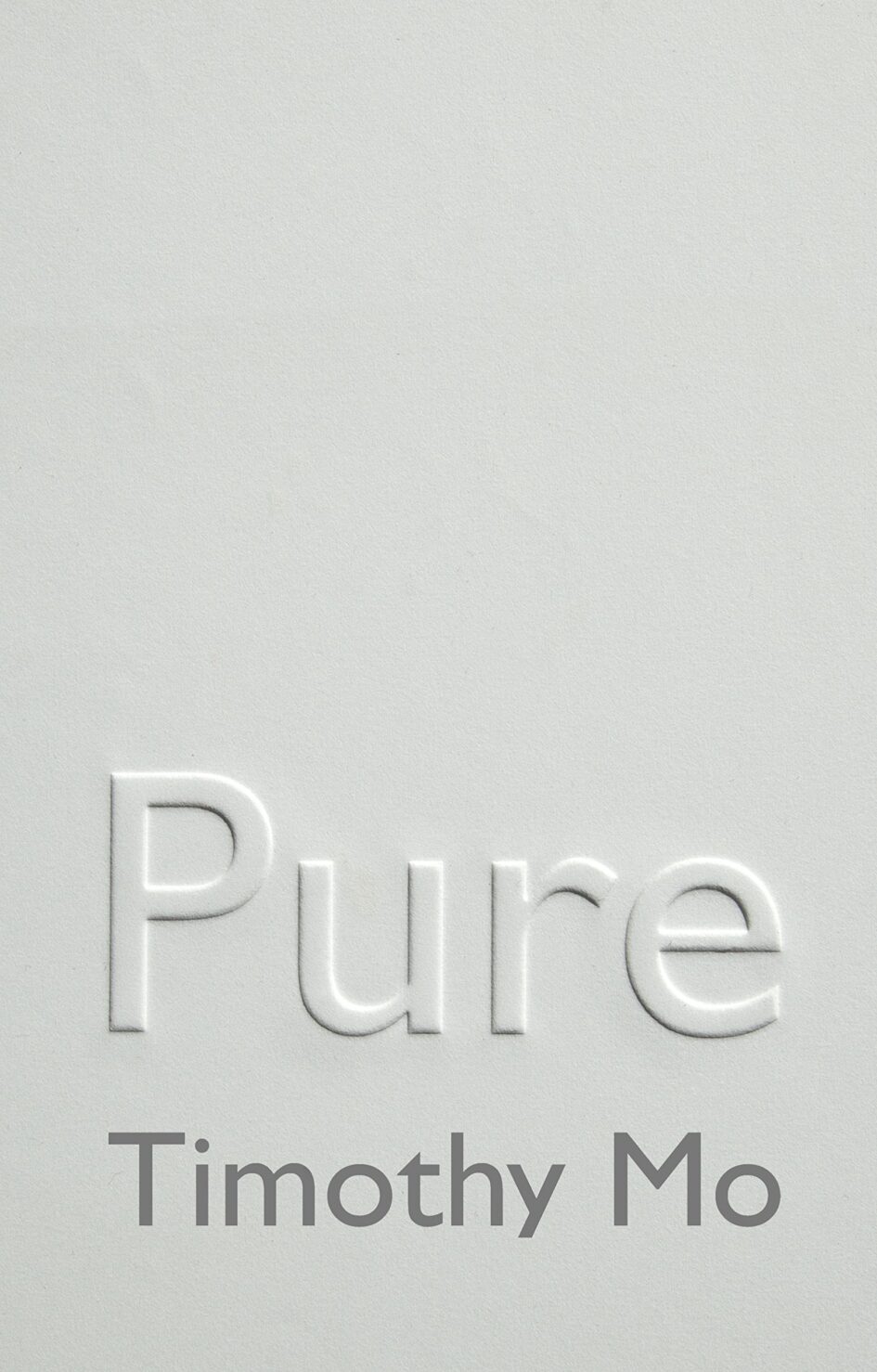 Timothy Mo is a superbly gifted writer but a difficult man who has long fought with his publishers. ,

As the son of wealthy Hong Kong Chinese, he attended Oxford and was once a favourite of the English literary set, but fell out of favour. In later life he has produced a masterwork, Pure.

Timothy Mo had long wondered why an art form as flexible and capable of complexity as the novel had never targeted one of the most fundamental issues of the modern age, the “necessary subject”, the rise of Islamist terrorism and the spread of Arab nationalism. As dynamic a medium as fiction can be it had rarely fully interalised the internal beliefs and motivations of Muslim fundamentalists. With a tide of jihad sweeping the world, for someone like Mo the question became ever more pressing.

Most English-writing authors concluded that they either the background, an insider’s view, a gift with languages, most particularly Arabic. And perhaps the feared the fate of Salman Rushdie post The Satanic Verses.

In Pure Timothy Mo uses the device of character. He pits an drug addled Bangkok lady boy, a freelance entertainment journalist called Snooky, into the world of mujaheddin training camps in southern Thailand.

Co-opted as a spy, there she grows a beard, participates in forays into the world of jihad in Indonesia, and reports to her minder, caught between the hidden, complex worlds of intelligence operatives and Muslim jihadists. Thanks to fights with his publishers, this book has never received the attention it deserves. Simply put: Pure is a must read.

“In many senses, the Anglo-Chinese novelist Timothy Mo is, among his generation of British writers, the one who got away. Omitted from the 1983 Granta Best Young Writers list that included near-contemporaries Amis, Barnes, Rushdie and McEwan, he rapidly out-performed most rivals with a 75% Booker prize short-list hit-rate from his first four novels but failed to take the final prize with either Sour Sweet, An Insular Possession or The Redundancy of Courage. Then, after a financial row with traditional UK publishers, Mo left for the Far East, from where self-published novels have arrived at ever longer intervals.

“A decade has passed between Renegade and Mo’s sixth novel Pure, which perhaps reveals the author’s ignorance of – or indifference to – the Brit Lit scene by re-using the title of a novel that won Andrew Miller last year’s Costa prize. It would be a thrilling moment for cultural statisticians if one of the leading British book prizes were to be won in consecutive years by different novels with the same title, and the possibility cannot be discounted because Mo’s book is a thrilling reminder of what we have been missing during his exile.”

Reviewer Charles Foran, writing for the Globe and Mail, records that Pure is, by default, a 9/11 novel. Mo’s hero, a bawdy Bangkok ladyboy called Snooky, can’t escape his origins as an Islamic kid from southern Thailand. Though disaffection among the Islamic population in the border region with Malaysia predated the Twin Towers, it exploded into an insurgency in 2004, part of the current global jihad.

“The garrulous Snooky may scorn the local version as ’boutique jihad’, but he is soon engulfed. Authorities blackmail him into returning to the region and infiltrating the local chapter. Once more called Ahmed, he runs awkwardly with the jihadis, some friends from childhood, simultaneously betraying them and professing commitment to the future caliphate.

“This ‘pure’ ambition eventually finds weird purchase in Snooky/Ahmed’s mind. He longs in the end for a moment ‘of fulfilment, chaste and decent,’ one achievable only by the kind of violence he instinctively abhors. One of his minders, a Western liberal named Victor Veridian, intersects with his mark at the precise wrong moment.”

Foran concludes: “A more probing question to ask isn’t “who” but “where” is Timothy Mo? He isn’t at any cocktail parties or making the rounds of festivals. Instead, he is out the dangerous wide world, bringing back never-before-told stories of social meltdown and violently divided selves that speak to how the jangly 21st century is looking – and has looked to him since long before it was formally upturned on Sept. 11, 2001.”

“In Pure, an equally virtuosic HD performance, the knife-sharp but surgery-free Snooky has – courtesy of her English-language education – picked up a job as a film critic in Bangkok: a neat cover for Mo’s cinema-buff riffs. Then a catastrophic drugs bust leaves her with Hobson’s choice, delivered by a slimy Old Etonian top cop: 20 years in the Bangkok slammer, or a trip to her home turf in the disaffected Muslim south of Thailand to spy on old school friends.

“Back among her own folk, who have “nothing, nix, in common with the Buddhist North”, Snooky to some degree reverts to type. Snooky yearns to shed the human artistry and multiplicity that she (in all ways) embodies in favour of “a moment of fulfillment, chaste and decent”. That dream of cleanness will delude and destroy. Pure shows us why it still attracts.

“Mo has talent to burn: as much soaring imagination, blistering wit, verbal felicity, narrative velocity and sheer take-no-prisoners bravado as anyone in his generation. Since he chose to fly solo, critic-proof and editor-averse, his task has been to find the right form to fit his tumbling ideas and galloping intrigues. Pure persists in that search for an ideal frame. Like the jihadis’ kingdom of God, it proves elusive. But, for any open-minded reader, the sour-sweet flavour of its outlandish fruits will season and quicken the quest.”