Pandemic of the Vaccinated 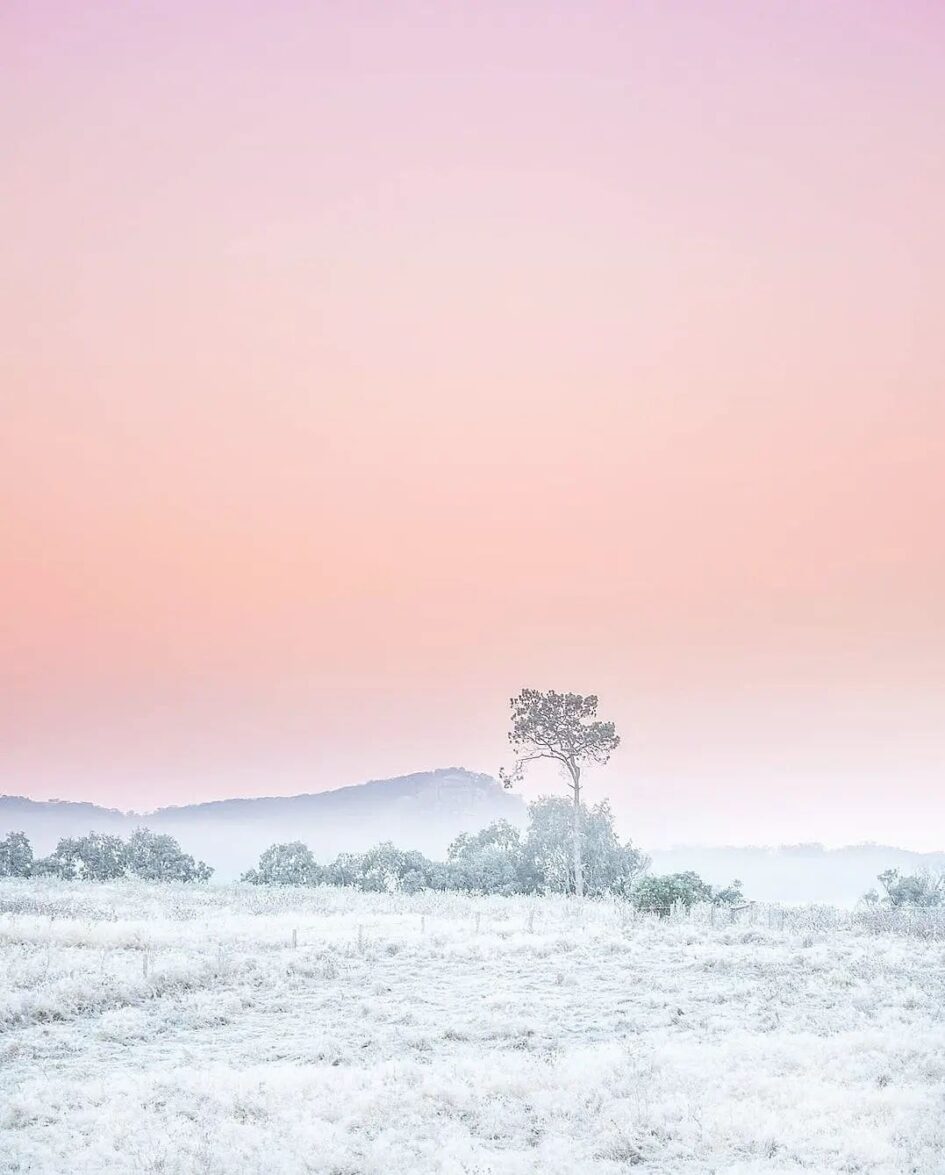 By Paul Collits. Images from The New England High Country.

There is nothing more likely to get under the skin of the pro-vaxxer establishment than pointing out that the magic mushroom vaccines designed by politicians to give them a get-out-of-jail-free card in relation to Covid are experimental, unnecessary, useless and dangerous.

And yet, despite all the evidence in relation to both vaccines and to non-medical interventions (like lockdowns and masks), we are now facing a dystopian future of what the European blogger and scholar Eugyppius has called “permanent pandemic”.

Yes, despite the easing of restrictions in Australia and elsewhere, we still have the legacy of unemployed unvaccinated in their tens of thousands, we still have masks on public transport and in other settings, and we still have a corporate culture of “Covid safety”, the latest opportunity for virtue signalling on a grand scale.

Let us focus for a time on the “useless” aspect of the vaccines; inevitably parked by the Covid State and the Covid class in the never-ending quest to exonerate themselves from their massive malfeasance.  Parked with good reason, for every day that passes makes it clear that the vaccine emperor has no clothes, that it is now simply laughable for anyone to suggest that the vaccines work.  If I were a rabid pro-vaxxer, I wouldn’t be saying much either.

The Covid data (from Our World in Data) show that Australian deaths since the start of the viral outbreak now stand at 8,771 at the time of writing and with the usual caveats about counting Covid deaths.  To put this in perspective, over 3,000 people died from influenza in 2017, a bad flu season; and just under 30,000 people died from all causes in January and February this year, as per the Australian Bureau of Statistics.

Here is a headline from the Sydney Morning Herald from early May 2022:

We’re living with COVID but more of us are dying than ever.

Again, it is all in the charts (courtesy of Craig Kelly at Telegram).  Kelly notes that Australia now has one of the highest Covid death rates in the world.  Highly injected Australia.

Keep in mind that key phrase, “highly injected Australia”.  This part of the story is far more interesting than the raw figures on Covid cases.  The American journalist and Covid sceptic, Alex Berenson, has done a recent deep dive into the latest surge of Covid in Australia.

Australia now has reported the equivalent of about 125,000 American Covid deaths, and the vast majority have happened this year.

And the widespread boosters have made no difference. New South Wales reported on Thursday that 82 of the 98 people who died of Covid in the week ending May 28 were vaccinated, including 64 who had received at least one booster.

Maybe even more stunning, of 41 people admitted to intensive care units, only two were known to be unvaccinated.

Because Australia had so little Covid before vaccinations began, it offers perhaps the clearest picture anywhere of the overall benefits and risks of widespread mRNA shots. Australians are being exposed to Covid largely after being vaccinated. The shots had plenty of time to work their magic.

If magic is the right word.

Overall deaths in Australia – where nearly everyone is vaccinated – are spiking.

Add Australia to the countries seeing an unusual surge in deaths from all causes following mass mRNA shot campaigns . The Australian government reported on May 25 that deaths in Australia were 21 percent above normal in early 2022. Even excluding Covid deaths, deaths were more than 10 percent above normal…

So, not only do excess deaths track vaccine uptake (“sudden adult death syndrome”, or SADS – yes, there is, as always, an acronym – as per the Royal Australian College of General Practitioners), as we have seen previously.  Covid deaths do too!  As always, correlation does not equal causation.  But the vaccine emperor, as I say, is starkers.  We now have a pandemic of the vaccinated.  Not only that, the vaccines-plus-lockdowns regime has effectively wiped out any opportunity we might have had to build up individual and herd immunity, the trusted strategy previously relied upon in dealing with viral infections – until 2020, that is.

The Australian experience with failed vaccines is similar to that overseas, with an increasingly negative relationship between vaccine shots and Covid prevention outcomes, across most age groups, and in most jurisdictions where these data are tracked.  Israeli data, for example, suggest that fourth booster efficacy is down to about eight weeks.  The United Kingdom regularly publishes figures on the performance of vaccines, and they show an inability of the vaccines to prevent infection, transmission hospitalisation and death.  Despite the claims of their most vigorous advocates.

Writing in New Zealand, Guy Hatchard notes: “There is no statistical difference between rates of hospital admissions for the vaccinated and unvaccinated.”

Here in New Zealand and in many other countries which still publish data, official figures show that the triple-vaccinated are in fact more likely to be hospitalised with Covid. In other words, mRNA vaccination damages health.

Even the medical establishment is now squeamish about talking up the efficacy of vaccines.  Hatchard again, this time quoting a study in the British Medical Journal (BMJ):

‘The vaccine effectiveness against death in people who received three doses of mRNA vaccine remains uncertain.’

Despite the mounting evidence of the ineffectiveness of the mRNA vaccines, the Covid class simply blunders on, as Hatchard notes:

In fact over the last 18 months the whole mythic edifice of mRNA vaccination safety and effectiveness has come tumbling down due to new scientific findings and assessments. So what do you do if you are a Covid mRNA vaccine proponent? Of course, you double down on your faith, you plough on regardless.

Then there was the case of the head of a Spanish pharmaceutical company caught buying a fake vaccine passport!

Police in Spain have uncovered at least 2,200 famous people, including José María Fernández Sousa-Faro, the President of PharmaMar, one of the largest pharmaceutical companies in Spain, holding false COVID-19 vaccination certificates bought from a nurse.

So even the Covid class knows it is all a scam.  It is a little like all those British party-gaters from Boris down ignoring their own Covid lockdown rules, knowing full well that they didn’t work.  You couldn’t make this up.

Australians largely seem not to have noticed this pandemic of the vaccinated, either the deaths themselves or the irony of it all.  At least some are noticing the rising death counts:

Epidemiologist Mike Toole, an associate of Melbourne’s Burnet Institute, said he was astonished that the increase in deaths wasn’t being addressed during the federal election campaign.

“We were told earlier in the year don’t look at the case numbers, look at hospitalisations, ICU admissions and deaths,” Toole said. “I’ve been looking at them and they’re going up.”

Toole estimated that the virus would be in the top five leading causes of death for 2022.

He noted that there were 272 COVID-19 deaths in the past week.

While some corporate media still routinely publish daily data on Covid cases and deaths, many do not, and Covid has certainly moved way down the list on the radio news.  There is precious little debate about it in medical circles, or in any other learned circles, despite the overwhelming evidence to have emerged.

The non-reaction of Australians to the recent and sudden uptick in actual Covid (cases, hospitalisations, deaths) across the country has been striking, even bizarre.

Equally noteworthy has been the willingness of Australians to simply “move on” from the policy madness that accompanied the earlier non-pandemic.  Simply to forgive and forget.

Equally astonishing has been the willingness of Australian governments to abandon harsh Covid measures, without real explanation or debate, and certainly without apologies to the locked-down or the sensibly unvaccinated for what we have all been through.

Paul Collits is an Australian freelance writer and independent researcher. He publishes widely across a number of Australia’s leading publications and has been one of the country’s single most cogent commentators throughout the Covid era. He has worked in government, industry and the university sector, and has taught at tertiary level in three different disciplines – politics, geography and planning and business studies. A collection of his writing published in A Sense of Place Magazine can be found here. You can follow his most recent work here.