The Best of 2022. Our Silent War: The Deplorables Epic Road Trip 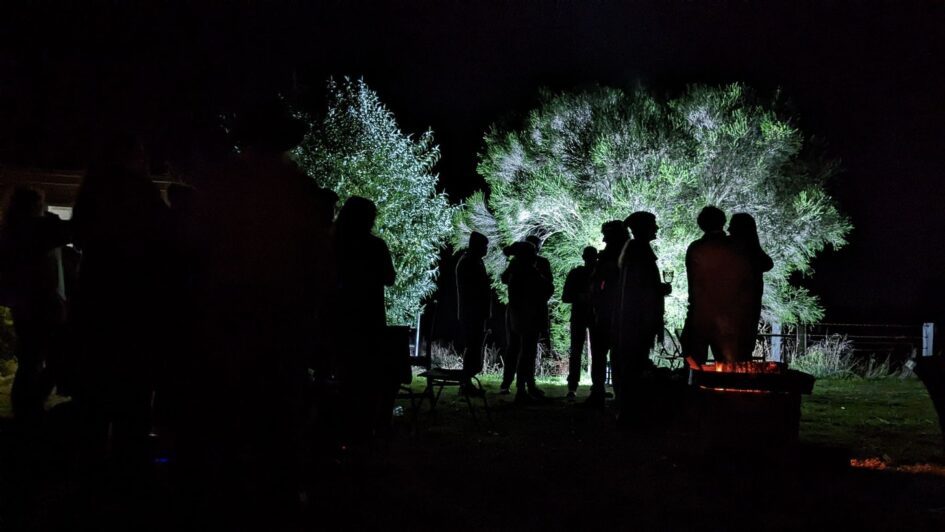 When I headed off, I was thinking I might be heading into a war zone. But by my fourth day I now know I’m too late. The war has passed. This country, my country has been invaded and is now occupied, and its people have been subdued. But instead of soldiers patrolling the streets and intimidating any local who looks like they might resist, the soldiers are now residing in these peoples’ souls, and the name of their controlling brigade, is Fear.

The truly conquered wear their masks properly. Their noses covered, their smiles hidden, their eyes like rabbits peering out of the burrows at the world that now frightens them.

Others walk around with the mask draped under their chin, ready to be pulled up at a moment’s notice, or removed just as fast if something miraculous happened.

Some don’t wear the mask, which is great for us, for us freedom fighters hide within their numbers. And I’ll get to us.

But the first group are the real concern. Often they are young, and they walk the streets or sit in the cafés, their heads up, proudly, displaying their joy of obedience via a personalised mask that they wear as if it was a swastika. There is no question as to whose side they are on. Maybe inside they have doubts, but externally they appear to be enjoying the new Authoritarian rule, the continuing evolution of the government’s overreach. And the Government and the Police show their approval of this by dancing at their marches, no masks, no gloves, no guns.

The last group is populated by people like us. This group of mismatched people crowding around our little truck, we call Charlotte. Some of these are holding our national flag, though it is upside down, others are nervous but excited to be in a group that the soldiers of fear have yet to conquer.

And we are not just the unjabbed, our numbers now include the double jabbed who don’t want the booster.

They are our hope. And we need hope.

Whilst the media bang on about the war in the Ukraine, they ignore, completely, the wounded and the dead left behind by this invasion of our culture.

People are not even allowed to die in the truth. Instead of an adverse rection, the world is told it was a juice fast, and that is only if you are famous. Mr and Mrs no one vanish into obscurity. Their existence kept alive by hushed whispers in conversations with other like minded folk. The wounded are the same. When they tell their doctors, or those doctors in hospitals that their injures stem from the jab, they are dismissed and often, sent home.

Myocarditis was once so rare, that if you were unlucky enough to have it, you could spend days in hospital, linked up to a heart monitor. My brother had it over a decade ago, and it was so rare they didn’t know what was wrong. Finally, it took a cardiologist, visiting from another country, to diagnose it.

Now I talk to people, who tell me how their husbands were sent home with pain killers, after being told their chest pain was caused by anxiety. Now our cardiologists are booked up for months. Now we have heart surgeons who are setting up to specialise solely to treat myocarditis.

And the evidence to back up my opening paragraph is, instead of the people being outraged, and burning down the vaccination hubs, and arresting the doctors and politicians, they, as ordered by the soldiers occupying their souls, work obediently to secure and maintain the silence.

But we are not all defeated.

Joe knows we’ll win. Seventy plus, he’s been here before. As a young man in Portugal, his father was in jail, a political dissident, and despite being offered asylum in another country he stayed and ended up in jail too for a while. But then the entire totalitarian regime, that seemed permanent to the people, fell. Yet for all the suffering that the Portuguese endured, there were no hangings of those in power, only exile, and only a handful of deaths, mainly on the freedom fighters’ side, before the people manged to wrench their freedom back from those who had taken it.

Until Joe, I’d never heard of this regime, or this civil war, yet this old freedom fighter, filled us all with hope by informing us that it is possible for the people to win no matter how entrenched the regime. Joe, who now laughs out loud to how this new regime labels him as a fascist, a Nazi.

They were who we died fighting, he said. Before wrapping his hand around the back of my neck, and as the campfire danced in his eyes, he looked over his glasses and said, We will win this Michael. We will win.

But it wasn’t a party that was listening in. This was another gathering of guardians. People from every demographic, most of them demonised, even by their own family, defending with no guns other than their integrity, our country, Australia’s Spirit. These are the people to find and join. For In the future you will either tell your children and grandchildren the truth, that you were one of us, or will lie, and say you were, as the last of the soldiers, forever entrenched in your soul will laugh like the crows I can hear cawing in the paddocks surrounding this, yet another resistance farm.

Michael Gray Griffith is one of the foremost writers and analysts of the Australia’s Freedom Movement. You can see more of his work at his Substack site here.

To read his previous epistle from the road Epic Can Spread go here:

This piece was originally published 18 March, 2022.