Men’s Lives Do Not Matter: The Virus of Government Misandry 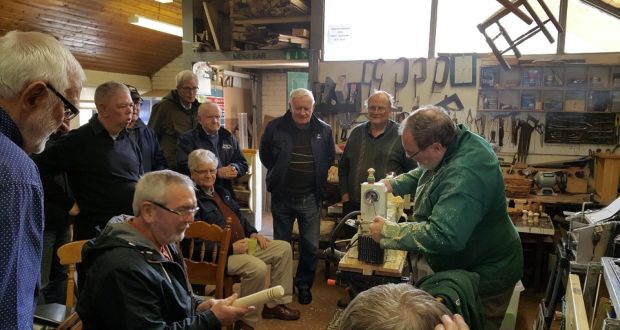 The Australian government seems particularly pleased to have been a world leader in compromising our future in order to combat a virus that may be no more deadly than the normal flu. Indeed, it is now becoming patently clear that this government has completely over-reacted to this virus.

Paralysing the entire country with tremendous social and economic consequences can only be seen as utterly unreasonable. The long term economic and health effects will be felt for generations and simply because the government grossly overreacted to flawed modelling that falsely predicted hundreds of thousands of fatalities.

First of all, this has never been a matter of lives lost from coronavirus versus the economy, as some have painted it and a line of thinking the government has tacitly endorsed.

Due to economic pressures caused by these government measures, suicide rates in Australia are forecast to rise by up to 50 per cent due to the socio-economic impact of government measures. These measures may give rise to at last 25 per cent more suicides, with up to 30 per cent of those among young people aged 15-25 years.

As can be seen, the Australian government has created a problem that appears to be much bigger than the coronavirus. Our ruling political class has developed policies that have endangered jobs by trashing the economy and seriously compromised the future of countless people.

But apparently it is not enough for the Morrison Government to adopt ill-conceived measures that have rendered countless Australian men jobless and thus unable to provide for their family and other loved ones.

It is necessary to push also for a radical feminist agenda that utterly demonises men and ignores the plight of male victims of domestic violence.

It has also announced a parliamentary inquiry into domestic violence will give only women a right to have their voices heard. Male victims of domestic violence are explicitly excluded from the terms of reference.

The terms of reference are patently clear: only women can be heard. “We must learn how governments, services and the community can better support women and their children, particularly when home is not a safe place to be”, said Minister for Women Marise Payne.

Note that nothing is said about male victims and their children.

As can be seen, the federal government is establishing an inquiry which assumes that no man can ever be a victim of domestic violence. Indeed, the Committee has received the explicit instruction to ignore the plight of men who must endure such violence.

Indeed, the inquiry is focused on the impact of COVID-19’s measures on the alleged growth of domestic violence against women and children.

Curiously, some feminists have openly stated that due to the draconian measures adopted by governments to fight the so-called “pandemic”, there has never been a better time to attack men and destroy the “nuclear family”.Advertisement

According to feminist theorist Sophie Lewis: “Far from acquiescing to family values ideology, the pandemic is actually an important time to generally empower [women]. We deserve better than the family. And the time of corona is an excellent time to practice abolishing it”.

Be as it may, it is patently clear that the stereotype often invoked by the Australian government is almost invariably based on an entirely biased and sexist approach.

There is just one inconvenient truth about such a gender-specific approach: domestic violence in lesbian strongholds far exceed such a violence in traditional marriage arrangements.

Furthermore, that women can be as domestically abusive as men has been confirmed by an overwhelming body of scientific evidence, which includes at least 125 scholarly investigations, 103 empirical studies, and 29 reviews and analyses.

Because of feminist conceptualisations of domestic violence, the social cost has been enormous and male victims are prevented from getting the necessary help from the government and taxpayer-funded social services.

For example, almost no shelter can be found for battered men escaping from domestic violence. As a consequence, the 2016 Australian Bureau of Statistics (ABS) informs that 60 per cent of all the 116,000 homeless people in Australia are men.

Also, death rates and homelessness for men aged 35 to 45 have risen dramatically over the last two decades, thanks directly to issues associated with domestic violence, marriage breakdown, and parental alienation.

Many men who sustain domestic violence report that they stay with their violent female partners in order to protect the children from their partner’s violence. These men are worried that if they left their violent partners, the legal system will still grant custody of the children to such violent women.

Naturally, I have absolutely no intention of minimising the serious problem of domestic violence against women, quite to the contrary. In fact, we must speak out loud and clear about violence against anyone.

I strongly believe that the Morrison government has the moral duty to abandon its own sexist approach, to start supporting every victim of domestic violence regardless of gender – male and female alike.

Otherwise, this government will continue to provoke further social harm by embracing an unfair gender-specific approach that prevents countless victims of domestic violence to reveal their plight and get the necessary support from social services.

This story encompasses the work of Dr Augusto Zimmerman across several stories originally published in Cauldron Pool and published here with his kind permission.