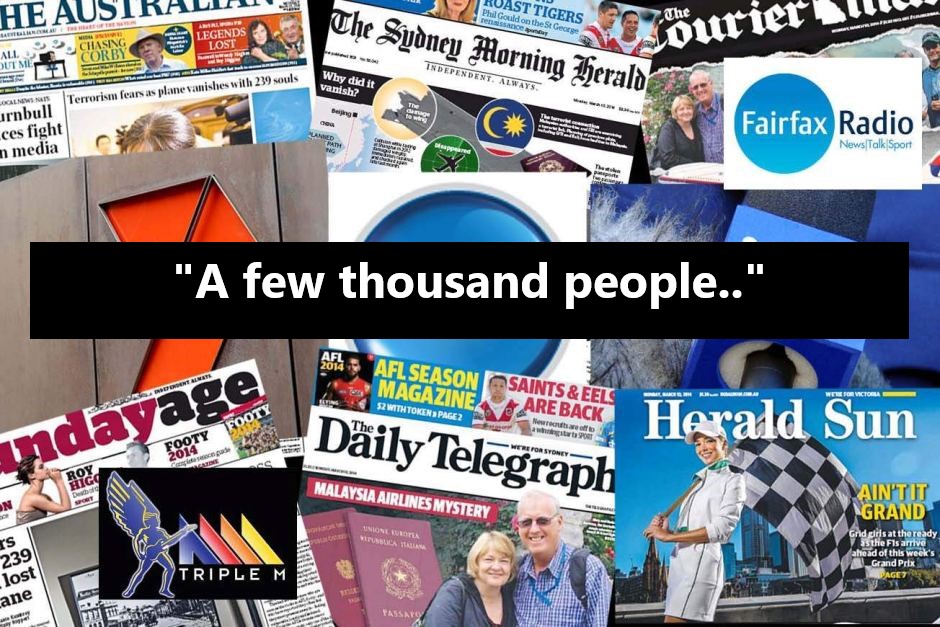 We have seen it time and time again: Dinosaur corporate media conglomerates regularly distort the truth, and in turn, create the popular opinion of the masses they pretend to reinforce.

Reinforcing consensus opinion was once the traditional role of the media. This was before mass social engineering helped to create false, manufactured opinions of the world.

This is why TOTT News was born: To provide Australians with a genuine alternative to the soulless propaganda machine that does not have the best interests of the people at heart.

As protests have increased across Australia to oppose biofascist authoritarianism in recent months, yet again, the media have been up to their old tricks. Particularly in Melbourne and Sydney.

At last weekend’s mass protest, the mainstream media were not welcome on-the-ground, as protesters unleashed a wave of bottled emotions at reporters, forcing them to leave. Similar scenes were witnessed previously at Brisbane’s rally, as the media were confronted for their coverage.

The media have an immense spell on the larger populous of Australia, and these people know it. They are the glue that holds all fabricated grand narratives together. How quickly things could change overnight if they simply examined the other side of the story from an objectivist perspective.

Through this period, TOTT News has always reported the full and open story, allowing readers to watch the footage for themselves and make up their own minds on the events.

See the following for a recent example:
Melbourne freedom protest: What the TV didn’t show you

However, it is time someone calls the media out for their own coverage of events — beginning with awe-inspiring scenes witnessed at yesterday’s protest in Melbourne to ‘Stop the Bill’.

Before having your mind distorted by the corporate viewpoint, take a look at some remarkable footage that has emerged highlighting the magnitude of the events.

Tens of thousands of citizens line the streets of Melbourne, outside of Parliament:

Drone footage shows the span of the crowd from an overhead perspective.

Now, after seeing these clips, let’s examine some of the lead stories from the media.

The Herald Sun is a daily newspaper based in Melbourne, Australia, published by The Herald and Weekly Times, a subsidiary of News Corp Australia. The local newspaper in the area.

What did they report yesterday afternoon following the protests?:

Perhaps this was just a mistake, and we would see a much more generous and accurate story in the next morning’s Sunday paper. See anything missing from this front page?

It seems the local newsroom in Melbourne must have missed the happenings in the CBD..

Next, we find Channel 9 deliberately cutting out sections of the crowd for their headline story on the ‘Stop the Bill’ demonstrations. Take a look at the pictures included in this Tweet:

How do these shots compare to the raw footage you have watched above?

It wasn’t only the TV outlets that were hard at work to downplay the size of the audience.

Countless newspapers and radio stations also highlighted irrelevant photos/sections of the crowd, while concluding that ‘a few thousand’ attended:

Was this photo above taken at 10am or something?

News.com.au focused on a single sign from the rally. Many outlets were outraged at the message behind a miniature gallows, and as always, highlighted one sign or banner for representation:

You wouldn’t even know that Channel 7 even made it to Parliament, as their leading story highlights the initial gathering before march at the State Library.

What is the result of this type of misleading coverage?

Here are a couple of examples:

Notice how David even criticises the media for reporting the numbers as “large”.

Perhaps they will report 100 people next time to please their cult-like audience.

Make no mistake, this is a sentiment echoed across the realm of popular society in the aftermath.

Once again, returning to the original points in this post, it is very easy for the media to claim they are reinforcing the popular opinion of the masses — when they create the opinion themselves.

Poor David (and others) have no idea that it was much more than ‘1,000 people’ outside Parliament yesterday, because the media intentionally hides the truth from the public.

It is time we all Turn Off The Television, unfollow their accounts and seek modes of information that aren’t tainted and attempting to skew our reality with simulated falsehoods.