Is Freedom even Worth the Effort? 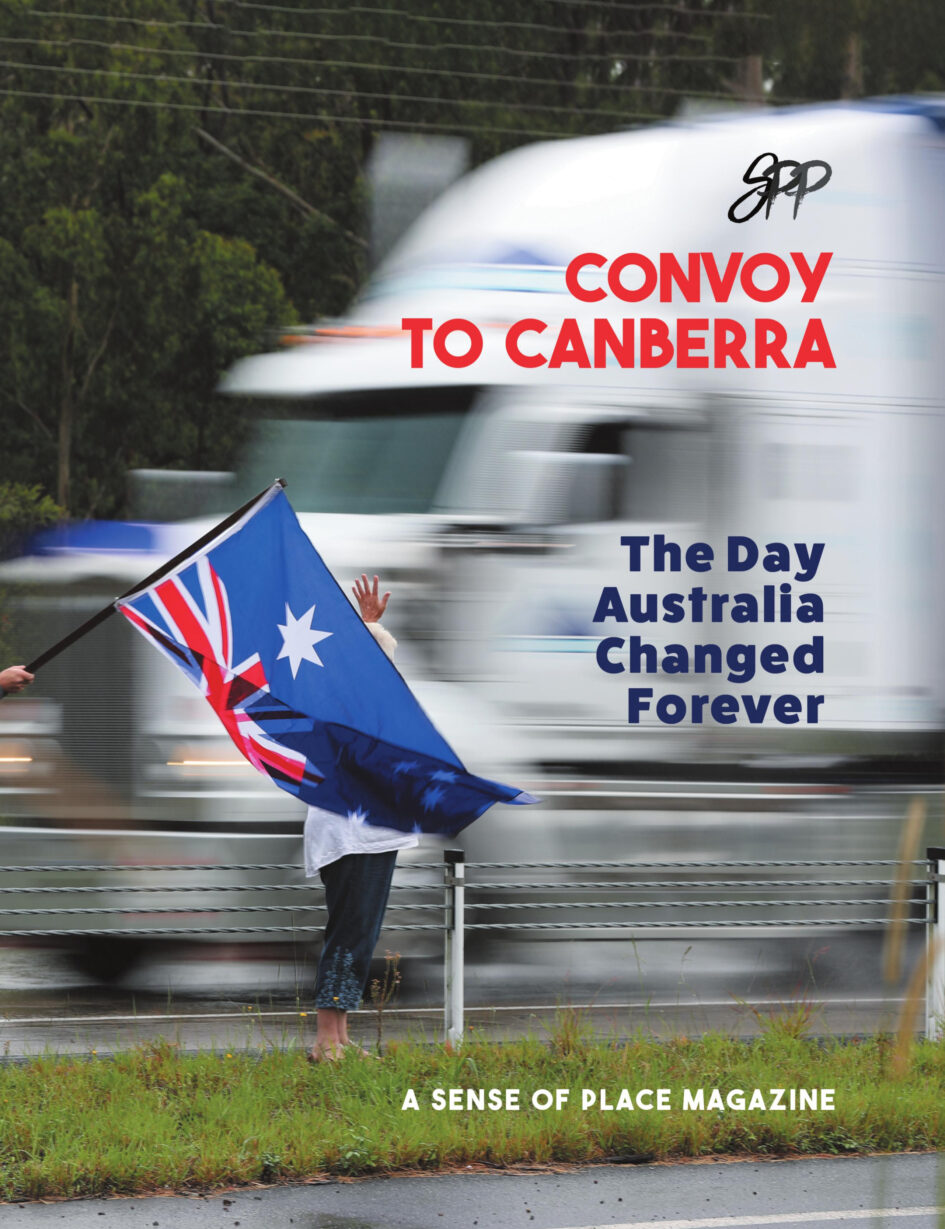 THE anti-mandate Convoy that descended on Canberra earlier this year could be the catalyst that delivers Australia from the brink of becoming an authoritarian State.

It could also come to absolutely nothing – handing power-hungry politicians a green light to continue their top-down control of people’s lives.

The Leftist press batted away the Canberra anti-mandate protests in the blink of an eye, sneering ‘you’ve had your say, now go home’.

The key question for me is, what did all this efflorescence of activism, goodwill, camaraderie and authenticity achieve? And did Australia “change forever”?

The protesters thought “this is history in the making”. Was it?

To answer these questions, we need to look at impact, both short term and longer-term. And, impact on whom? The convoy, in other words, needs to be placed in context.

The Leftist press batted away the Canberra events in the blink of an eye, with the unthinking, convenient, default characterisations of the protesters as conspiracy theorists and so on.

The sneering Canberra Times, effecting tolerance for the underclass while stifling a yawn, suggested on 12 February: “Protesters: you’ve had your say, now go home”.

Unstated – “and leave us to run the country”.

The then Prime Minister issued the usual talking points – endorsement of the right to protest, an appeal for peacefulness and a dig at the States who he (correctly but irrelevantly) identified as the perpetrators of vaccine mandates.

So, the convoy elicited few signs of panic among the political class.

What about policy impacts? The NSW Premier, much maligned since and with good reason, had actually moved on some of the more confronting COVID measures in December 2021, and did not engage in further wind-backs in response to the protest movement.

Victoria’s Daniel Andrews continued with vaxx mandates for workers until later in the year, with an eye on the coming election. Likewise, the other premiers.

It would be hard to make the case that the politicians were cowering after the protests, much as it hurts to say so.

What about the May Commonwealth election?

Here there are plenty of green shoots for the freedom fighters, though on the face of it a new Labor Government with Greens and Teals flapping about everywhere doesn’t portend much hope.

But, a third of voters either didn’t vote at all or voted against the major Parties.  The freedom friendly minor Parties (FFMPs) scored well over a million first preference votes, though not many seats at all.

Whether the message resonates that many loathe the COVID class Parties will depend partly on whether the Canberra convoy participants and supporters are able (or perhaps even want) to transform the sheer excitement of the Convoy and their bold reaction to specific threats to their freedoms into a more permanent, coordinated political commitment and longer-term effective actions.

There is a precedent and it doesn’t suggest optimism. This was Cory Bernardi’s attempt to turn the same-sex-marriage protest movement of 2017 into a political Party (the Australian Conservatives) that would win enough seats to influence policy outcomes. Never took off.

Currently the FFMPs are split in similar ways to the reported differences that emerged among Canberra protest leaders in the dying days of the “February revolution”.

There were arguments over tactics and direction, and some of the “leaders” simply vacated the capital and went home. This doesn’t augur well.

As is the case with the Right-of-centre protest Parties, which still consist of at least half a dozen disparate, micro-groupings with nary a seat in parliament to be found, and little indication of consolidation ahead.

While I don’t necessarily trust the polls taken in relation to the views of Australians about the appropriateness of lockdown and other COVID policies, it seems the case that the majority have thought their totalitarian masters did a good job.

Whether this cheer-squadding remains the case now that the vaccines have been widely shown to be unnecessary, ineffective and dangerous is another question.

But there is little evidence that the events in Canberra had a marked effect on the way Australians generally view the vaxx State.

There is another way of looking at impact.

Why not ignore the mainstream political process just as the convoy movement largely ignores the corporate media, and find alternate paths to redemption and prosperity.

Difficult to do when you don’t have a job. But there may be hope in the emerging parallel societies movement championed by Brendan Moloney and others.

I wonder how many of the “new family” described by the author of the newly released book Convoy to Canberra, John Stapleton, still keep in touch, still attend protests together, still engage in new politics-type activities.

There are ways of avoiding the COVID State. Take off the masks (of course). Advertise your views with what you wear. Engage with all media. Meet. Support warriors like Craig Kelly and George Christensen.

Persuade recently departed Coalition good guys – I know there aren’t many – to follow you down the rabbit hole, and away from conventional views about vaccines and other elements of the COVID narrative.

Cleverly the politicians tip-toed away from the big-ticket items of COVID brutality and maintain less harsh fear weapons now.

This inevitably will have taken some steam out of the protest movement. Likewise, the politicians have efficiently hidden the worst actions they committed whose ongoing effects (like unemployment and ruined businesses) are still felt.

The worst thing of all is, perhaps, the dawning recognition that the whole COVID pandemia seems to be a classic example of the “issue attention cycle” made famous by the late American economist, Anthony Downs.

After all the excitement of COVID – and, sadly, for many it was exciting – many Australians have simply now forgotten about it and have moved on to new issues.

Floods and war in particular, and now, a new government with its own, equally elitist agendas that are utterly irrelevant to most normal people.

Very cleverly, too, the political class has been able, so far, to explain the coming world recession in terms other than being the result of their own COVID madness and their use of the magic money tree.

The Canberra Convoy must move beyond an “event” and become a movement.

Otherwise, its capacity to change the nation “forever” will be miniscule, and the excellent work done by John Stapleton in telling the great Convoy story will not live up to the lofty hopes of its sub-title – The Day Australia Changed Forever.

To purchase on Amazon click on the image below: