HOTEL K: THE SHOCKING INSIDE STORY OF BALI’S MOST NOTORIOUS JAIL 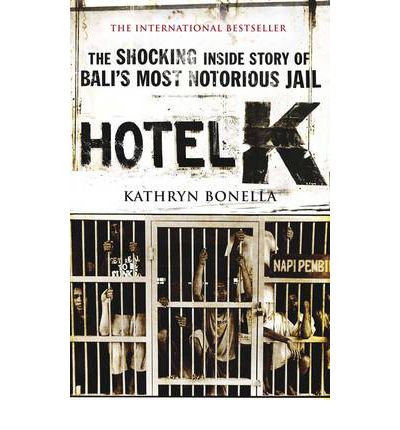 Hotel Kerobokan, or Hotel K, is Bali’s most notorious jail. With the murderous Widoto regime of Indonesian executing another group of foreigners for alleged trafficking, while the Indonesians who sold them the drugs are not so much as charged, the rank corruption of Indonesia’s notoriously dishonest justice system has been exposed for all to see. Widoto’s decision to ignore international outcry over the executions has plummeted his country’s reputation to new lows. Billions of dollars in foreign aid flow to Indonesia each to prop up this appalling regime. It is a clear abuse of international taxpayers resources and should be stopped. In Hotel K: The Shocking Inside Story of Bali’s Most Notorious Jail, acclaimed Australian journalist Kathryn Bonella exposes the inside of hell, Indonesia’s barbaric penal system.

Here is an extract from the chapter:

People come here and think it’s a paradise for sure, but it becomes hell, really, really quickly. – Andre, drug dealer 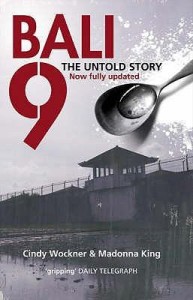 With his eyes covered, Alberto crouched in the police car, scared and vulnerable, desperately trying to focus on every twist and turn to keep track of where they were taking him. But it was futile. He quickly lost his bearings and when they stopped about 45 minutes later, he had a vague sense they were near Ubud – renowned as the peaceful, hippy heart of Bali, ironic considering what he was about to experience.

As they yanked him out of the back of the car, below the blindfold he could see lights directly ahead and dirt underfoot. The night was eerily quiet, but in the distance he could hear the drone of a busy road. Here, darkness surrounded him and he imagined vast rice paddies, which tied in with stories he’d heard of people being taken by Bali police to isolated windowless houses, and bashed.

They pushed him through a little iron gate. Tipping his head back slightly, he glimpsed unpainted walls, raw brick and a bare concrete floor – an unfinished house. He saw five pairs of feet in leather sandals – each slightly different; soon the trait that he would use to distinguish his captors. The air was full of tension; the cops were angry and for Alberto, standing impotently blindfolded, cuffed and vulnerable, every sound and touch magnified by fear and blindness.

He flinched as the cops grabbed his arms and shoved him into a room, pushing him to sit down on the edge of a bed. A door slammed shut, then boom, it was on, fists raining brutal blows into his stomach, ribs and back, a hand slapping his face, as someone else used a plank of wood to slam into his head. He was helpless, the handcuffs preventing him from even lifting his arms to shield his face. Against every human instinct, he had to just surrender his body to the blows. Even gritting his teeth, he could not stop crying out in pain.

After an hour or so, the cops slammed the door behind them, leaving Alberto slumped on the bed, hurting badly and trembling. He knew that was only round one; that they would be back to hurt him again, until they broke him down into helping them set someone else up. Right now Andre, who owned the pills, and Rafael, whose name the cops had already tossed out, were blissfully unaware of his predicament, oblivious to how close they might be to falling into the same dark hole if their friend broke. As he sat there, trying to slow his ragged breathing and pounding heart, he was praying that he had the grit to take whatever was coming without capitulating. 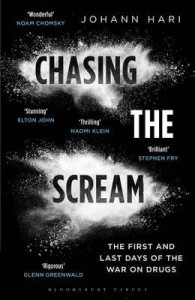 The worst thing was the hits on the head with a wooden stick. They have this big piece of wood, solid, heavy. They hit like on the side of the ear, on the top of the head, close to my forehead, on the back of my head. One guy hitting and another guy punching on the ribs or slapping the face, together, two guys, at the same time. My hands handcuffed behind my back. They hit me for one hour, two hours, then they go out of the room, and lumps come up on my head, and then they come again two hours later, and hit the lumps. That’s fucking painful . . . you want to cry; they make you see stars. That was heavy. That’s the real pain, the real pain. – Alberto

Whenever they left the room, Alberto slumped on the edge of the bed, feeling fainter and sicker, but his mind was trying to figure a way out. So far offering cash hadn’t worked because they wanted to create a domino effect – it meant far more cash in the end, as well as a bunch of high-profile arrests.

Sometimes he just sat zombie-like, waiting for the door to burst open, the sandals to stride in and the next onslaught to begin. Listening in the quiet intervals, he sometimes heard faint cowbells in the far distance, or a car horn, and always the constant drone of the motorway. The sounds of the normal world outside seemed surreal now that he’d been kidnapped to this place, which felt like a world spinning on a different axis, a parallel universe to the rice paddies and cowbells outside.

He still thought he was somewhere near Ubud – where people very close by were probably finding inner peace, meditating and doing yoga classes, or relaxing by the infinity pool with a cocktail. He thought of the irony of the Balinese image as being peaceful, gentle people, when these same people were sadistically bashing him with relish, trying to break him. 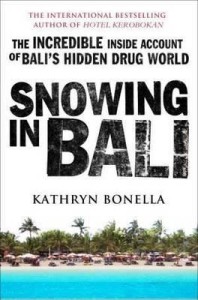 During the beatings, every so often they’d pause and snarl, ‘Come on, use your tongue, give us names.’ They were pushing him to set up a sting so he could ‘change heads’ and walk free. They held his mobile phone under his nose, taunting, ‘You want to make a call? Look, here’s your phone,’ then dropped it in his lap. They spat names out. ‘You know the coke guy? Rafael?’ Alberto kept shaking his head. His phone was full of dealers’ numbers but he knew there was no chance of the cops deciphering the nicknames.

The cops were randomly texting messages like: ‘Can I score some hash?’ But no one in the game ever used direct words, only euphemisms, so nobody was stupid enough to reply. Alberto kept singing the same tune, ‘I don’t do drugs business,’ aware his denials were perilous, but now sure – to the core of his being – that he would never snitch.

Fucking rats. I don’t even share the same table, the same bar, with people like that. Will you be strong and quiet and eat your own shit or will you give your mother to get away from your problems? That’s what it boils down to, and that’s what matters the most.

So in the end, after two days, they realised I wasn’t going to talk or set anyone up – I was already a fucking zombie – and they finally came in, saying, ‘Okay, let’s go. You’re not going to help us so you’re going to go to jail for 10, 15 years, is that what you want?’ I was like, ‘Okay, if that’s it, that’s it, but please take me to the police station. I wish I could help you, but I can’t.’ In two days they’d never left me for more than two hours; I didn’t sleep one single minute, didn’t go to the toilet, not once, I didn’t eat once. Maybe I had one or two glasses of water when they played good cop, bad cop. One guy hits me, bam bam bam, and the other guy, ‘Hey, stop, get out.’ And then, ‘Hey, I really want to help, you talk to me.’ I say, ‘Please, can I get a glass of water?’ ‘Okay.’ They bring a glass of water and I still don’t talk .
. . boom, the bad guy comes back in, starts bashing me again.
Always two guys bashing me. – Alberto

Finally, he was piled into the car, his blindfold removed and driven to the police station to start the next phase of hell.