Exposing the Wikipedia-Google-YouTube Axis: Who Funds the Free Encyclopaedia and What Are Their Motives? 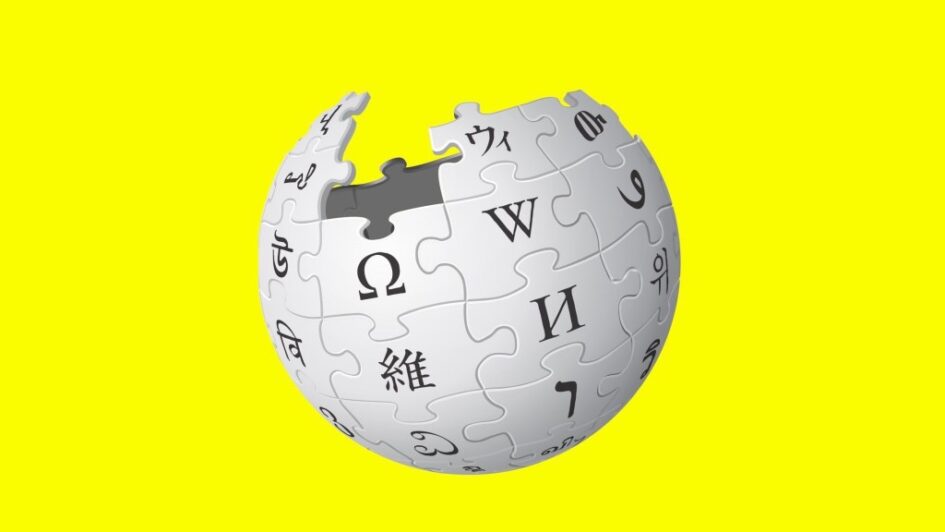 Wikipedia is generally thought of as an open, transparent and mostly reliable online encyclopaedia. Yet, upon closer inspection, this turns out not to be the case.

The website is a vast propaganda platform for the ruling establishment to push a variety of agendas and shape narratives, thus further building a controlled consensus of reality.

Wikipedia can be a useful tool for learning about celebrities, sports stars and science.

But when it comes to politics, Wikipedia is a propaganda platform for corporations, politicians and public relations specialists to push agendas, shape narratives, ruin reputations, marginalize opponents, and build a consensus to support policies that most human beings oppose, such as big power rivalries and multilateral nuclear armaments.

Despite its undeserved reputation for reliability, Wikipedia itself says: “Wikipedia is not a reliable source. Wikipedia can be edited by anyone at any time. This means that any information it contains at any particular time could be vandalism, a work in progress, or just plain wrong.”

Wikipedia is also an exercise in Orwellian doublethink. Despite being admittedly unreliable, it is seeking to shape the narrative around COVID-19.

In 2020, escalation of coronavirus contagion was met with the following response from Wikipedia, a direct contradiction of the above quote: “With the uncertainty surrounding the outbreak of the [COVID-19] pandemic, we want to reassure our readers across the globe that our volunteers are working to bring you a trusted source of unbiased information.”

In November 2020, it was reported that the UK government’s Scientific Advisory Group for Emergencies had produced models based on data from Wikipedia.

Historian Daniel O’Sullivan argues that “Wikipedia has the potential to proliferate voices and dissent—and yet the increasingly bureaucratic ‘policing’ of its content … means it is in danger of mirroring the typical knowledge economy of the West.”

Funded by a politically-connected Foundation, maintained by an army of bots, filtered by an Arbitration Committee and constrained by editorial codes of conduct, the political entries on the free encyclopaedia are typically biased in favour of Western interests and at times littered with errors.

Co-founder Larry Sanger said of the biases of editors: “The skills to marshal an argument, and represent the facts correctly are all skills encouraged by a solid liberal arts education. It’s a problem associated more with a lack of training in the liberal arts.”

This means that undereducated, employed and non-tech-savvy individuals, i.e., the broader population, haven’t the time, skills or inclination to participate in editing Wikipedia. This has implications for the quality and slant of Wikipedia’s content.

A scholarly study of Wikipedia (paywall) finds that the average editor is “a young, well-educated, and affluent Western male with time and resources to invest in this voluntary activity.” Given their typical class backgrounds, it is probable that Wikipedia’s editors will have a politically liberal bias.

But this bias will likely be at the expense of any ideology, event, movement or individual considered to be a danger to “liberal” interests; be that enemy too far left or too far right.

Wikipedia was co-founded by James Wales, a follower of Ayn Rand, the so-called “libertarian” who inspired, with others like Friedrich Hayek and Milton Friedman, right-wing American economists to devise and impose the “neoliberal” economic model on the world that has wrought social havoc for the last four decades.

Wales also hobnobs with the global power elite. As well as attending World Economic Forum events, he married the diary secretary of Britain’s former PM and war criminal, Tony Blair, who attended their wedding. He met with Blair on the private Necker Island of Richard Branson, owner of Virgin airlines.

But, more importantly, the Wikimedia Foundation that helps to keep Wikipedia going is funded by:

Wikipedia works in tandem with other big websites.

Most online videos are watched on YouTube, which like Wikipedia is one of the world’s most visited websites. But for the last couple of years, YouTube has incorporated Google-style knowledge panels beneath certain videos and beneath its search field, both as a disclaimer and as a way of directing the thoughts of the YouTube user back to the elite view of reality, which, via dissemination across social media and search engine results, they hope will maintain or become the consensus view of any particular subject.

Most of the knowledge panels were Wikipedia, though more recently the Encyclopædia Britannica has been used as “Context” for some subjects. For instance, searching for “Holocaust” in YouTube used to link to Wikipedia, but now leads to the former source. Perhaps this indicates that Wikipedia’s reputation among fellow tech giants is in decline?

But consider bias in YouTube-Wikipedia’s treatment of domestic vs. foreign media. According to the Google-YouTube-Wiki alliance (Alphabet owns Google and YouTube), Russia’s state broadcaster RT is “funded in whole or in part by the Russian government” (e.g., here).

Whenever one watches any RT video on YouTube (at least the English language version), this knowledge panel appears. The accompanying link is to the Wikipedia entry on RT.

This inclusion of Wikipedia by YouTube legitimises Wikipedia and creates an unconscious notion that it is a reliable source: otherwise, why would YouTube or indeed any organization use it?

However, according to YouTube’s knowledge panel that appears beneath all BBC uploads, Britain’s state broadcaster “is a British public broadcast service” (e.g., here). The link is also to Wikipedia’s entry on the BBC.

Compare the language. One is “funded in whole or in part by the Russian government,” the other is “a public broadcast service.” By implication, Russia is bad and Britain is good.

A truly neutral organisation would state that both RT and the BBC are state-funded propaganda machines. But Wikipedia is primarily a US entity and Russia is the enemy of the US.

It follows that Wikipedia’s US-based, English-language contributors would be culturally biased against the Russian state or indeed any country that doesn’t mirror US “values.”

With all of the evidence above in mind—the “neoliberal” views of its millionaire co-founder Wales, the multibillion dollar US multinational corporations that fund it, and its structural biases and internal politics—is it any wonder that Wikipedia’s content tends to be liberal but not pro-working class, progressive but not anti-war, and environmental but does not fully expose the big polluters?

(Compare its appallingly fawning entry for David Koch, for instance, which focuses on “philanthropy,” to the reality of the Kochtopus.)

Wikipedia is merely another cog in the monopolistic machines of big tech that, along with Google, Facebook, Twitter, and YouTube, seeks to drive users to content that has the approval of the big banks and other masters of society.

It is imperative that in the absence of government intervention to break up these monopolies, internet users seek alternative platforms.