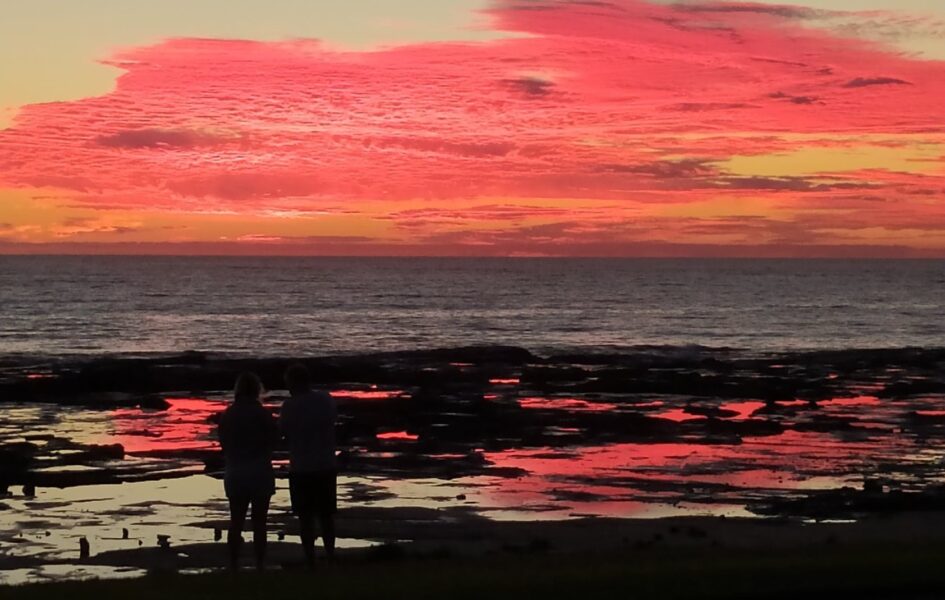 The onslaught of Covid incompetence came at a time when the nation itself was on rocky ground.

Those who would doubt Australia’s democracy were spread far and wide.

Trapped in circumstance, Old Alex was reliving his own version of The Crucible.

Because of that old piece of whorage: “One sliver of truth is enough to destroy a pack of lies.” Or in this case, a House of Cards.

The remarkable talents of the species were already being whispered in the wind, or more precisely, academic journals. Humans, barbarians to a man, were capable of detecting a single photon of light in a darkened room. They were capable of hearing voices from hundreds of yards away. Of creating great art. Of astounding scientific discoveries. Of being unleashed across an entire fantastical circumstance; and so it was, or so it seemed, as he careened with the nation into that fatal year 2020.

Jihadis had long predicted that 2020 would be the year when Islam became the world’s dominant religion, when the entire planet would become worshipers of Allah.

Not all prophecies come true; but they were right in one sense. Nothing would ever be the same again, whether it be The Great Reset or The Great Reimagining. Or just simple, no plan whatsoever, chaos; the fickle fortunes of organics.

In How to Destroy a Nation: The Failure of Australian Governance, he laid out the steps you would take, as if the country had been overtaken by a divine malevolence. Well, maybe it had. What other explanation could there be for the train wreck being so cunningly created.

He set it out in dot points. If you were to destroy an entire country you would first of all destroy its energy sources. Australia had gone from having some of the most cheapest electricity in the world to having literally some of the most expensive, due entirely to government manipulation and the cult, if you like, of renewables. A fact which made everything from corner stores to industrial warehouses extremely expensive, if not cripplingly so, to run. From a workers’ paradise, where effort was rewarded, to a battering ram of lost dreams of personal and financial independence. Every loss was a lost life, and not just theirs, but the generations to follow.

Dream after suburban dream destroyed. The natural productivity of the people crushed under a blizzard of invasive regulation, excessive tax and public maladministration.

With some of the most expensive electricity in the world, both individuals and businesses were suffering. Even the infrastructure had been sold off by the greedy end of town. The light poles outside his front door were owned by a Chinese company. What sort of country does that?

What sort of person sells out their own country and immediately seeks shelter in the nation’s boardrooms? And lies to the people, telling them it was all in their own best interests, as literally billions of dollars disappeared into the pockets of The Very Big End Of Town, their mate’s pockets.

This was a morally bankrupt government, front and centre.

If you wanted to destroy a country you would destroy its communication systems.

In a government-engineered fiasco, Australia had amongst the slowest, most expensive and most unreliable internet in the world, at a time when the rest of the world was rushing online. It suited the government to have an ignorant population. It didn’t suit Old Alex.

Former Prime Minister Malcolm Turnbull’s mishandling of the National Broadband Network, essentially destroyed to favour the business interests of the conservative’s most powerful ally, media mogul Rupert Murdoch, was regarded as the worst infrastructure project in the nation’s history.

For $50 billion of public money and a $50 billion loss of value to the telcos, and counting, by law millions of Australians were being forced onto substandard internet. Only the Australian Liberal Party could spend that amount of money, only to make things worse. These great proponents of free enterprise, these masters of the universe turned masters of the dodge, were perfectly happy to force the population on to their substandard product.

Billions, eye watering sums of money, squandered. Rip off the poor. Give to vested interests. Retire before you could be held to account.

Is that not malevolence?

Each day In Australia, millions of transactions, from restaurant bookings to online purchases, simply didn’t happen because the internet was too damn hopeless. Technologies, including virtual reality, were virtually unknown in the Great Southern Land because the internet simply couldn’t carry them.

Elsewhere programs such as Twitch, where millennials were live streaming their entire lives or setting up cyber bars to enjoy each other’s company, were transforming connectivity and — in the process — humanity.

Not in Australia, where humans were being sentenced to a sub-Arctic world of frozen ignorance.

In an era of remarkable connectivity, and thereby species wide transformation, Australians spent half their lives looking at buffering symbols.

Artificial Intelligences and their human adjuncts grew smarter by the day, by the hour, fast forwarding their own generational machine growth. While Australia grew ever dumber. He could ring his hands in despair. Or hope for the best.

He pounded out the stories on his newly discovered Medium, recommended to him by a clever operative of dubious lineage and wayward mental health. Enough said about that one.

As Prime Minister, an imperious Malcolm Turnbull failed to apologise for the disastrous rollout of the National Broadband Network, one of his signature, most expensive and most consequential failures. The NBN was a symbol of his leadership: a mind-bogglingly expensive stuff-up from beginning to end.

Metaphorically, Australians were coming down to their shores and gazing out to sea in wonder at yonder worlds; places they could not see and experiences they could not have because their internet was so damn bad.

All of this was on Medium, and for one singular moment, as he pounded away through the early hours in that tiny, lonely house on the Australian east coast, he could feel all that was transmitted, and was entranced.

It was an illusion, that sense of belonging to a greater mass. Their rules, their rules of woke and transgression, were simply not his. He had been around the block once too often to buy in. Well, that was not entirely true. For a time he was entranced. He became, in his own small way, a great supporter and proponent of Medium as the publishing platform of the future, something that a remote country like Australia should embrace, to leave the shore, to join an oceanic consciousness enabled by the internet.

All around he could feel a gathering storm; a greater flow, a past that could not be denied and a future they could not embrace, a torrent below a bridge.

He went into attack mode, and waited to be destroyed. While each day he harnessed intelligences beyond the realm.