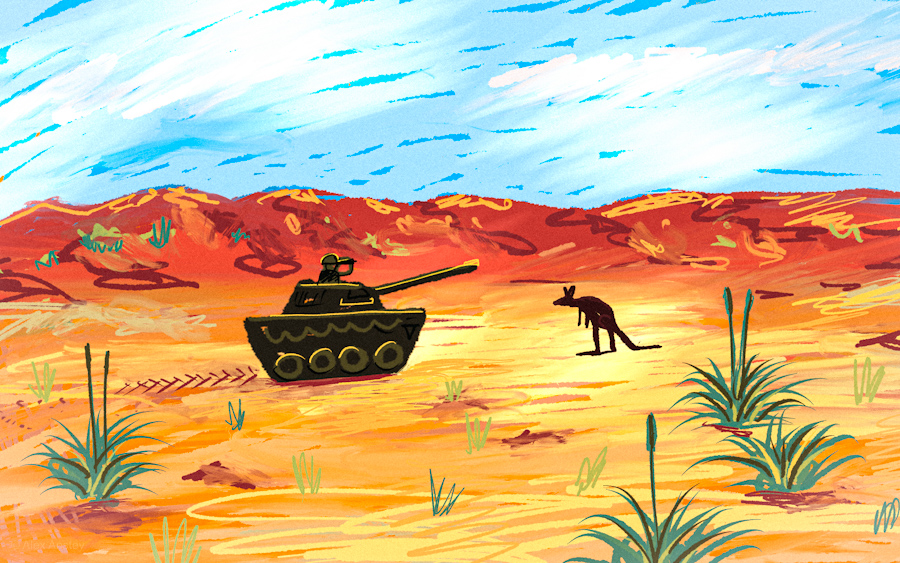 The blow-out in Government spending on Defence continues unchecked and unabated despite the coronavirus. The bulk of it goes to multinationals who pay little or no tax in this country. Is nobody watching? Callum Foote looks at the latest analysis of AusTender data by Greg Bean.

Michael West Media has previously highlighted the $80B military splurge in this 2018 article, and other spending extravagances here and here. More recently, we uncovered the Liberal Party spending boobytrap for the 2019 Budget and the lobbying saga of Christopher Pyne joining EY’s defence consulting operation.

There has been an aspect of government defence contracts however which has remained almost reported until now. This is the matter of “new” versus “amended” contracts, large military-industrial spending commitments that is which have not been put to tender but simply extended.

AusTender contracts are open for amendment, like any contract, if both parties deem a change in the terms of the contract to be beneficial. The New vs Amended Contract Commitments are shown in Figure 1.

Note that, between 2011 and 2017, the amendments to prior contracts represented a reasonable, rational, believable increase. These considerations were clearly dropped in 2018 as contracted which were previously signed and settled were amended by an additional $39 billion. This aligns with and supports our ‘poisoning the well’ thesis leading up to the 2019 Federal election.

In 2019 there was a decline in amended contracts, however. It seems that defence contractors have seen the profitability, and perhaps the willingness of the Department of Defence, in amending contracts; and for the first time in 2020 the price of contract amendments has outstripped even the contracts themselves!

Then there is the broader issue of how government allocates its spending. Spending by the Department of Defence has grown to mammoth proportions of overall spending as shown by Figure 2 below. 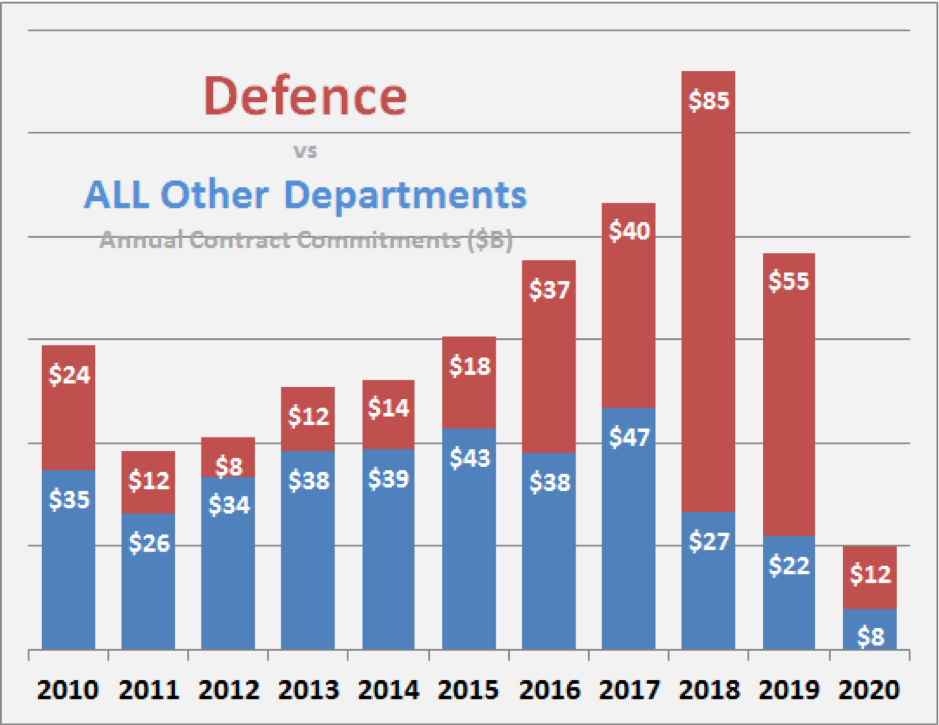 As you can see, from 2018 onwards, defence spending has ballooned disproportionally to all other spending, raising the question of whether spending on other government services has been suppressed to accommodate military spending.

In line with the observations that amended contracts have come to inflate defence spending numbers, so far in 2020, in spite of the shocking coronavirus recession, defence spending has outshone all other government spending.

Figure 3 shows the steady increase in defence spending as a whole over the same period. Initial estimates of the increase in defence spending since this data was released are that an extra billion dollars have been spent by the Department of Defence in the previous 8 days.

So, what is being bought with this massive increase in defence spending?

Approximately 35% of all Department of Defence spending between 2010 and May 2020, $137.6 billion, is classified as Major Vehicle Purchases. The sub-classifications are broken down in Figure 4 and lend weight to the argument that the bulk of defence spending goes towards toys-for-the-big-boys rather than 21st-century defensive gear like drones, cyber-security hardening, chemical and bioweapon defences, etc. 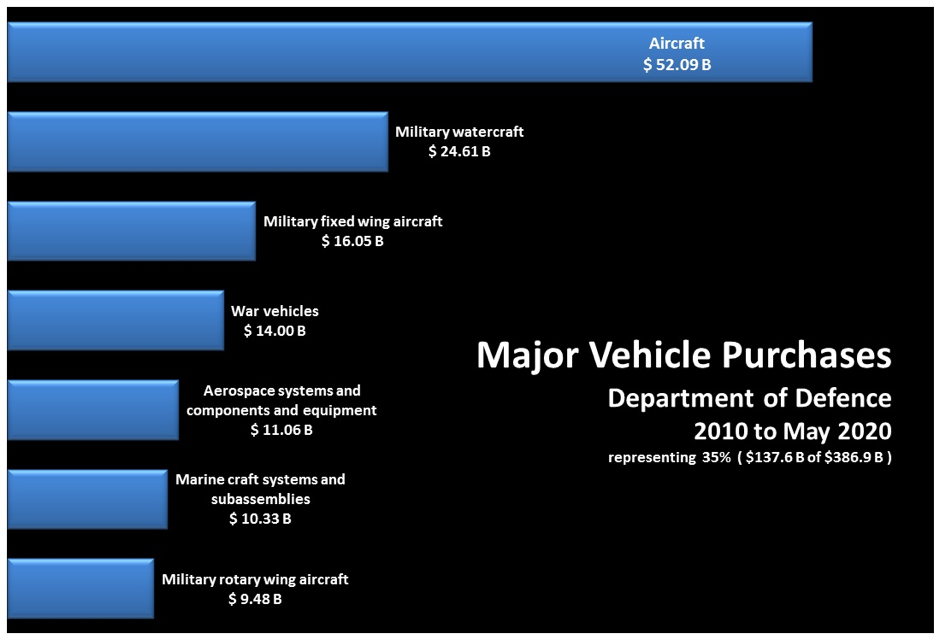