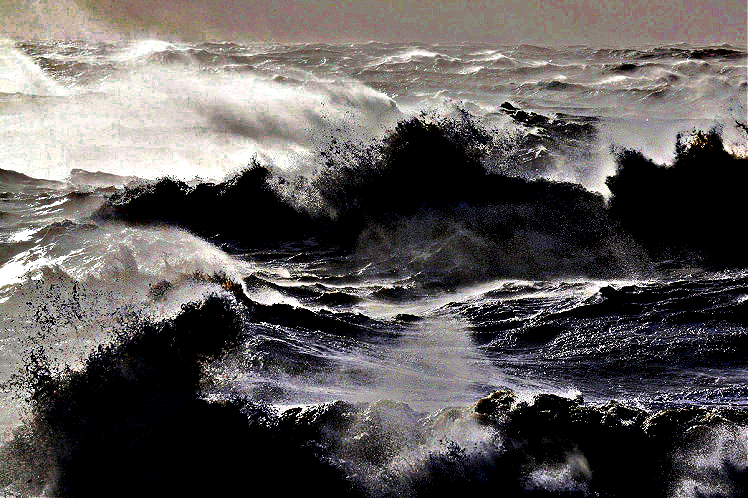 The spooks were easy to spot. Most Australians couldn’t afford a new iPhone, and certainly not in that part of town.

Old Alex felt decidedly unsafe, packed up the apartment, both glad to be out of there and angry at being made homeless, relentlessly pursued; as if he had any choice in what he wrote. He could no more write a lie than fly to the moon, it just wasn’t in his nature.

He flew first to Saigon aka Ho Chi Minh City and then on to a tourist island off the coast.

On the third day he found himself booking into a group of cabins overseen by an 84-year-old Frenchman, Michel Desmarquet, who was quick to inform him that he was the author of the once bestselling book Abduction to the Ninth Planet.

The story of being abducted by aliens was entirely true, he insisted, people were blind. There was a spiritual element to everything. He had been abducted and then returned to tell the world what he saw,
but people did not listen.

At one point the book had been outselling The Celestine Prophecy, a 1993 bestseller which postulated that human consciousness was moving from a belief that the world was governed by divine forces, through to faith in scientific inquiry, then to a hyper-focus on materialism – and, once a restlessness of soul set in at the finiteness of consumerism,
ultimately to another leap into higher modes of cognition.

Michel also had a message of hope, that humanity had much to learn, that a shift in consciousness was in the offing.

“Are you making up the story about being abducted by aliens just to sell books?” television interviewers would ask him.

“Would I make up a story like this and embarrass myself?” was his response. “Why would I do that?”

Michel told the story in such a plausible and simple manner that other tourists who sometimes came to join them would ask quietly: “Is it true, was he really abducted by aliens?”

Alex would look at them, as if to make sure they recognised their own question, and shrugged: “I don’t know. He believes it.”

As Michel told the story, in coordinated prayer vigils a million Catholics across America had prayed for the exorcism of his spirit.

No ordinary book of fantasy or science fiction attracts such attention.

“Makaks,” Michel said dismissively. “Monkeys. Can you believe it? Makaks!!”

However fantastical Desmarquet’s claims may or may not have been, he was convinced of them.

In the 21st Century after Christ, anything came to seem possible. Where only a short time before no planets were known to be circling other star systems, by 2016 more than 3,200 planets had been confirmed. Far from humans being the centre of the universe on a flat Earth, astronomers were now suggesting there could be more planets than stars. Significant numbers could support life.

A population habituated by decades of science fiction seemed to find little remarkable in the death throes of the idea that humans were the peak of evolution, alone amongst all creatures the possessors of souls, central to God.

Instead the chances of humans being alone, rather than inhabiting a universe teeming with life in many different forms, came to seem more and more unlikely.

Throughout history, man had yearned for the stars.

There were now 21 known exoplanets circling habitable zones, places capable of harbouring life. The ultimate aim of the missions was to determine whether or not humans were alone.

Increasing numbers, including Michel, claimed to already know the answer.
Alex and Michel immediately hit it off, and each afternoon would convene to play chess.

Michel was an uncanny player, a worshipper of the game, and would always allow Alex to win one out of every four times, just to encourage him, adjusting his level of play as Alex’s rusty game improved.

Michel told a different story about the origins of chess to those he had previously heard.

Sensing someone who could be trusted, Old Alex quickly told him his problem, that he was struggling to finish a book titled Terror in Australia: Workers’ Paradise Lost because he felt his every keystroke was being followed and commented upon.

In short, he felt very badly harassed, under siege, intimidated and in
danger.

“Stop right there,” he would so often hear coming out of the ether; and again those lower down the pay scale would be obliged to relay his dreams, his mutterings, his words. As if it all meant something, as if those re-run dreams and creative musings were a threat to them worth suppressing.

In his waking dreams he heard someone say, “We tried to connect him with others, but he wouldn’t have a bar of them,” and if everything went flashing away, if everything was caught in The Places in Between, then so be it, there would be no tomorrows, and a million tomorrows. He wasn’t the same as them. It wasn’t a natural or acquired gift. He had been planted for a purpose. It was neither comfort, talent nor bliss. He didn’t want to be here. He wanted to go home; but had no home.

With all the grandiosity of which he was so capable the chess champion of the island rose to his full stature and said in his heavily accented English: “You are under my protection.”

The impact of the Highly Improbable.

Predestined, sent there by fate and fortune and the spirits, the island came to seem like the only place on Earth where he could “finish the task at hand”.

It did seem as if a protective envelope cloaked the complex of wooden bungalows.

Desmarquet had one of those psychic intelligences that could barely be contained within a human skull; in the night Alex could hear the old Frenchman playing chess in his dreams.

And it was nice to give the shifting shifts of the Watchers on the Watch a beachside holiday.

As the prophet Ezekiel wrote of one of his visions: “In the midst of the living beings there was something that looked like burning coals of fire, like torches darting back and forth among the living beings. The fire was
bright, and lightning was flashing from the fire….

In his waking dreams, the thousands of his kind who had been nominated had all been warned that being seeded into the timeline of a planet known to some of the local populations as Earth was an extremely complex operation. They might be technologically advanced, but it was a certainty not all of them would survive. And amongst those who did, some would be seeded into the wrong part of the timeline, and would just have to wait out
their time.

A race of cluster intelligences, they knew their duty.

If the situation had not been so urgent, they would never have undertaken such a mission.

The book complete after six weeks of working from midnight to 5pm, Old Alex’s time on the island drew to a close.

“You were abducted by aliens and I’ve been trapped on this planet for a hundred million years,” he told the old Frenchman with a kind of homely laugh, as they settled in to play chess at the café for the last time. “We make a great pair. There aren’t too many people like us.”

On that, they agreed.

But it was increasingly untrue. There was now a network beginning, as new styles of consciousness lit up across the globe. The hidden were waking up everywhere.

For every birth a death, every destruction a creation, every extinguishment a rebirth. Every dark age brought its own enlightenment.

There were many divines about in that strange, compelling, confounding time.

As the inspired mystic Herman Hesse wrote in his essay The Magic of the Book: “With all peoples the word and writing are holy and magical; naming and writing were originally magical operations, magical conquests of nature through the spirit, and everywhere the gift of writing was thought to be of divine origin. With most peoples, writing and reading were secret and holy arts reserved for the priesthood alone.

“If today the ability to read is everyone’s portion, still only a few notice what a powerful talisman has thus been put into their hands.”

Or as Sydney-born Pulitzer Prize winning author Geraldine Brooks puts in The Secret Chord, written words were once known as god signs, by those who understood that words have power.

The book is a magnificent piece of literary channeling of King David’s seer Nathan:

“The truth is, the people abide my kind, but no one loves us. There is awe, but no affection. We grow used to the turned shoulder, the retreating back, the bright conversation that sputters to a murmur when we enter a room, the sigh of relief when we leave it. I have never become used to it: the awe the common men have for my kind. I suppose it is because I feel no more than a common man myself. Even less, perhaps. No more than a tool in the hand of an unseen craftsman, something to be used as needed and then cast casually aside. They do not understand that I am given only to see those matters that roil the heavens.”

They both departed into their own uncomfortable and exultant futures. Sometimes Old Alex called still hear Michel’s “clack clack clack” of rapid chess moves, and wondered what he would make of the mad, fantastical unfolding of the present day.

A Sense of Place Magazine, Abduction to the Ninth Planet, Hideout in the Apocalypse, John Stapleton