Churn of the Ocean of Milk: The Rise of Techno-Fascism 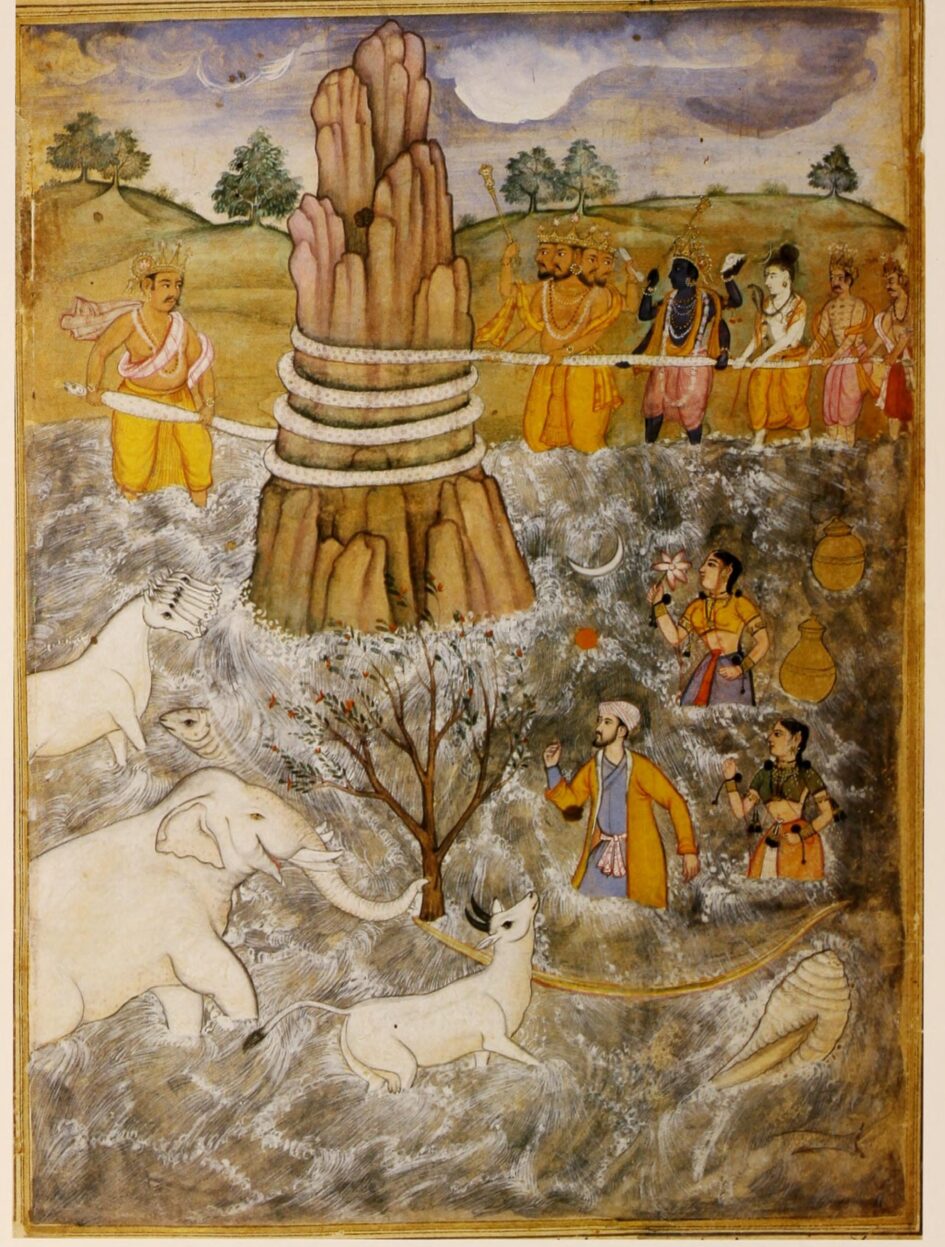 Mid-20th century fascism was woefully limited in its capacities and reach. The new technocratic-fascism, however, arrives at the new golden dawn of the Fourth Industrial Revolution, ready to extract the population for all the bio-capital information it can.

It is imperative that people learn to tenaciously fight to defend fundamental freedoms like speech and religion, association, privacy, self-defence and refusal of medical treatment.

Particularly in Australia and New Zealand, where the extents of this new technological tyranny are being displayed as a message to the rest of the world. We are the test dummies.

Amidst the socio-economic disruptions caused by COVID-19, the human race is simultaneously also learning to adapt to the newly emerging systems and processes.

I am reminded of the mythological story of Samudra Manthan, or the ‘churn of the ocean of milk’, mentioned in the ancient Hindu scriptures. The churn is a battle fought between the gods and the devils in order to obtain Amrita — the nectar of immortal life.

The battle is similar to the one the world is facing today, in which humanity seems to be facing a similar, more concealed devil, to protect the future and ensure the freedom of many societies.

There is a looming uncertainty, distress and fear for life. In fact, much like the poison initially spilling from this mythical churn, the pandemic is also throwing its challenges — in terms of economic slowdown, mass panic and the need to adapt to new business models, to name a few.

Suddenly, everyone is wearing a mask, social distancing is drummed into our heads, stores are all hiding behind plexiglass and there are stations detailing where one must stand. Politicians, doctors and media continue to lie, while stories are outright invented, or bought and paid for.

Over seventy years have passed since the publication of George Orwell’s Nineteen Eighty-Four, and many aspects of this accurate vision — from omnipresent mass surveillance to the creeping influence of Newspeak — became commonplace long before the ‘pandemic’.

In the pacific, scenes almost unimaginable have been unfolding for six months now, as the state leverages power based on systems that have incrementally been introduced over decades now.

Australia and New Zealand have a history of being compliant to authority in the face of significant national events. Young countries, yet to live through the horrors of totalitarian rule, citizens of both nations have blissfully remained unaware of greater grabs for mass control.

We only need to think of Port Arthur or the Christchurch Mosque events, for example, where millions have disarmed themselves in the face of a strong, state-driven information campaign.

More recently, federal and state governments have passed successive legislative amendments in that threaten fundamental rights to protests, privacy and liberty. From vaccine coercion, to foreign investment takeovers, to overseas wars and more, the pacific is truly engrained into the control web.

Both nations have become submissive to international bodies like the United Nations and the World Health Organisation, which play a leading role in setting normalities for national legislation.

Consolidated media forces have ensured a one-way stream of propaganda is delivered to respective populations, allowing for many of these moves to go unnoticed or under the guise of illusion.

Finally, we have seen the birth of a modern biometric dystopia unfold in recent years, including unwarranted mass surveillance, facial recognition integration in society and much more. See my articles in New Dawn #176 and New Dawn #177 to get a better perspective on the spying state.

Indeed, the public remained asleep as a system of greater control crept around them, building the blocks that would one day be used to enforce a new era of technological suppression.

If by crisis is a means in which the ruling class achieve their political ends — just think of the famous ‘never let a crisis go to waste’ playbook — then imagine what coronavirus means to the plan.

What a dizzying opportunity for them to achieve massive goals.

In his landmark 1992 study of democracy, The End of History and the Last Man, political analyst Francis Fukuyama wrote something profound that has stood the test of time:

“The totalitarian state, it was believed, could not only perpetuate itself indefinitely, it could replicate itself throughout the world like a virus.“

Since March, Australia and New Zealand have been subjected to a revolving door of quarantine orders, punishments imposed for violations and the deployment of soldiers to enforce the decrees.

During this mass psychological event, medical martial law has been introduced to enforce the ongoing narrative, underpinned by legislative pieces that suppress fundamental human rights.

Criminalisation of leaving your home, gathering with others and shopping for things the state decides ‘you don’t need’, is a recipe for repression that continues to boil over.

Australia and New Zealand are presently living with all four of the key hallmarks of a police state:

We have witnessed an astonishing violation of human liberties, with the kind of restrictions now imposed on the lives of millions of people looking harsh in comparison to 1950s East Berlin.

People will argue that a ‘temporary’ police state has been justified because of the unique threat to life posed by the coronavirus. I do not believe the data will bear that out. Regardless, let us at least agree the pacific is closer to totalitarianism than ever history — and the world must take note.

The narrative through which such authoritarian control has been established is that of a false sense of nationalism, with anyone who disagrees even slightly with the positions of the government being branded as ‘anti-national’. This is Orwellian double-speak and is used to wage ideological battle.

The coronavirus is a discrete, external challenge to the pacific, and we must all ‘play our part’ to defeat it. We must all unify in a common cause. ‘We are all in this together!’

History has shown liberty can never be taken without the co-support of an unsuspecting population.

It is not that I have ever believed liberty was guaranteed. Being familiar with the very same history and aware of truths regarding the human condition, I never believed that.

But the ease in which police state tactics have been employed, and the equal ease in which most Australians and New Zealanders have accepted them, has been breathtaking.

Importantly, behind the smoke and the mirrors, we must remember the modern police state is being driven by many technological advancements made over the last two decades.

Capitalising on the existing laws and conditioning they created, the state now uses this digital arsenal to intimidate and attack political opponents, demonstrators and journalists. Not to mention as a sophisticated tool to enforce lockdown measures in neighbourhoods.

New ‘pandemic drones’ hover around public areas and major CBD locations as a reminder of the capabilities and hallmarks of a new-age dystopian state. Sitting alone in a park? Out in a public space without an appropriate reason? The ‘eyes in the sky’ are watching you.

The present surveillance apparatus is merging with a new era of international virus hysteria to create the perfect metamorphosis of its control. The layers are beginning to peel back and predicted visions of a technological control system, found once only in science fiction, is starting to come to life.

This is the ‘ultimate revolution’, as described by Brave New World author, Aldous Huxley.

A Sense of Place Magazine, Churn of the Ocean of Milk, Ethan Nash, Techno-Fascism, TOTT News