Australia’s Political Class: Could There Be a Greater Betrayal? 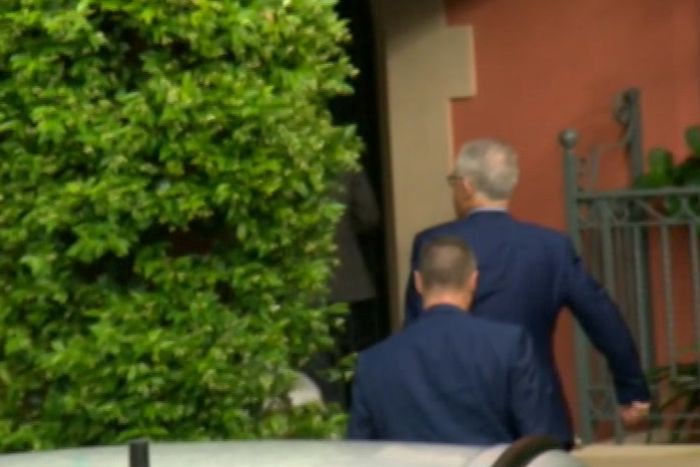 So it is done.

The Coalition government has admitted defeat.

Current Prime Minister Scott Morrison is not there to save the furniture. He’s there to steer his party to electoral oblivion.

The ineptitude of the recent Wentworth by-election for the vacated seat of former Prime Minister Malcolm Turnbull put on display just how deeply the rot and incompetence of this ineffectual government runs.

They have clearly learnt absolutely nothing.

The excruciating fiasco of the Our Oceans Our Legacy conference in Bali exemplifies that.

Sometime in the next couple of days, at our expense, the worst Prime Minister in Australian history Malcolm Turnbull will be chauffeur driven from his $60 million mansion to the airport.

God forbid one of those pesky conduits to the public, journalists, should try and speak to him.

Malcolm will sit in First Class, that is if he deigns to fly commercial rather than having a government plane whisk him away in private luxury.

Once in Bali, unwinding in the five star accommodation we’re stupid enough to pay for, Malcolm Turnbull is reported to be meeting up with his old mates at the Great Barrier Reef Foundation.

That’s the mining industry linked mob he gifted $444 million to in the dying days of his reign without any request from them or any outline of a plan on how to spend the money.

This was one of the most blatant plunderings of the public purse ever seen in this country, akin to stealing the candelabras as you are kicked into the street.

As bureaucrats and delegates soak up yet another junket under the ruse of saving the planet, we’re expected to believe all this is in the national interest.

Former foreign minister Julie Bishop claims: “Malcolm Turnbull has a deep and abiding interest in the oceans, in the environment, in climate change.”

What we want to know is exactly how much money Turnbull, his family and their webs of business allies have made over the years from investments in government rigged energy markets and the billions poured into renewables.

That in recent days the current Prime Minister Scott Morrison has been forced to recuse himself from decisions over a billion dollar visa processing contract with Liberal Party ally and one of Turnbull’s mates Scott Briggs tells us all we need to know about the hearts and minds of this government.

A pariah to the rank and file of the Liberal Party, Malcolm Turnbull is utterly unlamented by the broader public.

For ordinary citizens, the mugs who get up and go to work, everything got worse under Malcolm Turnbull’s ramshackle prime-ministership.

Education levels fell as Australia sank down the world rankings.

The Ponzi scheme of mass immigration blew out.

The oft repeated claim that Australia is the most successful multicultural society on earth was exposed as the threadbare piece of propaganda it always was.

Australians are used to being lied to.

Their defence has been to switch off the narrative altogether.

Australians are more parochial than they have ever been, more concerned with the trivia of their own lives for the simple reason that the larger world no longer makes sense.

You hear it all the time now: “Nothing in this country works.”

All politics is local.

An adage this inept government has forgotten.

It is what is happening in people’s lounge rooms that matters the most.

Perhaps the conspiracy theorists are right.

With sky high petrol prices and some of the most expensive and unreliable electricity in the world, both individuals and businesses are suffering.

The Australian government mismanages everything and has, to the great detriment of the citizenry and the future of the country, mismanaged immigration. Significant social tensions , profound resentment, crowded cities and overwhelmed infrastructure are all a result.

In a government engineered fiasco, Australia has amongst the slowest, most expensive and most unreliable internet in the world.

“A catastrophic loss of faith in democracy” read one recent headline.

Unless you can find someone who’s just had a lobotomy, in the Australia of 2018 you cannot find a single person with a good word to say about any of them.

They’ve all failed upwards, this rabble.

Give us a break.

Why should anyone pay taxes to support this hapless political class?

As Bernard Keane writes in his latest book The Mess We’re In, there has been “a growing problem of sheer incompetence — so much so that it is difficult to know where to start on the long list of major bungles of recent years.”

There is not enough room here to detail the government’s manipulation and misuse of Australia’s media outlets, including the Australian Broadcasting Corporation and the Murdoch tabloids.

To reference the book How Civilisations Die:

Obesity ravages the underclass just as assuredly as typhoid ravaged their forebears.

Demoralised boys, overweight girls, we see this scenario played out on suburban streets every single day.

Drug Policy: Ignore all professional advice and devise a system which criminalises millions of ordinary Australians while creating the perfect conditions for an ice epidemic, including lack of national pride, high welfare dependency and zero social cohesion.

Secede sovereignty to major world powers, including foreign policy to the US and strategic infrastructure to the Chinese.

A Simple Twist of Fate

Under Turnbull, the once magisterial import of Prime Ministerial announcements was lost in the daily welter of self-aggrandising “my government” announcements.

What will pour kerosene on this situation in the coming years is when, as various experts predict, millions of jobs are lost to robots, artificial intelligence and increasingly clever computer software.

As Scott Morrison repeats the mistakes of his predecessor and the Coalition prepares for defeat, the most interesting question on the conservative side of politics has become the fate of Home Affairs Minister Peter Dutton.

If he survives the inevitable swing against the government in the coming election, the surprisingly strong performance in his bid against Malcolm Turnbull has positioned him as heir apparent to the socially and economically conservative Liberal Party base.

The more the blathering classes try to demonise him, the more the public will be drawn to him.

It’s the exact conundrum now playing out in American politics.

John Stapleton worked as a staff reporter on The Sydney Morning Herald and The Australian for more than 20 years and is a contributor to The New Daily.