Australian Sues The Emir of Dubai

Australian Sues The Emir of Dubai

Well that’s not a headline you see everyday.

But that’s exactly what one Australian has been doing.

The story is a complicated one, made more complicated by the passing of time and a long history of legal maneuvering.

But it begins spectacularly against, as suits the leader of Dubai, a backdrop of spectacular wealth.

The emirate has been a centre for international trade in the Persian Gulf for more than a century. An Arabic expression “Daba Dubai” means, “they came with a lot of money”. 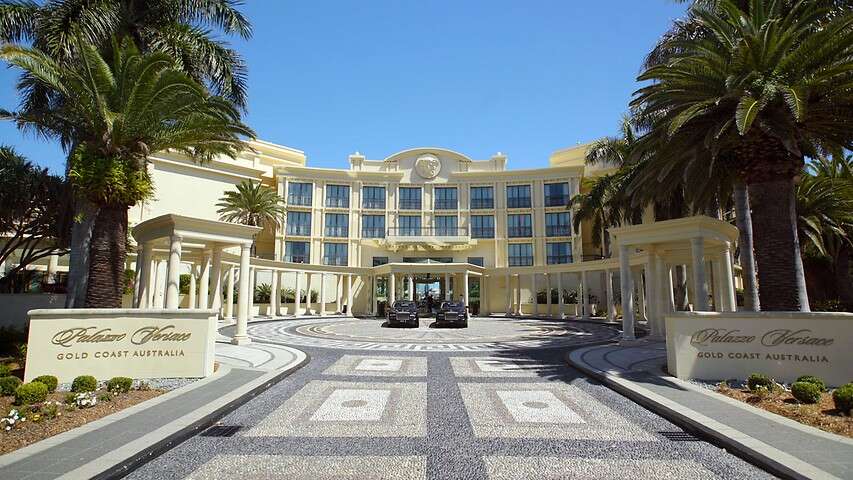 The emir of Dubai, Sheikh Maktoum bin Rashid al-Maktoum, was in Australia in late 2005, arriving on the Gold Coast in eastern Queensland on December 28th to attend the world-renowned yearling sale dubbed “Magic Millions”.

He arrived in his personal Boeing 747-400 and was staying at the luxury Palazzo Versace hotel.

It was named after the Godolphin Arabian, one of the three founding stallions of the modern thoroughbred.

Sheik Maktoum Bin Rashid was born in 1943 into Dubai’s ruling family, becoming ruler himself in 1990.

The Emir reportedly died of a heart attack. There were no published scandals associated with his death. Rashid Al Maktoum’s body was flown back to Dubai within hours, complying with Islamic tradition that a body should be buried within 24 hours. 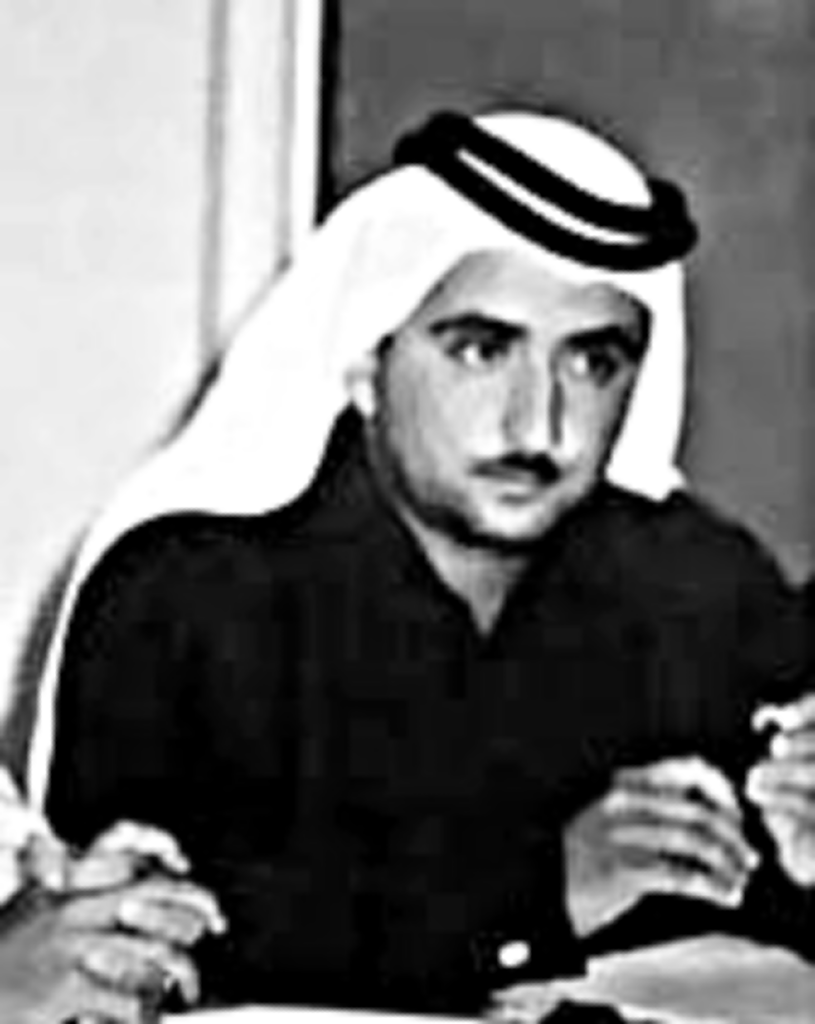 Dubai declared 40 days of mourning, with government offices shutting down for seven days. The stock exchanges in Dubai and Abu Dhabi ceased trading, and many shops and businesses closed.

Power immediately passed to his brother, His Royal Highness Hamdan Bin Rashid Al Maktoum, who leads Dubai to this day.

It was at this point local Muslim leaders in Queensland suggested that as a token of respect, and to satisfy the community needs of the expanding Islamic community, two schools be constructed, one on the Gold Coast to be named after the deceased, and one in Brisbane, to be named in honour of the current leader of Dubai.

Imam Abdul Quddoos Azhari, one of the most senior leaders of the Queensland Sunni Muslim community, was the originator of the proposal.

To have their children attend Islamic schools rather than state public schools is of major significance to the Muslim community.

Traditional Muslim families do not appreciate the state system’s lack of adherence to prayer schedules, the lack of belief in Allah, who permeates their every waking moment and inadequately supervised mixing of boys and girls being forbidden by their teachings.

“They are bringing their children to be educated in an Islamic environment, where they pray and read the Koran, at the same time as satisfying and excelling in the Australian curriculum,” the Imam says.

“The Muslim children are coming from faraway, ten or 15 kilometres, even if there is a public school in front of their house. It is very important for Muslims that their children learn in an Islamic setting.”

In recent times the teaching of gender fluidity under the guise of the Safe Schools program has driven even more Muslim families into the private system.

Issues surrounding gender and sexuality must be very delicately addressed in Muslim schools so as to avoid conflict with Islamic teachings.

The building and establishment of these schools was a significant step forward for Queensland’s growing Muslim community, and created a sense of bonding and purpose. Muslim families were for years asked for donations to save their schools.

The Gold Coast school’s official website declares: “The campus boasts a rich, green, scenic setting for your child to learn, laugh, and grow. With small class sizes, the teachers gain an in-depth view into your child’s learning habits.

“The students utilise the large multipurpose hall for sporting activities, and the daily Zuhr (midday) prayers. There are also Imams on staff to deliver the Islamic curriculum and willing to guide your child through any religious queries or complications they may have during their time here.”

The construction of both schools, including the purchase of land, cost in the order of $20 million. Both schools have received government funding since their inception.

The Imam claims he proceeded with the purchase and construction on the understanding that Dubai’s ruling house would fund the project.

Fast forward to the present, and the Imam, along with other Trustees of the Australian Islamic Educational Trust, are suing the ruler of Dubai for a shortfall of $7 million.

The case has already passed through the Queensland Supreme Court, where the judge, while not fully dismissing the case, has ruled that the Emir of Dubai is not a defendant.

The school considered an appeal on the grounds that the judge does not understand Arabic culture, and the nature of sovereignty in the Arab world.

That is, that they were given good reason to believe that the Emir of Dubai would fund the project in honour of his brother and proceeded to borrow and spend millions of dollars on building and construction of the schools in the belief that the money would be forthcoming.

This is where the case gets complicated.

In a summary of the long running dispute presented to the court Imam Abdul Quddoos says His Royal Highness Hamdam Bin Rashid Al Maktoum, the new ruler of Dubai, sent a letter to the Imam thanking him for the condolences over the death of his brother and approving in principle the construction of two schools, in Brisbane and on the Gold Coast.

This correspondence was sent through Mirza Al Sayegh, personal secretary to His Royal Highness.

Several meetings took place between the Imam and a delegation from the College with Mirza and the Al Maktoum Foundation, a charitable foundation in the Middle East set up with a $10 billion donation from the ruler of Dubai, one of the largest charitable donations in history.

There were meetings in both London and Dubai.

The claim is that at these meetings it was clearly suggested to the Australian Imam that in order to build the memorial school, the College had first to acquire the land. This was duly purchased in Carrara, a leafy suburb of the Gold Coast. Completed in February, 2008, the College was obliged to borrow $2.2 million from the Commonwealth Bank.

The Imam remained confident that the debt would be settled with funds from Dubai.  He was told by many UAE students in QLD that the Emir’s letter is a guarantee and it would cause offence to the Emir if his “in principle” offer was not acted on.

It was at the Imam’s first meeting with Mirza Al Sayegh that he understood that the Gold Coast Campus was a higher priority for the Emir and he quickly proceeded to purchase a suitable plot of land for the purpose of establishing a Muslim school in the name of the Emir’s deceased brother on the Gold Coast.

Additional funds were borrowed from wealthy members of the Muslim community to fund the cost and construction of the buildings and related infrastructure.

Meetings, correspondence and consultations continued in the subsequent years, but no money from Dubai was forthcoming.

These interactions continued for a good decade, with the Imam remaining of the belief that the matter would be resolved and the bank debt settled.

The Imam writes: “The college is going through tremendous financial difficulties, paying the cost of the land to the bank, the teachers, staff and operational costs. The interest on loan has multiplied many folds.

“We are definitely and desperately seeking help at this critical and crucial time to resolve this very long outstanding matter to save the school and to protect the good image and reputation of the Al Maktoum Family.

And so to court.

The hearing at the Supreme Court of Queensland was held in May of this year, with the judgement delivered in September by Justice Susan Brown, former Vice-President of the Bar Association of Queensland and a former director of the Law Council of Australia.

No formal agreement was entered into between the parties.

In Arabic culture, a Sovereign’s word is as good as his bond.

The judgement hinges on the term “estoppel”, essentially a judicial device where a court may prevent a defendant from going back on their word.

The Australian plaintiffs claim that through multiple meetings and extensive correspondence they had every reason to believe that the monies spent on establishing the schools in Brisbane and on the Gold Coast would be reimbursed. 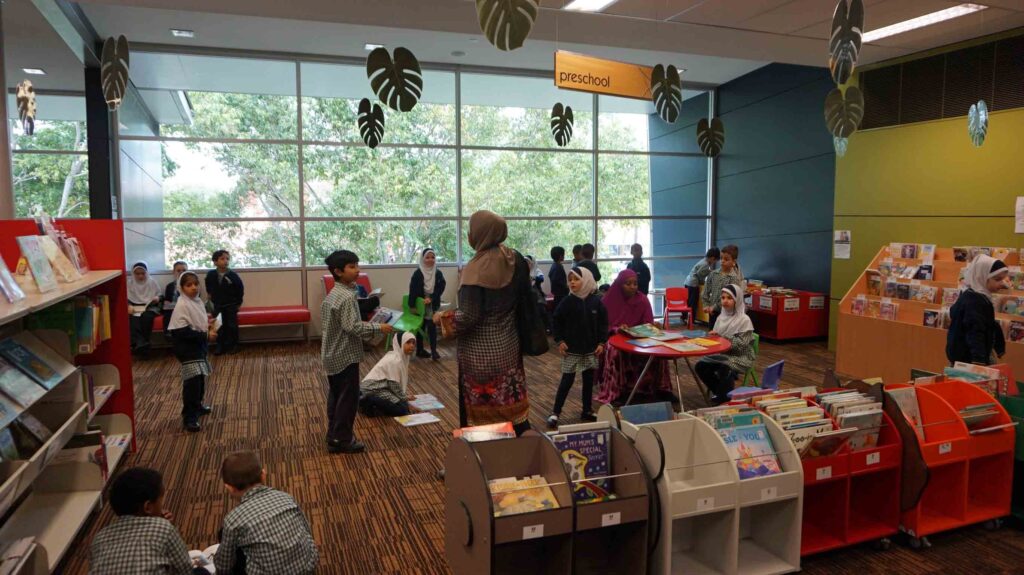 Her Honour noted: “The plaintiffs claim that, either by reason of conventional estoppel or promissory estoppel, the first and second defendants are estopped from departing from a common understanding or denying their liability to reimburse the plaintiffs for the cost of the acquisition of land and construction of the schools.”

Justice Brown, in her summary of the competing claims, said representatives of the ruler of Dubai contended that in order to succeed the plaintiffs must prove that the Emir understood, assumed or expected to pay certain costs of constructing the schools or was obliged to reimburse those costs.

In the judgement Her Honour found in favour of the ruler of Dubai and dismissed any claims against him.

However Justice Brown left both the charity The Al Maktoum Foundation and the Emir’s representative Mizra Al Sayegh as defendants in any further proceedings.

Many millions of dollars out of pocket, and with mounting legal costs, the judgement did not satisfy the Australian contingent, who remained aggrieved and started considering grounds of  Appeal on the grounds that Her Honour misunderstood the nature of Sovereignty in Arabic culture, where a ruler’s word is law.

Their argument was that the court, in keeping the Emir’s personal representative Mirza Al Sayegh as a defendant, must by necessity mean that the Emir whom he was representing and for whom he continues to be Secretary must still be a defendant.

At no stage did the Emir say in any form of communication that Mirza does not represent his will.

They wanted to argue that the only way that a court can take his name out is for the Emir to dismiss Mirza and prosecute him for false representation. That did not happen.

The school was very reluctant to go to court, according to the Imam.

“I want to make it clear, we waited for 14 years, acting on promise after promise. But, after these 14 difficult years, with everything in our lives disrupted by this episode, we have no choice but to go to court for the sake of the children and the honour of Dubai’s ruling family.”

After legal consultation, the group have reluctantly dropped the Emir of Dubai as a defendant, but intend to proceed with the case against both the al-Maktoum Foundation and the Emir’s representative Mirza Al Sayegh in the Supreme Court of Queensland.

And that, for the moment, is where the case lies: millions out of pocket, millions still in play, hundreds of Islamic families concerned about their children’s education and the future of their community’s schools.