Australian Police Claim Ignorance of the Law, As They Continue to Illegally Strip-Search Kids 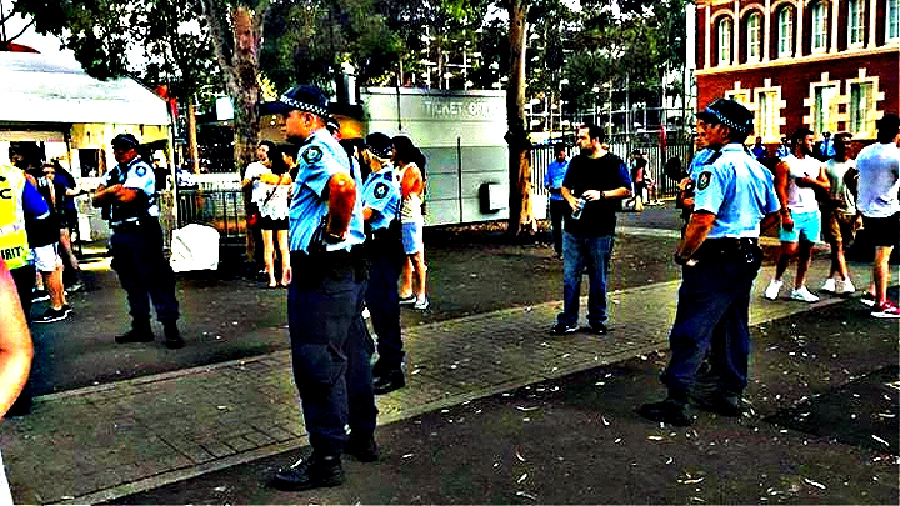 The alarming figures include more than 100 days of lockdown during the Covid pandemic when crime decreased significantly across the board, and festivals and other events were put on hold.

Police claim ignorance of the law

Several inquiries over the years, from a 2006 study by the New South Wales Ombudsman through to a 2020 inquiry by its successor, the Law Enforcement Conduct Commission (LECC), have found that many officers claim to be unaware of the laws relating to the strip searches they are undertaking, despite those rules being set down in the Law Enforcement (Powers and Responsibilities) Act 2002 (the LEPRA), and were routinely carrying out strip searches illegally.

Due to police continuing to act illegally with impunity, a class action was recently launched against the force by lawyers acting for young music festival goers in an attempt to highlight the illegal use of the humiliating and intrusive practice, attempt to effect systemic change and   bring about some semblance of accountability – although at the end of the day any payout will come from taxpayer funds, not from the offending officers themselves.

Data recently released under freedom of information laws reveals that of the strip searches conducted  between July 2020 and May 2022, more than 100 children were among those searched, including a 13-year-old.

While the numbers are significantly lower than those reported by the Bureau of Crime Statistics and Research (BOCSAR) in 2018 when more than 200,000 personal searches were conducted by New South Wales police officers – including the strip searching of an 11-year old – there is still a general problem with the whole practice of strip searches – they’re highly invasive and the data from 2018 showed that 88 per cent of personal searches resulted in police finding nothing – not illegal drugs, not knives or other concealed weapons.

The other concern is that police have ‘targets’ in relation to strip searches, which in itself could potentially lead officers to feel under pressure to overlook their legal responsibility – which states that they must have a ‘reasonable suspicion’ in order to conduct a strip search – in favour of ‘meeting quotas’.

Section 31 of the Law Enforcement (Powers and Responsibilities) Act 2002 that a police officer can only strip search a person if he or she “suspects on reasonable grounds” that the “seriousness and urgency of circumstances” make it necessary.

While police must not search children under the age of 10 years old, and a parent or guardian must be present when they are searching youths under the age of 18, it can be a traumatising experience and many believe that it’s a practice that should not be used at all on young people.

The LECC inquiry also pointed out in its final report that based on evidence heard during the inquiry, police appeared to be inadequately trained to appropriately conduct strip searches, and in many cases claimed not to know the law.

In fact, one police officer who testified at the first set of hearings involving the 2018  Splendour in the Grass festival, admitted to having personally conducted 19 unlawful strip searches.

The inquiry also heard that while police officers are supposed to keep records of all strip-searches and the reasons they are undertaken, records are not routinely checked let alone audited.

There has been a great deal of community concern for some time that strip searches have become part of ‘normal police practice’ or have become somewhat ‘weaponised’ , that is, used to threaten, intimidate, and humiliate members of the general public. Certainly some testimony from those who have been strip searched by police suggests their experience definitely made them feel that way.

The LECC inquiry heard an account that involved a police officer saying to a 15-year-old naked boy, “hold your dick and lift your balls up and show me your gooch”.

The Coronial Inquest which examined the deaths of six young people who died during or just after attending music festivals across NSW between December 2017 and January 2019, also touched on the practice of strip searches. The inquiry heard from a young teenage patron that a police officer allegedly threatened to make a strip search “nice and slow” if she didn’t tell her where she was hiding her drugs.

Both the LECC and the Coronial Inquest made a number of recommendations for reform, but police action has been slow.

In the meantime, New South Wales festival-goers have taken matters into their own hands, having launched a class action against the NSW Police Force in the Supreme Court of New South Wales last month, claiming that police officers carried out “unlawful acts including assault, battery and false imprisonment” against festival goers, whilst searching them for illicit substances.

Sonia Hickey is a freelance writer, magazine journalist, and owner of ‘Woman with Words’. She has a strong interest in social justice and is a member of the Sydney Criminal Lawyers® content team. Sonia is the winner of the Mondaq Thought Leadership Awards, Spring 2022.

OTHER STORIES BY SONIA HICKEY: