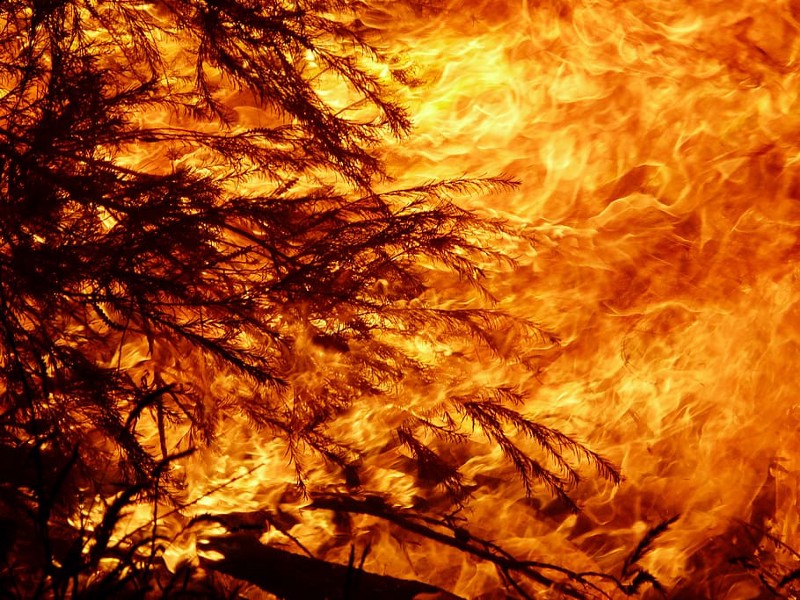 By Allan Patience with Pearls & Irritations

The Morrison government has shown itself to be woefully unprepared for the policy challenges now facing the country. It is a government that bumbles and reacts, while constantly being on the backfoot. And all the prime minister seems capable of is shouty blathering in the parliament, while alternating between his trademark smirk and staring nervously into TV cameras like a rabbit caught in a spotlight.

It is now painfully clear that, as prime minister, Scott Morrison is way out of his depth. When he had so cunningly manipulated the leadership change from Malcolm Turnbull to himself, at the expense of Peter Dutton, many commentators and not a few voters expected him to unite the warring moderate and alt-right factions in the Coalition and bring some policy coherence into the government. His promises of tax cuts and a budget surplus were at the forefront of his campaigning during the election. He successfully marketed himself as the daggy, blokey guy with whom ordinary (“quiet”) Australians could feel at home.

So, while the expectations across the political spectrum were nowhere near as fulsome and excited as when Malcolm Turnbull took over from the disastrous Tony Abbott, Scott Morrison seemed a safe pair of hands, even trustworthy. However, his electoral victory was far from a resounding one. He was only given a one-seat majority in the House of Representatives. And he and his ministers have to bribe, cajole or beg support from a disturbingly motley, often reactionary, and invariably unpredictable bunch of cross benchers in the Senate.

It is important to be clear about the highly ideological nature of Morrison’s leadership. His economic policy focus remains steadfastly neoliberal, even as the neoliberal project in all the advanced economies has failed dismally to deliver on its promises. He remains a staunch advocate of the government’s ruthless policies on asylum seekers. He is extremely cautious about endorsing the science of climate change, only grudgingly acknowledging aspects of it while still defending the fossil fuel industry. He abstained from voting to legalise same sex marriage. He is a true believer in the American alliance and seems to have developed a sycophantic relationship with the cantankerous Donald Trump.

It is also important to be very clear about the ramifications of Morrison being a member of a fundamentalist Christian church. Among his church’s leaders (and adherents) are advocates of the preposterous “prosperity gospel” that suggests that if you’re wealthy, this is a sign of God’s favour. This fits cosily with much neoliberal pie in the sky economic theorising. (Indeed, neoliberalism could be seen as a theology in its own right.)

Among the leaders of Morrison’s church is Pastor Brian Houston whose book You Need More Money asserts that his version of Christianity can guarantee that you need not wait to get into heaven for your reward; you can be well rewarded here on earth if you follow the injunctions in Houston’s book. (This is the same Houston of Hillsong fame for whom Morrison sought an invitation to the official dinner at the White House — an invitation the White House declined to extend to said pastor.)

In short, Morrison lacks the wily intelligence and political acumen of a Bob Hawke or the principled conservatism of a Malcolm Fraser. Morrison articulates his politics in slogans with which he tries to bludgeon his opponents. There is no nuancing, no subtlety in this approach. Scotty from Marketing is absolutely the appropriate moniker for him. What exactly does he stand for? What is his vision for a secure and prosperous Australia? It’s very hard to sort the blather from the substance because it seems there is no substance there at all. Intellectually, morally and as a politician, he is a very shallow man.

Consider then the failures over the past few months.

The tax cuts that were the loudly bruited centrepiece of the first Morrison/Frydenberg budget have gone nowhere. Wages remain flat lining. Economic growth remains worryingly sluggish. Employment levels remain stagnant. Household expenditures are increasing, especially in areas such as food and energy. Welfare recipients remain the “wretched of the earth.” Until the coronavirus catastrophe, Morrison and Frydenberg clung to their determination to return the budget to surplus, no matter what the cost to the economy over-all. Their very late-in-the-day, deeply reluctant conversion to a stimulus package to counter the economic downturn caused by the coronavirus may yet prove to be too little too late.

Morrison’s furtive frolic in Hawaii, as the bushfires were taking hold just before Christmas, is firmly imprinted in the electorate’s mind. This was a vast error of political judgement. It is impossible to imagine any postwar prime minister (even Billy McMahon!) trying on such an absurdly timed caper and its subsequent mealy-mouthed justification. This was followed by his clumsy blame gaming about the federal government’s mishandling of the management of the bushfire crisis. And his bumptious treatment of some bushfire victims horrified many in Australia and across the world.

And throughout all of this we have had to endure the serial unfolding of the sports rorts saga. Morrison’s actions throughout these demeaning revelations has shown up the dodgiest, most unattractive side of his character. Let’s be utterly clear about this: All the evidence points to seriously corruption at the heart of the government. If ever a federal ICAC with real powers were needed, now is the time!

Meanwhile, Angus Taylor’s is fast earning the reputation of being the most puerile minister in the government. This is not only because of his questionable decisions about water rights, or about his failed attempt to do political damage to Sydney Lord Mayor Clover Moore. It is also for his determination to defend the government’s demand to be allowed to count its Kyoto credits in its climate emissions calculations, enabling it to reach its Paris obligations “in a canter” (to quote Morrison’s marketing language). Yet despite all these shenanigans, Morrison continues to back Taylor, despite the fact that he was happy to throw Bridget McKenzie under the bus by blaming her for a minor misdeed in the sports rorts affair.

And now we are enveloped in the coronavirus crisis. Morrison is tripping over himself to appear to be in charge. But just as he prevaricated during the bushfires, so he is blundering again — for example, by asserting that he could go to the footy despite the ban on gatherings of more the 500 people before the ban was due to come into effect, only to then decide not to go when critics like Peter van Onselen pointed out how stupid this was. Morrison simply can’t help himself. Meanwhile the country is engulfed in an orgy of panic buying in supermarkets across the country. It’s not just packs of toilet rolls that have disappeared from the supermarket shelves, but tinned food, baby food, and much else. Morrison seems paralysed in the face of this madness. The smirk has become frozen.

What we have here is a prime minister who is so deeply out of his depth that he is in danger of drowning the whole country in his incompetence and skulduggery. One hope would be for his government to lose the confidence of the House in a vote on an important piece of legislation, thereby forcing it to an early election.

He has been a Professor of Politics and Asian studies in universities in Australia and Japan and has held visiting academic appointments in China, Taiwan, Burma, Singapore, and Papua New Guinea. He lectures on Australian foreign policy.

Disclaimer: Editor of A Sense of Place Magazine John Stapleton is a former student of Professor Allan Patience.