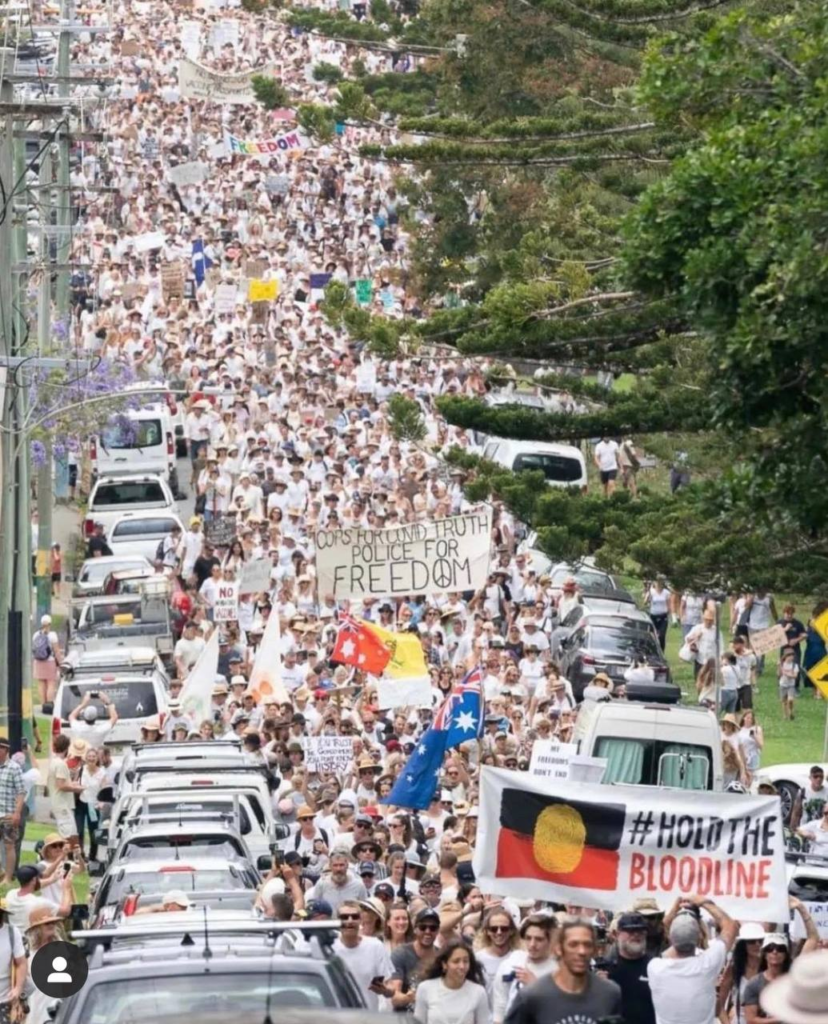 Below is a compilation of coverage of protests in Australia over the past week, focusing on vaccine mandates, continuing restrictions, particularly for those who are not double vaccinated, state border closures and difficulties with international travel, all marked by a new and savage authoritarianism.

The heavy manipulation of the public narrative and the algorithmic downplaying of these protests at the behest of government is doing more harm than good. Australia has never been so divided.

In America vaccine mandates are causing “chaos across the country”, Senator says.

Across the ditch continuing restrictions, vaccine mandates and the banning of protests are also creating significant problems, as this piece by two professors of law at the University of Waikato illustrates.