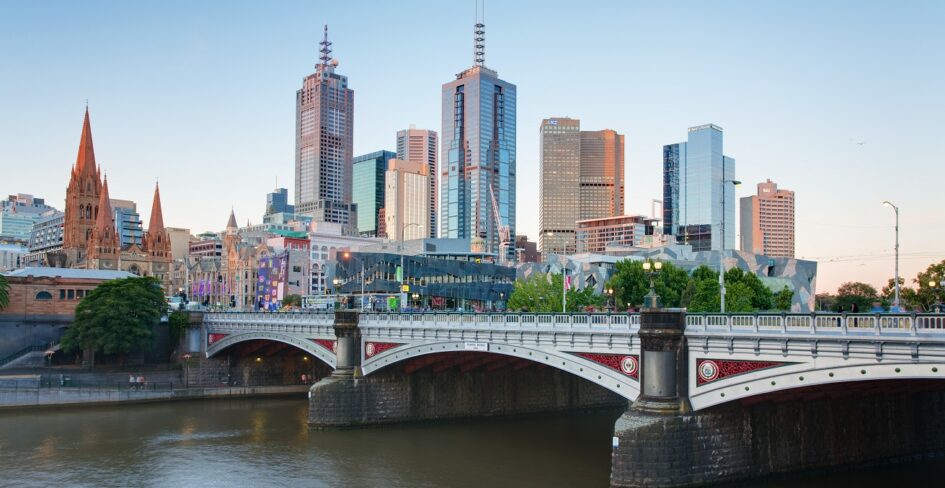 The COVID-19 pandemic has ignited new debate on China’s flagship foreign policy, the Belt and Road Initiative (BRI). Against the official position of the Australian federal government, the state of Victoria has recently signed on.

The Victoria state government declared that the BRI “will create opportunities for Victorian businesses and local jobs – opportunities that will be more important than ever as we rebuild from this crisis.”

In navigating through the Victorian state government’s signing to the BRI, there needs to be greater clarity in understanding whether it will yield beneficial and sustainable developmental, economic, and social outcomes for the state.

Australia’s relationship with China remains vitally important in facilitating its economic recovery in a post COVID-19 world and determining what that roadmap will entail. More than ever, a pragmatic and nuanced discussion is necessary as the Victorian state government should work hand-in-hand with the federal government to deliver economic outcomes that work in the best interest of all Victorians.

Without consulting Canberra, Victoria is the only Australian state to formally sign on to the Framework on the BRI agreed with the National Development and Reform Commission of the PRC, contradicting the position of the federal government to not join the BRI as it raised geostrategic concerns.

Such reservations are broadly shared within spheres of Australian academic, business, and policy analysis and political circles. The BRI Framework Agreement places Victoria in an awkward position as Australia has formally signed onto the “Blue Dot Network” with the US to assist in developing infrastructure in the Indo-Pacific region to counter the BRI.

While the BRI Framework Agreement intends to promote the “connectivity” of infrastructure, innovation, ageing, trade development, and market access, it is written in generalities, lacking in detail around the BRI’s governance, project transparency, and specifically on how to mediate disputes as “both sides will settle differences in the interpretation, application or implementation of [the BRI Framework Agreement] through friendly consultations.”

When the federal government deliberated on the BRI back in October 2017, the benefits of signing up were not directly straightforward. Former Prime Minister Malcolm Turnbull contended that “we obviously welcome Chinese investment that meets our foreign investment guidelines but we’d prefer to focus on specific projects and investments rather than engaging in generalities.” The BRI is not, as yet, rules-based in practice, despite the Framework Agreement outlining that it will “comply with international rules… with highlighting the importance of procedure open, transparent, and non-discriminatory.”

Australia is accustomed to operating in a multilateral environment as a middle power, which places Victoria in an indeterminate position as the BRI is primarily designed as a unilateral mechanism to expand China’s regional and global influence and cater for its domestic industrial overcapacity. Another key challenge for Victoria is that it does not have access to federal agencies that provide key insights and counsel in matters pertaining to foreign investment and security. This is apparent when Chinese communications, control, and collection technologies are employed within the BRI’s infrastructure build. The BRI Framework Agreement is limited in its context of materialising local participation for Victoria. The prospective imbalance of market access between Victorian and Chinese companies and their workers engaged to build Victoria’s infrastructure programs is a major concern.

Under the agreed areas of cooperation, both sides adhered to the principle of “infrastructure with the shared objective of increasing the participation of Chinese infrastructure companies in Victoria’s infrastructure construction program.” Preferential treatment and access for China over Australia is probable given China’s past precedents of practical cooperation engagements with other BRI signatory countries. It is a query that the Victorian state government has not been able to respond to at the present time. If a significant disparity arises, Victorians will consequently be impacted through the loss of business and job opportunities available to them.

Senator Sarah Henderson asserts that “as the Prime Minister [Scott Morrison] has reiterated, our economic sovereignty has never been more important. China’s BRI is the wrong road for Victoria,” arguing that the Victorian state government “must cancel the deal” as it has failed to explain the value proposition of signing up “in any detail.”

Through the BRI, Victoria is predominantly leveraging China’s capital and resources to support the state’s major projects approach as it has no other economic avenue to fund its massive $107 billion infrastructure program as it heads towards significant budgetary deficit. Victoria’s trade and investment relationship with China needs to be considered in balance.

While it is important to trade and access investment from China to boost the Victorian economy, the BRI does not presently provide a way forward to assess infrastructure projects in an open and transparent manner to ensure it is a partnership of mutual benefit with equitable outcomes.

The uncertainties played out during the COVID-19 pandemic highlight a greater need for federal and state governments to collectively align in reinvigorating economic prosperity for all parties.

Preferably, Victoria should reassess its position with the BRI, as the road to recovery is a pragmatic and measured geoeconomic relationship with China in close collaboration with the federal government.

Alternatively, if the Victorian state government continues its solitary path towards the BRI without undertaking thorough due diligence of the megaproject nor fully assessing the geopolitical and geoeconomic implications, it will be beset with immense challenges, issues, and risks that will have significant implications for the people of Victoria in the long-term.

John Varano is a Senior Manager at nbn™ Australia. John has advised and supported C-suite and senior executives at ASX companies and government departments. His professional experience extends across multiple geographies, including Australia, the EU, UK, and US. John is a Graduate of the Australian Institute of Company Directors and an Associate Fellow of the Institute of Managers and Leaders. He holds a Master of Science from the University of Oxford, a Master of Business Administration from John Hopkins University, and a Master of Arts from The University of Melbourne with First Class Honours.

This article was originally published in the Australian Institute of International Affairs and is republished here under a Creative Commons Licence.