Covert-19: Government stacks Covid Commission with Oil and Gas Mates: The Best of 2020. 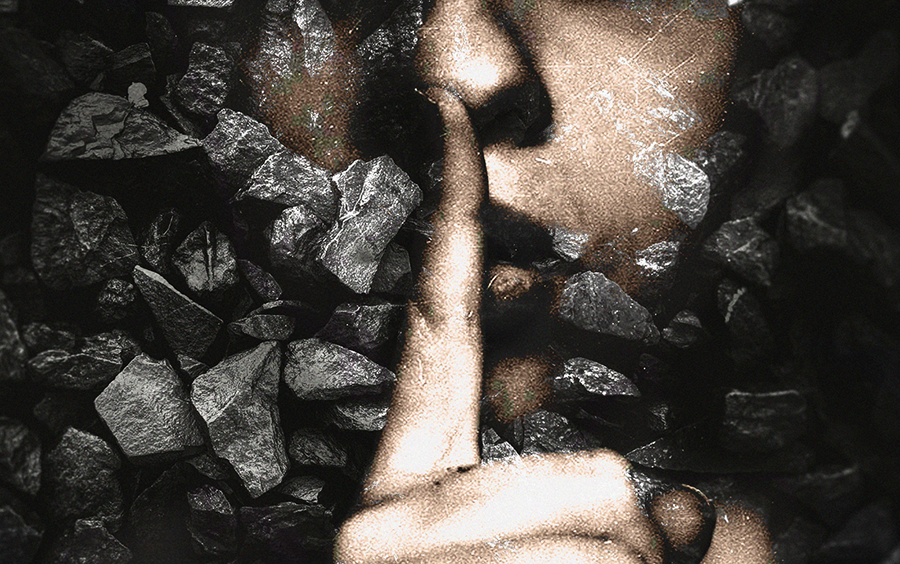 The Government is quietly blowing away years of environmental protections under cover of Covid. Its Covid Commission (NCCC) is stacked with executives from the gas and mining lobbies in what is turning out to be a bonanza for multinationals and yet another destructive blow to Australia’s efforts to curb global warming. Sandi Keane investigates.

His declaration in Parliament, “This is coal; don’t be scared”, came back to haunt Prime Minister Scott Morrison when summer’s catastrophic wildfires brought global media attention over his handling of the crisis and Australia’s response to climate change.

Fast forward from bushfires to COVID-19 and his reputation has reversed thanks to the handling of the virus. Yet, while the attention of the nation has been drawn to the daily COVID-19 count and embracing the digital world of schooling, working and socialising from home, the fossil fuel industry – with help from the Morrison Government – has quietly seized the opportunity to entrench its power and profits.

A report from environmental advocacy group 350 Australia has detailed 36 individual policy changes or requests for project-specific support — all under cover of COVID-19.

The findings are shocking. While we’ve been in a deep funk, as of May 7, 69% of demands from the fossil fuel sector have already been enacted or agreed to by the Government. Concessions and sweetheart deals include 14 requests to slash important environmental or corporate regulations, 11 requests for tax cuts and financial concessions, and 12 instances of requests to fast-track project assessment.

Lucy Manne, CEO of 350 Australia, called it out:

“It is rank opportunism for the fossil fuel lobby to call for slashing of corporate taxes and important environmental protections under the cover of COVID-19.”

Taking a cue from Howard’s love-in with the mining industry when alone among the rest of the developed world, he took key mining lobbyists to Kyoto rather than climate scientists, Morrison awarded key positions in the PM’s office to former mining executives and lobbyists. It, therefore, comes as no surprise that the National COVID-19 Co-ordination Committee (NCCC) has been:

“stacked with fossil fuel company executives and gas ‘kingmakers’ whose vision for Australia is framed by pipelines and fracking wells, which will lead to runaway climate change,” as Manne says.

The NCCC was set up on March 25 with no terms of reference, no register of conflicts of interest with even less divulged about its financial resources. So let’s look at what 350 Australia has dug up on its links to fossil fuels.

Its six-strong Executive Board of Directors is supported by the Secretaries of the Department of the Prime Minister and Cabinet, Philip Gaetjens, and Home Affairs Mike Pezzullo. Gaetjens was intimately involved with the controversial community grants pre-Election. NCCC’s role is described as two-fold … “to help minimise and mitigate the impact of COVID-19 on jobs and businesses and to facilitate the fastest recovery possible once the virus has passed.”

Here are the key players: 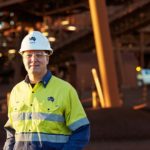 Chair, Neville (Nev) Power, former Fortescue Metals Group (FMG) CEO is also Deputy Chair of Strike Energy which is seeking to exploit gas reserves in WA and SA. Power’s shareholding in Strike had a market value of $1,639.675 as of May 4, 2020. His shares in FMG have a market value of $16.2 million as of the same date.

Power told The Australian on April 20, “…. we have abundant energy, particularly in the form of gas that we can deploy to make sure that we can manufacture all those large volume products [fertiliser and petrochemicals] ourselves.”

The Australian Financial Review also reports that Power has advocated for a gas pipeline linking the West and East coast to facilitate an expansion of onshore gas in WA.

Both Attorney-General Christian Porter and Assistant Minister to the Prime Minister Ben Morton record in the Register of Member’s Interests, that “I travelled on a return flight at the invitation of Mr Nev Power from Canberra to Perth on Thursday 9th April 2020″. The Age reports that Finance Minister Mathias Cormann was also on the flight but failed to report it on the Register.

Andrew Liveris is a special advisor to the NCCC and Deputy Chair of WorleyParsons as well as Board Member of Saudi Aramco. He is reported in The Australian to have advised the NT Government on the development of the gas industry, noting the potential of Beetaloo Basin. Last May, Liveris was reported in The Australian as saying: “There is a lot of gas sitting under the ground in Australia onshore (which could be tapped by) working with state governments.”

Catherine Tanna, one of the Commissioners, is the Managing Director of EnergyAustralia, the second largest climate polluter in the country. It’s also one of Australia’s biggest tax dodgers. As Michael West reported in Michael West Media on March 1 (after Senator Rex Patrick called for her to stand down from the board of the Reserve Bank for running a company with a tax haven structure):

“EnergyAustralia, the power generator and retailer run by Catherine Tanna, paid just $69 million in tax on nearly $8 billion of income in one recent year.”

Prior to that, Tanna was Managing Director of Queensland Gas Company which became the BG Group before it was acquired by Royal Dutch Shell. Tanna has form on shying away from tax. In this story, gas industry whistleblower Simone Marsh details how Tanna, then chief executive of BG Group promised BG would pay more than a billion dollars in tax after 2014. It does not appear to have paid any.

In 2019, Tanna announced that EnergyAustralia would be investing $80 million to expand the Mt Pipe coal-fired power station near lithgow in NSW to “…help make sure the plant is around for another quarter century.”

Showing form also on emissions, she opposed the Victorian Government’s draft emissions reduction targets as these would result in the closure of the EnergyAustralia-owned Yallourn coal-fired power station. 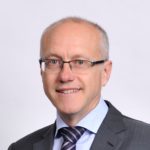 James Fazzino, a member of the Manufacturing Working Group and formerly Managing Director and CEO of Incitec Pivot Ltd, is on the Board of APA, an energy infrastructure company which owns and operates the largest interconnected gas transmission network across Australia. Membership of Manufacturing Australia consists of Tomago Aluminium Company, which has long advocated for the extension of the life of the Liddell coal-fired power station and Incitec Pivot, one of Australia’s largest consumers of gas (Fazzino’s former employer). Other high energy users include BlueScope Steel, Cement Australia and Capral.

350 Australia’s “Fossil Fuel Watch” website launched today, contains background information of each member of NCCC, including links to the fossil fuel industry, and an interactive list of all concessions being sought under cover of COVID-19 in the form of financial support and changes to regulations (especially environmental). The website is a first step in a national campaign is to deliver greater transparency to the Government’s pandemic response to “ensure Australia emerges as a more just society through the COVID-19 recovery”.

A call for transparency and conflict of interest register

Together with the launch of Fossil Fuel Watch, 350 Australia is calling for three crucial measures to ensure Australians can have faith in the NCCC:

(1) a transparent conflict of interest register, (2) fairer representation of the Australian community; and (3) full transparency of operations of the NCCC and its recommendations to government.

“Australians deserve better than to be fed a short-sighted pro-gas agenda, while they are trying to get through a global pandemic.”

A full table of each of the 36 individual policy changes or requests for project-specific support can be found on Fossil Fuel Watch. Entries are listed by Date, The Proponent, The Demand (ah, yes, here you’ll find the IPA demanding the community be stripped of its right to challenge mining projects — and approval given), Type and Government Position. #COVERT19 is well underway ….

Sandi is MW’s editor-in-chief. She was formerly editor at Independent Australia and before that ran a highly successful business which landed her on the front cover of Personal Investment magazine. Sandi has conducted corporate investigations, principally into the energy and media sectors. Her investigation into the anti-wind lobby and Waubra Foundation was used to support Labor’s Clean Energy Bill, thus, making it into Hansard. Sandi holds a Masters degree in Journalism from the University of Melbourne. For story ideas, contributions, syndications and production issues, please email Sandi at sandi@michaelwest.com.au. You can follow Sandi on Twitter @jarrapin.