The Real Story Behind the Invasion of Afghanistan in 2001 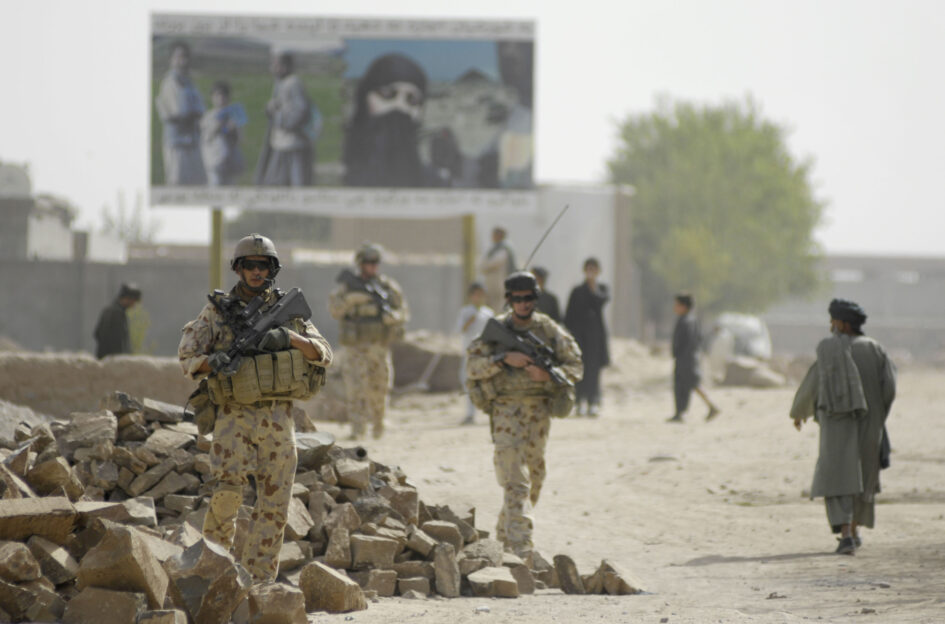 By Paul Barrett with Pearls and Irritations

In response to the suicide attacks on the Twin Towers on 11 September 2001, the US issued an ultimatum to Afghanistan’s Taliban regime to hand over Osama bin Laden and the other Al Qaeda leaders or else the US would invade the country and hunt them down. The Taliban refused, so the US invaded. Somewhere along the way it lost sight of its original objective and embarked on a larger and much more ambitious strategy of eliminating the Taliban regime altogether and reshaping Afghanistan into a form much more to its taste.

The problems with the above narrative are that :

Context before the war

In my view, the invasion of Afghanistan must be seen in the context of the foreign policy objectives of the new George W Bush administration. The key to that is found in the world view of the Project for the New American Century (PNAC) in 1997. As its Statement of Principles makes clear, its founders envisaged the US using its military strength to “build upon the achievements of past decades” and “shape a new century favorable [sic] to American principles and interests” – a “Reaganite policy of military strength and moral clarity”.

Ten of the signatories to PNAC’s Statement of Principles, including Dick Cheney, Donald Rumsfeld, and Paul Wolfowitz, went on to serve in the Bush administration.

It has to be said that the New American Century got off to a very rocky start with such a major attack on its home soil but, as noted above, when the catastrophe of 9/11 occurred the Administration was able very quickly to roll out the ultimatum on which it had reached internal agreement only the day before. The difference was that the plan would be rolled out immediately, not unfolded in a succession of steps over three years – which perhaps explains the lack of planning and clear goals.

The response of the Taliban regime, through its Ambassador in Islamabad, was that it was ready to cooperate with the US if it was shown evidence of bin Laden’s involvement, and to call for an investigation by the UN. In reply the State Department invoked UNSC Resolution no. 1267 and stated that Afghanistan was already under an obligation to hand over bin Laden and his associates, so no further requests would be entertained. The Taliban regime made several attempts to negotiate arrangements under which bin Laden would not be “handed over” – trying him in a Pakistan court, trying him in an Afghan court, or delivering him to a neutral third country – but the US declared these to be delaying tactics and officially launched military operations against Afghanistan – a series of air strikes – on 7 October.

The truth about the invasion of Afghanistan is that the Clinton administration spent a couple of years trying to bring bin Laden to account for his involvement with the attacks on the US embassies in East Africa, without really contemplating direct military action.

The incoming neocons were resolved to take a tougher approach and had their game plan settled, and the events of 9/11 simply provided a pretext, one which permitted action to an accelerated timetable and without reliance on a year or so of covert action.

For its part the Taliban was desperate to avoid war with the US and prepared to do just about anything to avoid it, short of the humiliation of handing bin Laden over – and perhaps even that would have been negotiable if that were all the US wanted.

What we were told, of course, was that the invasion was simply a perfectly reasonable response by the US to the events of 9/11 and the refusal of the Taliban to hand over bin Laden and his associates.

Eighteen years on, and what do we have to show for all the blood and treasure that has been expended, for all the post-traumatic stress endured by ADF members and their families, and for all the misery inflicted on the Afghan population?

The lesson in all this is that Australia should never enter a military conflict just for the sake of showing up, which no doubt was John Howard’s main intention when he invoked ANZUS (a treaty that is specifically about mutual defence in the Pacific region and which does not require us to go to war).

We should not pursue impossible dreams, like Julia Gillard’s “to make sure that Afghanistan never again becomes a safe haven for terrorists”, as she enunciated in Parliament on 19 October 2010 (in the first ever Parliamentary debate on Afghanistan, nine years after we entered that conflict!).

Nor should we be driven by a misplaced sense of what our alliances require of us, as exemplified by Gillard’s second post hoc justification in that debate: “to stand firmly by our alliance commitment to the United States”.

We should go to war only when Australia’s national security is at stake, when we know what victory would look like, and when we are prepared to do what is necessary to win, even if, as occurred in the case of Afghanistan, there are other US allies scrambling to climb on board.