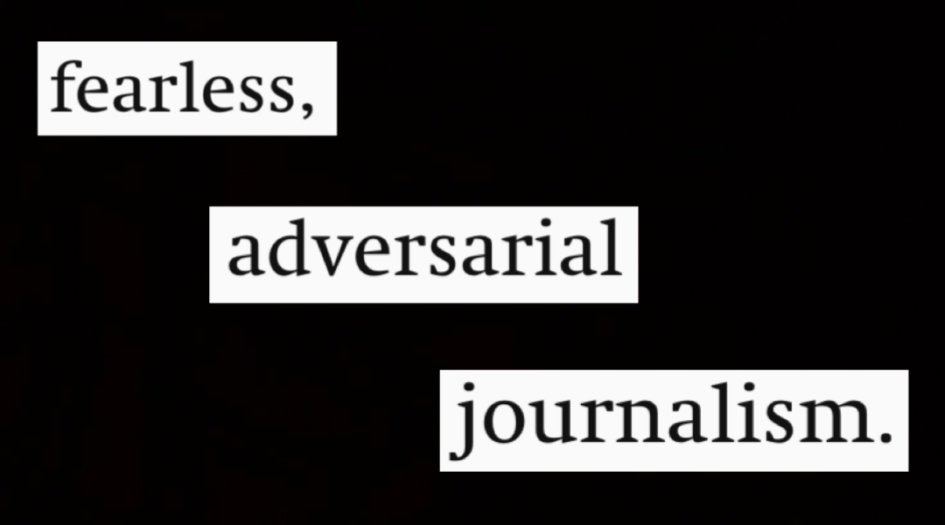 Pulitzer Prize winning journalist Glenn Greenwald, world renowned for his much celebrated involvement with whistleblower Edward Snowden, has made major waves throughout mainstream and alternative media by resigning from The Intercept, an outlet he co-founded in 2014 with the stated mission of holding power to account with the power of unrestricted journalism.

Greenwald says he resigned because Intercept editors refused to let him publish an article he’d been working on about the mass media’s role in covering up the Hunter Biden October surprise and obfuscating its nature, which he says is a violation of the conditions in his contract for editorial freedom. He also published part of the email exchanges he’d been having with the editors in the lead-up to submitting his notice of resignation.

Glenn Greenwald On His Resignation From The Intercept

The email exchanges make it fairly clear that Intercept editors were holding Greenwald’s analysis of the allegations against Joe Biden and his family to a much higher evidentiary standard than they hold any journalist who wants to criticize Trump or promote flimsy Russia conspiracy theories on the platform, and generally creating pressure and inertia to remove anything in the article that might hurt Biden’s election chances.

Journalist Matt Taibbi has his own article out on Greenwald’s resignation which contains more information on the email exchanges, and which is very much worth reading.

More revealing than the emails is the information which Greenwald shares in his Substack article about his resignation, saying The Intercept has been deliberately opaque about those who were responsible for the Reality Winner debacle and the actions they took which led to her arrest when leaking NSA documents to the outlet.

Greenwald claims editors rushed the publication of the leaks “because they was eager to prove to mainstream media outlets and prominent liberals that The Intercept was willing to get on board the Russiagate train,” and says their silence has allowed the blame to fall on him for Winner’s imprisonment despite his having nothing to do with the ordeal.

Greenwald also reveals that The Intercept refused to report on the daily proceedings of the Julian Assange extradition hearing “because the freelance reporter doing an outstanding job was politically distasteful”.

It’s unclear exactly what was meant by this; Greenwald has praised the excellent Assange trial coverage by Shadowproof‘s Kevin Gosztola and Richard Medhurst now of Press TV in the past, both of whom say they don’t at this time know who he was referring to.

Regardless of what he meant, refusal of a media outlet whose motto is “Fearless, adversarial journalism” to cover the single most important journalistic freedom case in the world is outrageous on its face.

The Intercept editors called Greenwald’s criticisms “a grown person throwing a tantrum” in a remarkably snarky statement on their website, claiming on what appears to be no basis that their co-founder was “attempting to recycle the dubious claims of a political campaign — the Trump campaign.”

“We have the greatest respect for the journalist Glenn Greenwald used to be, and we remain proud of much of the work we did with him over the past six years,” the editors wrote. “It is Glenn who has strayed from his original journalistic roots, not The Intercept.”

These accusations are fully in line with the smears you can read from the blue-checkmarked commentariat by typing in Greenwald’s name into the Twitter search bar on every given day. Establishment spinmeisters have been painting Greenwald as a closet Trump supporter who stumbled his way into useful idiocy for the Kremlin ever since the award-winning journalist began questioning the establishment Russia narrative, and this statement is plainly both informed by and designed to appeal to acolytes of that smear campaign.

Contrary to its claims of adhering to its “journalistic roots”, The Intercept has in fact been going down the tubes for as long as I’ve been at this commentary gig. Its coverage on Syria has been blatant security state stenography, it’s published hit pieces on Assange, its sources keep getting arrested, and it has been promoting Russiagate with all the fervor of any garden variety corporate liberal rag.

So the fact that it has joined with the freakishly unified narrative management campaign on the Hunter Biden story, and is now citing unsubstantiated assertions by US spooks to do so, is not terribly surprising.

The Intercept has fallen victim to the same decay as all other outlets past a certain size and funding level. Matt Taibbi, who says he’s spoken to “multiple well-known journalists” who are encountering similar pressures as those Greenwald encountered in the lead-up to the US election, wrote the following in his aforementioned article:

“The traditional method of controlling the press — as described by legendary independent journalists like I.F. Stone — was the quiet aside by the boss, “a little private talk,” where a “hint that the reporter seems irresponsible, a little bit radical” would be dropped. Getting the message, and fearing for his or her job, the reporter backs off.

“Or, in cases like the Iraq war runup, the strategic dismissal or un-hiring of a big name with the wrong views — Phil Donahue, Jesse Ventura — makes sure the rest of the employees get the message.

“Greenwald co-founded the Intercept with this exact scenario in mind, building a structure where “little private talks” with bosses would never happen, and there couldn’t be high-profile dismissals for ideological reasons.

What he didn’t guess at was that even in an atmosphere where managerial interference is near zero, a collective of independent journalists can themselves become censors and enforcers of official orthodoxies. In some cases, journalists will become more aggressive propagandists and suppressors of speech than the officials from whom they supposedly need to be protected. This is what happened with The Intercept.”

People will cite all sorts of reasons for The Intercept running cover for intelligence agencies and powerful politicians, including its Omidyar funding and the possibility of government infiltration. But I think the primary source of the decay of The Intercept is much more basic: having large, well-funded news media outlets simply is not conducive to good reporting.

Powerful people pour so very much energy into manipulating how the masses think, act and vote, and news reporters are constantly interfacing with that severely polluted stream of information. For this reason the most heavily propagandized people in the world are those who are responsible for distributing propaganda, namely the news media. As the final guardians of society’s incredible shrinking Overton window, reporters are necessarily the group who will be most aggressively pushed within that window.

If as Upton Sinclair says it is difficult to get a man to understand something when his salary depends on his not understanding it, then surely that is especially true of those who’ve spent their working lives learning what frameworks of understanding help them ascend to prominence in the sphere of journalism.

This would have shaped them long before they arrived at any outlet which purports to promote “fearless adversarial journalism”, and it would continue shaping them as they interact with fellow journalists.

This combined with a dominant plutocrat-funded media system designed to streamline journalistic thought into mainstream establishment orthodoxies creates a kind of conformity conveyor belt that journos get processed through like the schoolchildren in the video for Pink Floyd’s “Another Brick in the Wall”.

The dominant worldview in any collective of journalists is statistically likely to be a mainstream worldview, simply because it’s more common by its very nature.

Mainstream worldviews are only mainstream because vast amounts of wealth and effort went into shoving them into the mainstream by sheer force for the benefit of the rich and powerful, whose kingdoms are built upon the capitalist imperialist status quo.

If you set out to just hire a bunch of journalists who seem good to you, you’re necessarily going to get a lot of people unwittingly promoting the interests of the rich and powerful just by sheer statistical probability.

When you take all these factors together and throw them into a large media outlet full of journalists, our primitive impulses to conform with the pack kick in and the consensus worldview has a much easier time overtaking critical thought even further than it already has.

Additionally, when you gather news reporters together in a large outlet you’re going to attract the attention of powerful forces who have a vested interest in controlling how the news is reported.

If you can use your leverage and/or resources to manipulate how that entire outlet reports, then that’s energy well spent.

All this to say, decentralization is going to have to be the way forward for good critical journalism. There are so few reporters who haven’t been digested by the conformity conveyor belt, and if you stick them with the groupthink herd they’re going to be squeezed until they either fall in line or leave.

Stop trying to throw the few alive ones in with the zombies and let them go out on their own or in small groups; they’ll be much harder to influence and they can do a lot more damage to the lie factory.

I don’t know if the best way to make a living doing that is with paid Substack subscriptions like Greenwald and Taibbi or more like my own Patreon-based model, or with some other approach we haven’t thought of yet.

I just know that every time we cluster up in groups we bog ourselves down and make ourselves an easy target for the machine.

It’s clear with the decay of The Intercept that we’re better off finding ways to let our own skills and insight guide us down our own paths toward this journalism thing while the conformity drones rot in their well-funded outlets. The audiences will be there.

I don’t know that the Hunter Biden October surprise shows anything more scandalous than you’d expect for any major US presidential nominee.

I do know that the uniform conspiracy of silence and obfuscation from the mass media about it is uniquely scandalous and says bad things about the future of journalism in western news media. We can’t keep doing things the way we’ve been doing them. Drastic changes are desperately needed.