Cops For Covid Truth: Our Most Popular Stories for 2021. 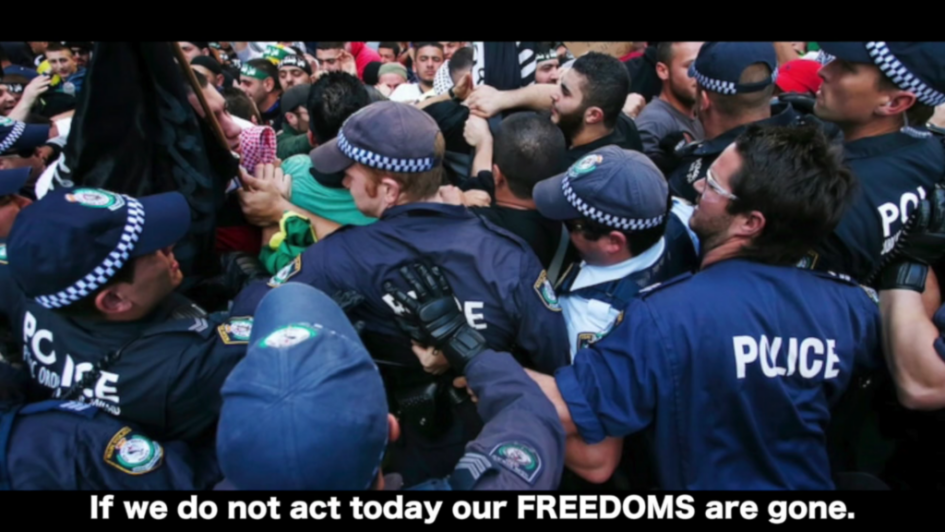 Last year one brave police officer put his name to what many were already feeling, that the authoritarian derangement in the Covid era was going against all that they believed in. With a new breed of officers proud to protect and serve, the paramilitary roles they were being asked to adopt went strongly against their instincts.

In the year that has passed since Constable Andrew Cooney of the Grafton local command put himself forward as the public face of a group calling itself Cops for Covid Truth, Australia has become unrecognisable.

Could anyone have once ever imagined a scene like this, of police officers pepper spraying a defenceless 70-year-old grandmother?

But so it has come to pass, with scenes of police brutality now occurring across the nation on a daily basis.

And Australia has become not just the laughing stock of the world for its authoritarian overreach, but one of the saddest countries on Earth.

And their misery deepens by the day.

For the first time since putting his job on the line, and subsequently leaving the force, Andrew Cooney has spoken out in a new video.

Anyone concerned about the desperate situation the country now finds itself in should listen to it.

Here is a link to his address, titled:

Message from Alexander Cooney to all Police Officers in Australia

There comes a time when someone has to stand up and say: Enough Is Enough.

That time is NOW.

Here is a link to his original Open Letter to the leader of the authoritarian derangement overtaking NSW, Police Commissioner Michael Fuller, increasingly one of the most despised figures in the state.

And here is what he has to say now:

My name is Andrew Cooney. For the last 12 years I have been working as a police officer for the NSW Police Force.

In that time I have always done extra to my duties. I did the recruit show. I always did extra roles. I would run extra operations for the police. I am really pro-police. We want police. We need police.

And that is why I’m here today.

To let police know that we need them. I have had a lot of police come to me worried about what they are being asked to do at the moment.

Unfortunately no one within the police can actually speak. And that’s my role. I’m here to speak for them.

In October of last year I wrote a letter to the Police Commissioner because I was worried that what we were doing was unjustified and unlawful and it was eroding the police relationship with the community.

That was an evidence based letter I wrote. It showed that what we were enforcing was not justified. Covid is not what we’ve been told it is. On top of that we were breaching laws.

Covid is not about health it is about control.

Health is about connecting, it is about being outside, about your interaction. It’s not about isolation.

So I felt someone within the police needed to bring that up. No one had. I waited a long time before I released that letter.

I approached Advocate Me with what I had and asked for their assistance to help get a letter together. We came up with a plan that we would do an Open Letter and make it public because they believed it would be suppressed internally.

My intent behind the letter was to notify the Commissioner and all police within NSW of what we’ve got and that we may be acting unlawfully. So I sent it via email internally. Now that was suppressed after six hours. So not a lot of people saw it. But what did happen is that Advocate Me making it public is that it caught traction. A lot of members of the public saw it.

With that we have literally had people come up crying, saying thank you. I thought there was no hope.

They were aware of the tyranny that was being imposed on them. They thought all police were out to get them.

It hit a point where I had so many police come to me, not knowing what to do, feeling someone should say something. And I was stuck basically under non-disclosure agreements or gag orders. I couldn’t move on. I couldn’t talk to these police. I couldn’t talk to members of the community. And I couldn’t do anything publicly because of these orders.

So I made the decision to resign from the Police Force so I could speak for the police who were still serving.

I couldn’t show up as a police officer and force this tyranny onto the population knowing what was behind it. What we are enforcing on the community is unjustified.

We’re breaching laws imposing these things on the community, these rules.

It was unjustifiable and unlawful.

The police are being used as a tool by government for political and other background agendas.

I felt someone needed to be the tip of the spear, to break that ice. All I wanted to do was plant the seed.

The problem with the police, and the problems I see and the phone calls I’m getting from police, they don’t want to enforce this stuff.

If they’re going to enforce this stuff they are removing their own freedoms. Most of the police now understand Covid is not what we’ve been told it is. They are frustrated with it.

They’re over it. A lot of them actually want to leave.

But again, they’re in a situation where they might have a mortgage or something.

There’s a lot of scared police out there at the moment, fearful of where we are headed. Fearful of what they are being asked to do. Not wanting to do it. It is not why they joined the police. They joined to help the community, to be there for members of the community. The is just creating a divide. The police themselves are feeling isolated.

They’re really struggling with it. So many are on stress leave since Covid. It’s clear what is happening to them. I have been aware for a long time and so a lot of police are that what is being displayed in mainstream media is false.

It’s being able to read mainstream media and say, what they are trying to get up?

Looking deep, they are pushing Covid so hard on the population, I looked the other way.

And what I found was a whole world of doctors and scientists, thousands and thousands of them, who are putting forward facts that are being ignored.

It is the Police Commissioner who has deemed that the troops get vaccinated by the 30th of this month. That hasn’t come from government.

Most members of the police are lovely. Even high ranking ones. There are a lot of police who do not want these vaccines. I have more than 170 in NSW who I have contact with who are adamantly not wanting the vaccine. I am aware of many, many others who have had the first shot who didn’t want it. But they felt like they needed employment. It’s complete coercion into having this medical procedure.

Essentially I put it down t o you are being groomed. What you need to do as police is to start questioning, the orders and directions you are being given. Do things honourably. Don’t be belligerent. Don’t put yourself in a position if you are worried, but you can ask the questions. You are doing something honourable by the organisation. And you will have an impact. Before you know it you may cease the whole area from enforcing these rules upon the community. It could be that simple.

There is nothing wrong with asking a question.