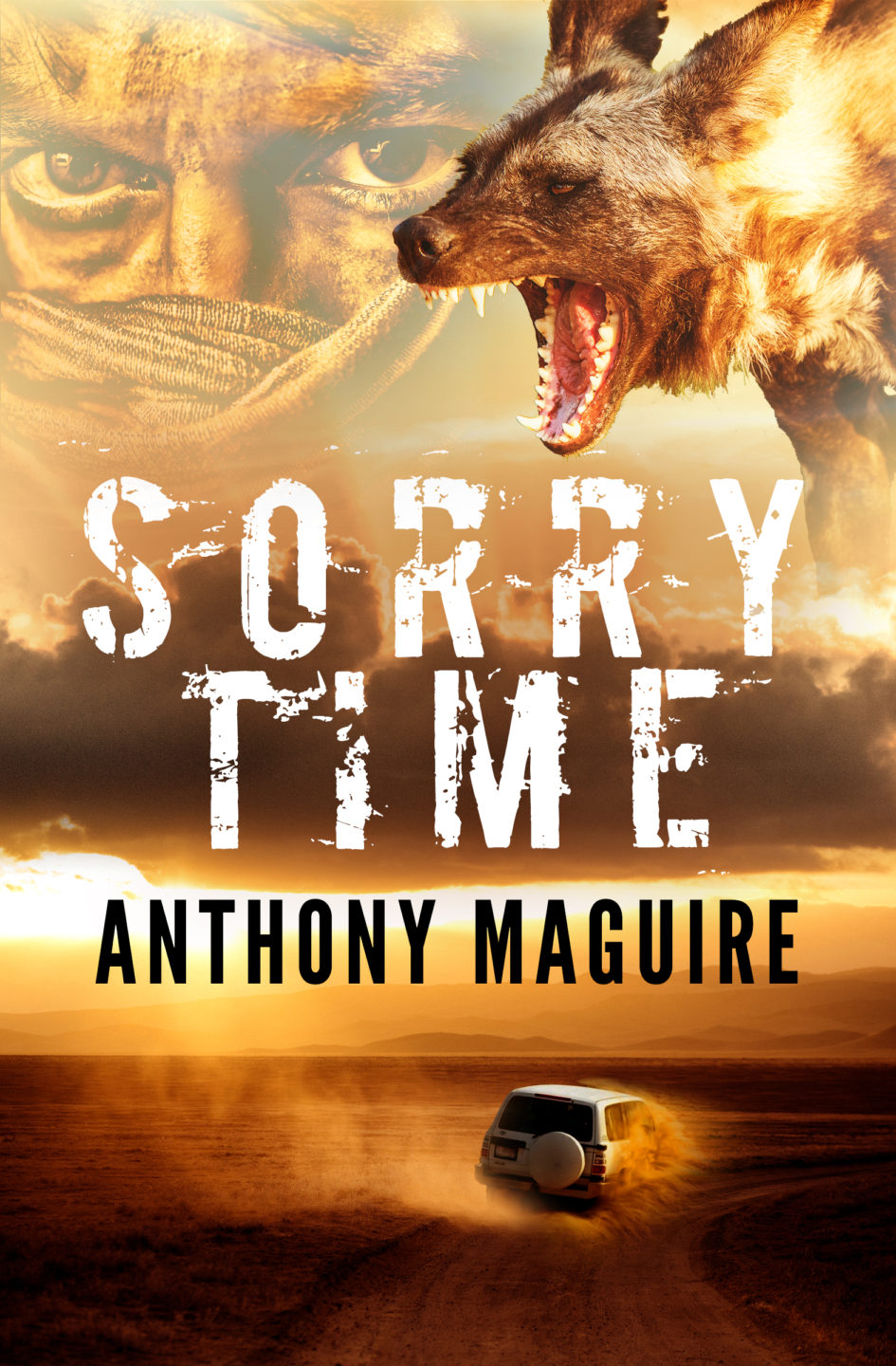 A Sense of Place Publishing is proud to announce the publication of Sorry Time by Anthony Maguire. The book is action packed from the get-go, beginning with murder and revenge in a compelling and merciless outback. The breakneck story is tailor made for film and this quality ensures a visually rich and entertaining reading experience. You’re driving along a lonely outback road when suddenly a kangaroo leaps out in front of you. Your car is wrecked and then things rapidly go downhill from there as you find yourself under attack from a pack of wild dogs. Having survived that, you cross bloody paths with a pair of violent criminals – brothers Ali and Abdul Fazir – who’ve murdered two people on a remote Aboriginal community.

That’s what happens to Jonathan Chaseling in the opening chapters of Sorry Time. He finds himself joining the hunt for the killers, which ends with a violent clash inside an underground house which has been plunged into stygian darkness. One of the killers, Abdul, dies. The other, the psychopathic, meth-addicted Ali, escapes and makes his way back to Sydney. Where he exacts dreadful revenge. We won’t tell you precisely what he does, but suffice to say, it involves Chaseling’s family, and it’s terminal.

Ali then flies to Turkey, planning to join friends fighting for Islamic State in Syria. In the Indiana Jones-esque town of Antakya near the Turkish-Syrian border, he waits for an IS ‘fixer’ to get in touch. Chaseling, meanwhile, has tracked him down with the help of a hacker friend who plants a Trojan program in Ali’s phone. Chaseling flies to Turkey, intent on payback, or at the very least a verbal confrontation with the killer.

The story reaches its climax as Chaseling is lured into a maze of alleyways in Antakya’s old covered bazaar. He is attacked and knocked unconscious. Ali and another man roll him up inside a carpet and take him to a remote property outside the city. He’s locked in a room and Ali gets a kitchen knife …

Interwoven with this action-rich story is a sub-plot about the Dreamtime spirits being angered by Chaseling’s removal of a fabulous opal from an Aboriginal burial ground. That’s where he’d been just before the fateful collision with the kangaroo.

Even in its darkest and most violent moments, there is a rich vein of humour running through Sorry Time and that’s something which really makes it stands out from the pack because acting as a counterweight to the murder and mayhem are comic sequences and characters. Like Glen of the Outback, a legend in his own mind who claims to the man in the orange T shirt in a David Bowie clip. You’ll also meet Mal Kite, a rat-faced morgue attendant with kleptomaniac tendencies, and Renata and Petra, a pair of German backpackers who play for both teams, so to speak, facilitated by an article of apparel they call Rudi.