Abbott and Turnbull’s Assault on Freedom of Speech 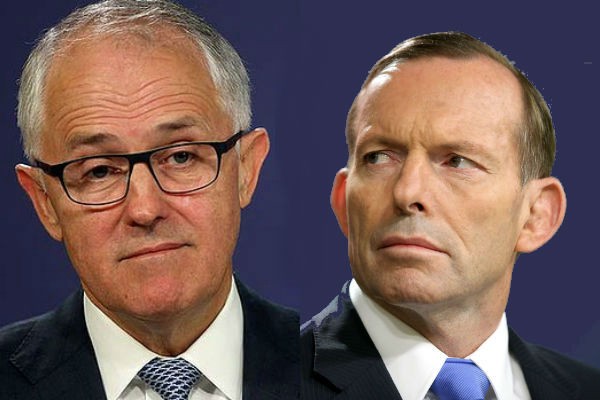 The Abbott and Turnbull governments have mounted the greatest attack on freedom of speech in Australian history.

Legislation being pushed through by the Australian government earlier this year under the guise of national security, allowing for journalists and whistle-blowers to be jailed for up to 20 years, was just the latest in a string of such assaults.

The government knew from international research that introducing the panopticon, universal surveillance, would have a devastating impact on Australian culture. When people know they are being watched, they behave differently. Dissent is stifled, conformity becomes the norm, populations easier to manage.

In parallel, the targeting and surveillance of journalists has reached unprecedented levels and is having a profound impact on the art and practice of journalism.

Try writing something critical of government authorities and security agencies when you know every keystroke is being followed and the information passed up the food chain to some of the very people you may have good reason to regard as entirely untrustworthy.

Surveillance has already moved well beyond the military and government objectives of creating a compliant population. The drift from participatory democracy to oligarchy to totalitarian state is well in play. The public are being extremely poorly served.

A dishonest and incompetent government is a paranoid government. The truth must never out.

Journalists are now POIs (Persons of Interest) under the ASIO Act. The tranches of anti-journalist legislation include the National Security Legislation Amendment Act (№1) 2014, which introduced jail terms of up to 10 years for journalists who disclosed what are known as SIOs, Secret Intelligence Operations. Who decides what an SIO is? They do.

In the same year, the Counter-Terrorism Legislation Amendment (Foreign Fighters) Act provided for journalists to be jailed for up to 10 years for publishing news reports or ads that might help terrorists recruit. And in 2015, the Data Retention Act (The Telecommunications [Interception and Access] Amendment [Data Retention] Act 2015) permitted police to access journalists’ metadata that could reveal their confidential sources.

Although Australia’s plethora of ultra-secretive national security agencies have a poor reputation and a troubled history, the current generation of conservatives have seen fit to greatly expand both their funding and their power.

The literature on Australia’s ultra-secretive security agencies is sparse. Yet there is more than enough to indicate serious problems, including excessive surveillance, extensive manipulation of the media, and the spread through the government of the traditional Defence Department attitude towards journalists — that they are public enemy number one, to be shut down or shut up.

The most significant texts include David McKnight’s Australia’s Spies and their Secrets, Meredith Burgmann’s Dirty Secrets: Our ASIO Files and Michael Tubbs’ ASIO: The Enemy Within.

Once upon a time, to think one was under surveillance was viewed as a clear sign of madness. These books demonstrate one thing: if you think you are under surveillance, you almost certainly are. The typical Australian shrug off, “don’t be ridiculous, you’re not that important”, simply does not hold.

My own experience came post-retirement. Returning from several years in Asia, I was struck by the dilapidated state of Australia in contrast to the bustling, dynamic places I had lived in. And so began work on a book initially titled Workers’ Paradise Lost.

But it was impossible to ignore the biggest story of the day, terror, with then-Prime Minister Tony Abbott having abandoned good government in favour of terrifying the population, pounding on about “the death cult” at every opportunity to every news outlet he could. This was despite having been repeatedly warned by terror-messaging experts that his terminology was counterproductive, arousing interest and attracting recruits to Islamic State. Ultra-violence cuts through.

And thus came about the book: Terror in Australia: Workers’ Paradise Lost.

The element that caused most offence was in a strange sense a surface one.

Every single police strike force and terror operation conducted under the Abbott government was named with a pro-jihad tag.

How could this possibly be so?

But there they were — the extremely well-paid leaders of national security agencies up there in front of the cameras triumphantly promoting their latest operation, all of which were named after something any Muslim, with that culture’s well-honed sense of historical grievance, could decipher.

Some of them were so obvious it was difficult to understand why nobody had raised the alarm before.

Here are just a few:

Counter-Terrorism Operation Amberd: Launched straight after Anzac Day in 2015. Amberd is in Armenia and 2015 was the centenary of the largest massacre of Christians in history, 1.5 million.

Jericho Waterfront Taskforce: Jericho was one of the most successful caliphates in history.

Operation Polo: Marco Polo, often known simply as Polo, was one of history’s most famous critics of Islam.

Operation Coulter. Ann Coulter is an infamous American columnist best known for her comment: “Not all Muslims are terrorists, but all terrorists are Muslim.”

And so it went.

When quizzed, the answer from the Australian Federal Police was so bizarre as to be instructive. The government, they claimed, had nothing to do with the naming of task force and counter-terror operations. Tony Abbott’s office did not respond.

From that moment on, I felt under intense, intrusive and intimidatory surveillance.

Some of the most truly egregious legislation passed by the Abbott and Turnbull governments involved so-called Journalist Information Warrants. These allow access to journalists’ data by more than 20 government departments.

The measures had nothing to do with counterterrorism, the lie under which the public had been sold the pup.

As the MEAA journalist’s union records in its excellent report, Criminalising the Truth, Suppressing the Right to Know (May 2016), the Journalist Information Warrant scheme was introduced without consultation with the profession and operates entirely in secret. Journalists are not informed if a warrant is taken out against them and if by some means discover that one has been taken out against them, will be jailed if they publicise the fact. Each warrant can scope the entire cache of telecommunications for the previous two years, trawling through the journalist’s metadata in the hunt for sources.

The laws are now so tight that it becomes a question of how any journalist can write about security operations, or even their own surveillance, without being imprisoned.

I chose to use novelistic techniques. The central character in my last two books is a dishevelled retired reporter with a swirling head and a wild imagination called “Old Alex”.

And, as Alex speculates in Hideout in the Apocalypse:

“Could someone who first began publishing pieces of journalism in the 1970s and had just written a book called Terror in Australia: Workers’ Paradise Lost possibly be the subject of a Journalist Information Warrant? Or was it illegal to even speculate? It was mind-boggling stuff.”

The problem with government secrecy is that not only does injustice and malfeasance grow in darkness, but suspicion and distrust spreads every which way.

ASIO and other national security agencies continue to recruit from the nation’s universities. Many of the nation’s senior bureaucrats and politicians were students when these agencies were at their most active.

John Stapleton worked as a staff reporter at The Sydney Morning Herald and The Australian for more than 20 years. His latest book, Hideout in the Apocalypse, is about surveillance and the crushing of Australia’s larrikin spirit.

A collection of his journalism is being constructed here

This story was originally published in Pearls and Irritations.