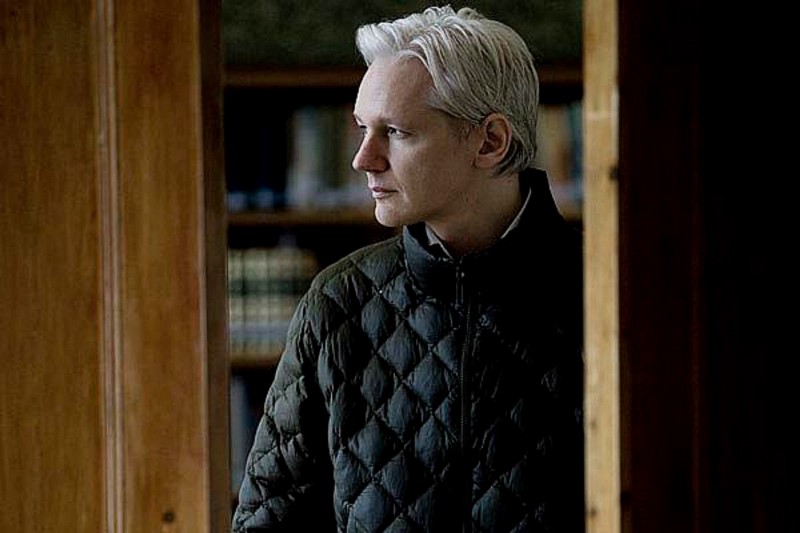 By Alison Broinowski with Independent Australia

ENOUGH IS ENOUGH. You’ve often heard that from leaders clutching at their last straw.

Australia, you would think, has had enough this year. Enough of a scorched, smoky summer. Enough eviscerating loss of family. Enough people fleeing for their lives from infection. Enough inaction in the face of existential threats. Enough excuses made. Enough blind eyes turned. Enough lies.

But no. There’s more to come. In Australia, telling the truth is now a crime. At least four Australians who did so face secretive trials in the coming weeks, three of them in Canberra. Another is imprisoned in the ACT without you knowing what for or at whose orders. You aren’t allowed to know his name, nor the name of Witness K. You may be familiar with the other two: Bernard Collaery, K’s lawyer, and Annika Smethurst, a Newscorp journalist whose home was raided by police last July.

The fourth Australian is in pre-extradition detention in London’s high-security Belmarsh prison, also for telling the truth. Evidently, this is now a crime in your allies’ system as well, even though the U.S. has its First Amendment and the UK has a Bill of Rights.Judge handling Witness K case risks 10 years jail if he breaches secrecy provisions
The judge overseeing a case against the lawyer of a former spy at the centre of a bugging scandal involving East Timor…www.theguardian.com

Revealing the embarrassing truth is what Chelsea Manning is back in a U.S. gaol for, what Edward Snowden is exiled in Russia for, and what Julian Assange did in 2010 when WikiLeaks published documents selected from more than 700,000 U.S. diplomatic cables, assessment files of Guantánamo Bay detainees, military incident logs, and videos from Iraq and Afghanistan.

That’s why Assange, having been in diplomatic exile for seven years in London, faces 175 more years for espionage in a U.S. gaol. The absurdity of such a sentence, when the worst war criminals get 45 years, reflects the fury of the U.S. security state at being caught out and the subservience of its UK colleagues. Those on both sides of the Atlantic determined to get Assange are unrelenting. His extradition hearings began on 24 February.

Almost too late, the Guardian has re-discovered its editorial conscience and begun opposing extradition, not wanting justice for Assange, but press freedom. Professor Nils Melzer, the UN Special Rapporteur on Torture supports that, but has gone further, deploring Assange’s mental and physical state. He has written to the UK and U.S. governments pointing out their responsibility for his treatment. He is to raise Assange’s case this week with Sir Richard Dearlove, who was head of MI6 during the Iraq invasion.

Good luck with that.

The aim of the charges is to halt whistleblowers and stop journalists giving them a platform.Press freedom is at risk if we allow Julian Assange’s extradition | Roy Greenslade
Later this month, a journalist will appear at a London court hearing in which he faces being extradited to the United…www.theguardian.com

Since Kevin Rudd, Australian prime ministers have been silent if not virulently negative about Assange. In recent months prominent individuals, including Bob Carr and Dick Smith, have pointed to the urgency of his case and advocated his release.

In November the Greens’ Peter Whish-Wilson presented a petition with 200,000 signatures to the Senate, calling for Assange to be brought back from the UK to Australia. Late last year, Tasmanian Independent Andrew Wilkie formed the “Bring Assange Home” Friendship Group, which he co-chairs with George Christensen of the Liberal-National Party. It has no Liberal Party member.

Wilkie and his supporters have sought appointments in London to make the case for Assange. He says UK Prime Minister Boris Johnson, Australian Prime Minister Scott Morrison, and U.S President Donald Trump have made Assange their “political plaything”.

Why can’t Morrison ask Trump, as a favour, to ‘do the right thing by this Australian’?

But it’s not about Assange himself. The five eyes partners are warning others what will be done to those who embarrass them. In the week before the case for extradition begins, intentionally or not, the Australian Parliament will not be sitting.

The familiar excuse that Assange’s case is “outside Australia’s jurisdiction” seems not to matter when the person unjustly detained is an academic in China or Iran, or a football player in Bangkok. Nor did it matter when former Prime Minister, John Howard, who was electorally vulnerable, bowed to public pressure and wangled David Hicks out of Guantanamo Bay.

What’s missing in Australia now is an impending election and public pressure. Morrison’s early popularity has slipped and his Coalition is in disarray. But he has at least two years in the Lodge.

What with fires, climate change, and gloomy economic prospects, there’s more pressure on you, the public, than coming from you just now.Federal MPs fail to demonstrate support for Julian Assange
By Sean O’Reilly | | comments Australian politicians in a position to advocate for Julian Assange have, thus far…independentaustralia.net

Your Australian mainstream media are not interested. No connection with Assange is made by the very organisations which were crying last year for your “Right to Know”. Former political prisoner Peter Greste, who heads the Alliance for Journalists’ Freedom, cites his own experience in Egypt and pleads the case of Kylie Moore-Gilbert, imprisoned in Iran for “espionage” since 2018. He admits he doesn’t know what she’s done, but urges you Australians to “get shouty” about her, otherwise nothing will change.

He knows what Assange did, yet he won’t support him, evidently inviting the same result. What if Greste was in Belmarsh and you said nothing?Council of Europe sides with Julian Assange
The attitude of European institutions is changing after years of silence. In this case, it was Andrej Hunko and Gianni…independentaustralia.net

This story was first published by Independent Australia and has been republished in A Sense of Place Magazine with their kind permission.