Australian Courts Clogged with Challenges to Thousands of COVID-19 Fines 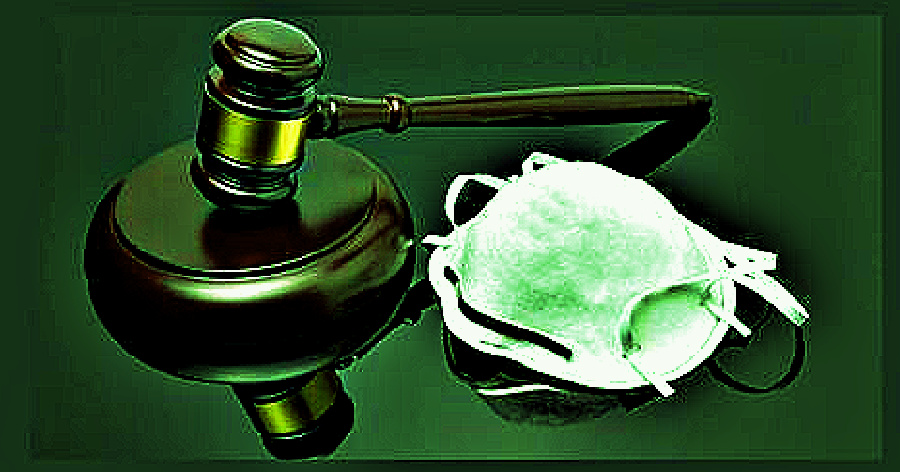 In New South Wales alone more than 7,000 people have sought reviews of Covid fines over the past several months, and most have failed, with only one in ten of the reviews lodged with Revenue NSW succeeding.

Information obtained under a Freedom of Information request reveals that Revenue NSW received 7020 requests to review penalties for breaching a Covid-19 public health order from 1 July 2020 to 10 October 2021.

Of those, 386 were successful and and 15 were converted to a caution, while 3481 fines were allowed to stand.

The decision remains pending for 3138 fines, and Revenue NSW has commenced enforcement action over 17,657 unpaid fines ranging from $500 to $5000, totalling $44 million.

An employer can be taken to court for failing to comply or providing false information in these circumstances. If a garnishee order is issued, the costs are added to the original fine.

It’s reported that the FOI documents revealed there were 50,905 pandemic fines issued from 1 July 1 to 10 October, a critical period when Sydney was dealing with a significant outbreak of the Delta variant. At the time,  NSW Police launched an enforcement blitz.

On 9 July, NSW police deployed 100 extra officers to Sydney’s south-west with the aim of patrolling the streets to ensure the largely migrant population is abiding by lockdown restrictions, such as having a reasonable excuse to be out.

In August this year, the NSW emergency cabinet adopted regulations drafted by NSW Police – which included increased police presence in all areas, including specialised command officers, riot squad police and 1400 members of the NSW highway patrol.

In August when the new rules were announced, NSW Police commissioner Mick Fuller said, “Some of the strongest laws, some of the strongest police action coming, I’m not apologetic, please don’t write and complain to me. We have given ample warnings and cautions. That time has gone.”

Not surprisingly, fines increased. The numbers show a significant jump from the 1743 pandemic fines issued in the 2020-2021 financial year, which ended June 30.

Ultimately, many people will end up challenging the fines in court, which will only add to the overload of cases currently being experienced by courts across New South Wales.

But there are also calls for the NSW Government to show more compassion. Public Health rules have changed constantly throughout the pandemic, often without much public notice, and they have not always been well communicated. Sometimes they are vague and even contradictory.

Police have also shown inconsistency in their enforcement of the rules, and as we have seen on more than one occasion, ignored the presumption of innocence. There have been several reports of discriminatory over-policing in marginalised communities too.

According to reports, a woman breastfeeding her baby in a park, an elderly man obtaining urgent medical attention, grandmothers looking after their children in the playground and people sitting alone in their car are amongst those people challenging fines.

Covid-19 is a health threat, not a revenue raising opportunity

At the start of Covid-19 in early 2020, Governments trotted out the rhetoric that we were “all in this together” and Australians were largely compliant (and have continued to be) with public health rules.

However, it would appear that when you put police in charge of the pandemic, as New South Wales has done, then the focus becomes ones of enforcement rather than education or collaboration.

Most Australians understand the potential severity of Covid-19, Delta and now the Omicron variant of the virus. Many have been vaccinated as a result.

It would seem obvious that for the vast majority, the potential health implications are well understood. And, psychologically speaking, it is basic human nature to fight for survival in the face of a threat.

The NSW Government has failed to understand this – it has failed to put it’s trust in the public to make their own decisions and do the right thing by themselves individually, and for their families.

Instead, we’ve endured heavy-handed law-enforcement, coercion and the tyranny of vaccination mandates all of which have completely undermined the principles of individual freedom of choice and other principles of democracy as well as contributed to deep social divisions which will take a lot of time to repair.

We’ve had pandemic management that has damaged the economy, caused a number of ‘shadow pandemics’ – including mental health, domestic violence and homelessness – and further eroded trust in police.

Now, in addition to this, we have a number of people who are (in many cases unnecessarily) stressed – both emotionally and financially because they have to pay back a significant fine when fines, ultimately, have had limited success in containing the various variants of the Covid-19 virus’ ability to spread quickly.

As time goes forward, the New South Wales Government needs to rethink its public health strategies. As the experts keep telling us, for the foreseeable future, Covid-19, Delta and Omicron are here to stay.

Managing the pandemic requires a much more humanitarian approach than what we have had to date.

Sonia Hickey is an Australian freelance writer, magazine journalist, and owner of ‘Woman with Words’. She has a strong interest in social justice and is a member of the Sydney Criminal Lawyers® content team. She has emerged as one of the most compassionate and thoughtful writers of the Covid era and A Sense of Place Magazine has been proud to republish her work throughout this unlikely year. Sonia is the winner of the Mondaq Thought Leadership Awards, Autumn 2021.