Melbourne Meltdown: The Best of 2020. 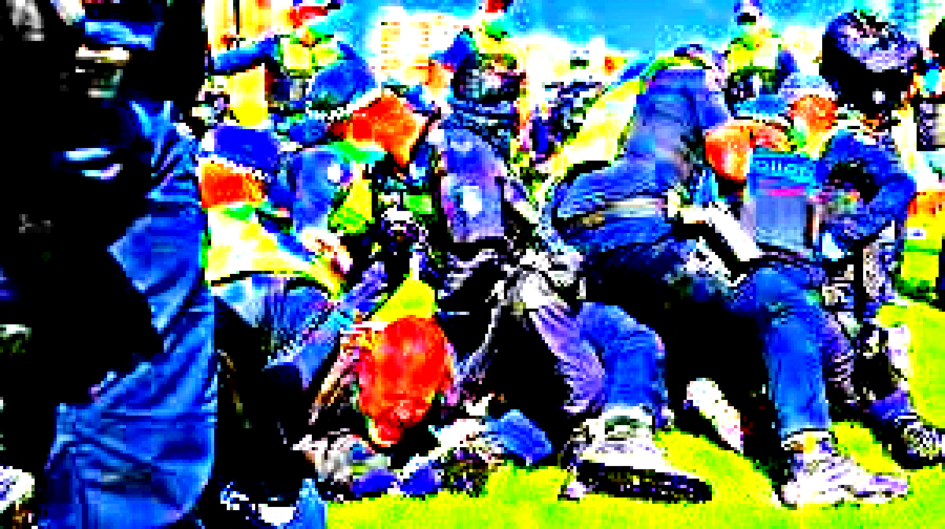 Every single day, seemingly without end, more than five million people in Melbourne are suffering through the harshest lockdowns in the world.

Metropolitan Melbourne residents may only leave their homes for a “valid” reason and must comply with a curfew between the hours of 9 pm and 5 am.

All Victorians must wear a face covering when they leave home, no matter where they live.

For three weekends in a row there have been wild scenes as police carpet the city in increasingly violent suppression of protesters, including police chasing down protesters on horseback.

Against a backdrop of extreme tactics, amidst multiple claims of police brutality and striking scenes of riot police throwing protesters to the ground, the Covid story itself, the justification for this insane brutality, has disappeared.

The Covid story has already unraveled for a government which shamelessly sowed panic and confusion into the general public for their own purposes.

Senior epidemiologists around the world now say that Covid-19 is no worse than the common flu and the lockdowns and concomitant societal destruction have all been in vain; at best misguided, at worst a wanton and deliberate destruction of the old order. The quadrupling of the national debt, the shutting of borders, the destruction of the Federation, the crashing of industries, the introduction of what is tantamount to martial law, that all of it was for nothing.

Despite numerous stories and considerable visual evidence, including one man who ended up in hospital in a coma, Premier Daniel Andrews has claimed there is no culture problem within Victorian Police.

That sounds about as sincere as his claim that he hadn’t watched the video footage, which has been viewed millions of people around the world, of a pregnant woman being arrested in her own, in front of her children, for making a Facebook post.

The media hunt in packs. And the pack has turned.

Every night for months Sky News has been pounding on about the insanities of lockdowns, conveniently sheeting home blame to State Labor Premiers rather than the Prime Minister Scott Morrison, who allowed it all to happen.

Conservative firebrand Alan Jones is now calling for a national advertising campaign to inform the public that they have been lied to.

The chattering classes find it easy to dismiss Sky News as being right wing, a creature of the conservatives.

Which is why the significance of mainstream, left-leaning journalist Chris Uhlmann, coming out opposing lockdowns in The Age and The Sydney Morning Herald, should not be underestimated.

Uhlmann writes: “The Victorian solution punishes the many for the few. It preferences the very old over the young, mortgaging the future of the entire school and working age population. It is hard to imagine how you could design a policy that is more profoundly unfair or damaging to a society.

“Nowhere in this often-opaque democracy has a less transparent court system, bureaucracy, police force or government than Victoria. The people there have been badly served, even as some revelled in the servitude. Its systems of power have combined to deliver the wanton destruction of its vibrant society. Its government has condemned its people to a poorer future, to higher unemployment, more poverty and less opportunity.”

There have been numerous developments over the past week, not least of which was the very public resignation of Treasury official Sanjeev Sabhlok.

I served your government as an economist till 10 September 2020 but have resigned to protest your Police State. I did not come to Australia to be a slave of whimsical government. There comes a time in life when you need to take a stand based on your principles. I did not come here to live in a socialist society. I came to live in a free society.

Behind him is a hapless Federal Government desperately trying to escape the odium of their Covid fiasco, now being called “the biggest mistake in history”.

Premier of Victoria, Daniel Andrews, is on the face of it an out of control regional despot making a fool of himself on the international stage, while destroying the lives of millions.

What happens when millions of people realise that they have been utterly, completely, totally lied to?

“You dictators are ruining the country,” one protester said as he was being arrested. “This is not Victoria,” one clearly angry woman said as she fronted police. Others screamed as they were being shackled.

That people are being viciously attacked for exercising their democratic right to protest is making demonstrates to everybody that a once largely peaceful country has been destroyed in a matter of months.

What happens when they realise that Covid-19, as epidemiologists around the world are now saying, is no more deadly than the common flu?

What happens when they realise that their livelihoods, their businesses, their jobs have been destroyed by a megalomaniacal push to control every aspect of Victorian lives?

What happens when the public realises that the truly staggering multiple incompetencies of Australia’s political class has destroyed not just their own lives and futures, but the lives and futures of their children?

That in the cruelest and most vicious way possible Covid-19 has been blatantly used by Australia’s ruling classes to feather their own nests, while at the same time grotesquely expanding the power of the state.

Revolution. Rioting in the streets. A city, a state, a country, burnt to the ground.