Winter’s Coming Back to Australia: The Photography of Dean Sewell 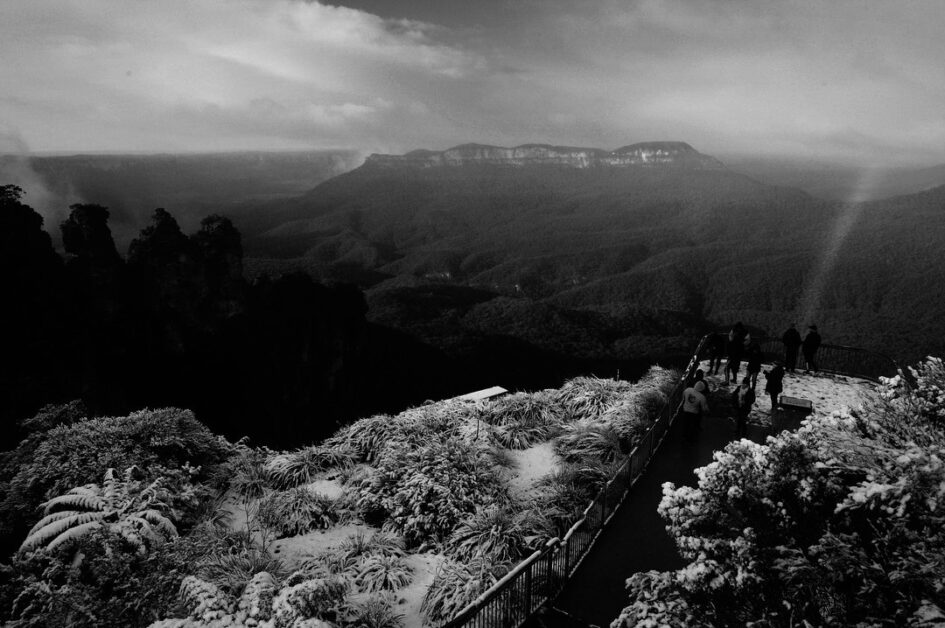 After one of the worst bush fire seasons in living memory, it’s easy to forget that last winter there were snowfalls across parts of Australia that don’t see snow from one year to the next.

And to celebrate A Sense of Place Magazine’s splendid new website, we are republishing the piece in the here and now. As the first cold snaps remind everybody that winter is just about upon us.

Better known for its strikingly beautiful desert landscapes and the harsh heat of the inland, it has been snowing in parts of Australia that haven’t seen snow in decades.

The lingering and unusually cold winter is continuing, with snowfalls and arctic conditions expected in the eastern states of Victoria and parts of New South Wales over the coming days. There have been heavy falls in ski resorts which in many years are forced to use snow machines to satisfy skiers.

Warnings have been in place for treacherous road conditions as alpine regions across Victoria and NSW shivered through below freezing temperatures and heavy snow falls.

Severe frosts with temperatures down to minus three degrees have created hazardous conditions for motorists.

There have been snowfalls at fairly low levels, which is more than a little unusual.

Areas as low as 400 metres have been getting snow dumps. The New Daily.

One local, Jack Tighe, took his three kids, Monique, Pascal and Jerome tobogganing down Warratah street. a normally arterial road that bisects both Katoomba and Lurline streets on the Southern edge of town.

Only police cars cruised the empty streets, enforcing the road closures and guaranteeing the safety of early morning revellers rejoicing in the increasingly rare event.

From his home in the Blue Mountains west of Sydney photographer Dean Sewell told A Sense of Place Magazine conditions had been absolutely freezing.

Katoomba where I live is a cold place, a kind of cold which seeps into your bones. But years can pass without any actual snow accumulating on the ground. This year has been different. Dramatically different. It’s wonderful for photography. But difficult for many of the elderly residents.

Katoomba, when boiled down is essentially a sleepy country town.

When I awoke to see the snow blanketing the streets, my first instinct was to get up to the heart of the town to see how people were reacting to the event. But the streets at 7am were basically deserted, with only a handful of newly awoken individuals drifting through the snow lined streets.

And that’s the space with which I like to work in — where humanity intersects with the environment. But on this particular morning, the streets were eerily empty.

The normally early train arrivals that haul day trippers up the mountains were severed also, adding to the snow drenched desolation that had gripped the top of town.

Locals however, saw the snow event as anything but disruptive, taking advantage of the rarely closed streets around the town center.

One fascinating anomaly is that while conditions have been freezing across southern Australia, at the same time much of the country is gripped in drought. The country appears to be in what is called an El Nino year, which is normally associated with hot and dry conditions across the country.

Oddly, the country has been both cold and dry.

According to the Australian Bureau of Meteorology: An El Niño occurs when sea surface temperatures in the central and eastern tropical Pacific Ocean become substantially warmer than average, and this causes a shift in atmospheric circulation. Typically, the equatorial trade winds blow from east to west across the Pacific Ocean. El Niño events are associated with a weakening, or even reversal, of the prevailing trade winds.”

Sewell, who is a staunch believer in climate change, has made promoting its visual impacts one of the raison d’etres of his career. He says one of the most fascinating things about the current conditions is that it is what he calls a “white drought”.

White Drought — I don’t know if this term has been coined but, it is like it’s distant cousin, the “Green Drought”.

It’s a ruse if you like, a distraction to the underlying, persistent drought.

Besides Katoomba I have been also heading out to the Oberon Plateau further west, where they like much of NSW is in drought conditions. They have been hand feeding cattle and sheep out there for the past year or more.

To the average Joe, the areas of the Plateau look like a fairly wonderland.

But you can see the new born lambs out there hobbling along in the snow with not a fresh blade of grass to eat. They are born into a hand fed diet.

While Australia is normally associated with hot weather a succession of cold fronts has brought wind, rain and snow across the southeast of the country. Australia. As well strong southerly winds have kept days and nights much cooler than average.

Snow has been falling on and off in places like the Dandenong Ranges in Victoria and around Orange in western NSW. Many areas above 1,000 metres in the NSW Central Tablelands have been snow covered.

Among the lowest places where snow has settled in recent weeks are the apple growing district of Tumut in New South Wales and the historic gold rush town of Maldon in Victoria, both at about 300 metres elevation.

Often, strong cold outbreaks will pass within a day or so, but this event was more prolonged than most because of multiple blasts of cold air heading up from the south.

In a competitive field, Dean Sewell carved out an excellent reputation as an independent documentary photographer, concentrating his gaze on the social implications of the globalised economy and the environmental consequences exerted by climate change.

Through his acute colour studies Sewell also explores the dichotomy between the urban environment and its human habitation. This sits in stark contrast alongside his more reserved yet apocalyptic representations of drought and fire ravaged landscapes.

Sewell was the winner of the 2009 Moran Contemporary Photography Prize for a work borne out of a three year study of the Murray-Darling Basin, the central river system in Australia.

He has been the recipient of three World Press Photo Awards in 2000, 2002 and 2005 for works covering the transition of East Timor to an independent state, Australian Bushfires, and the 2004 Tsunami aftermath in Aceh, respectively.