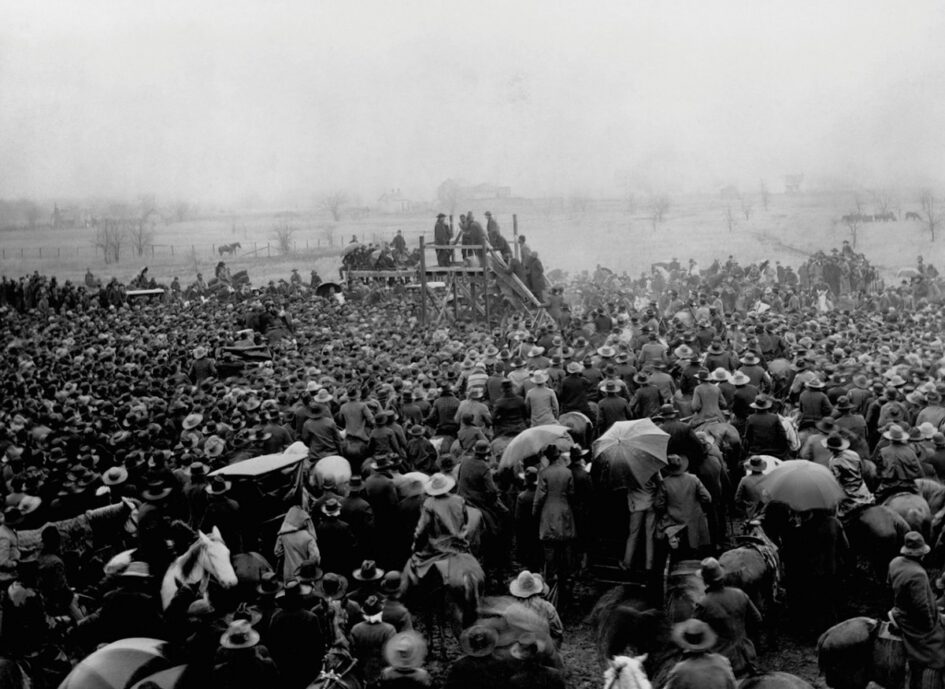 Toby Young is a British journalist who became the subject of a media feeding frenzy two years ago after being appointed to an education committee by Theresa May. Within a few weeks he’d lost all of his five board positions and jobs on various education committees and found himself depersoned by the mob.

Toby, who is Associate Editor of Quillette in London, has written very movingly about what that waas like:

“Being publicly shamed is a brutal, shocking experience that strips you of your dignity and I’ll always look back on it as one of the low points of my life.

“I know from my own experience that one of the hardest things about being mobbed is the feeling of isolation, of being a social pariah.”

Young talks about the “offence archaeologists” who trolled through his 30-year journalism career cherry-picking sentences and phrases they could take out of context to cast him in a bad light, turning even former friends against him:

“That’s one of the most disheartening things about being shunned and cast out by your colleagues — the people you hoped would stick up for you join the lynch mob along with everyone else.”

As Toby explains, what’s really devastating is people start to believe what the mob is saying about you:

One of the reasons social media mobbings are so effective at destroying a person’s reputation is that they create the impression that the views of the targeted individual are completely abhorrent to the vast majority of people.

That’s one of the worst aspects of seeing your name dragged through the mud — the fear that people you know and care about are going to believe some of the terrible things people are saying about you and the feeling that there’s nothing you can do about it”.

My trial-by-media began shortly after midnight on January 1, when I started trending on Twitter. The cause was a piece about me in the Guardian newspaper which had just gone live. The headline read: “Toby Young to help lead government’s new universities regulator.”

That was a bit misleading. I was one of 15 non-executive directors who’d been appointed to the board of the Office for Students, a new higher education regulator, not one of its leaders.

How did that happen? Well, it didn’t help that I’m pro-Brexit and was a prominent campaigner for the Leave side in the referendum about Britain’s membership in the European Union. Many distinguished academics thought that alone was enough to disqualify me from regulating Britain’s universities.

But the main reason I became such a lightning rod is because I had been appointed by the Prime Minister. If it could be shown that I was an unsuitable person to sit on this board, that would embarrass Theresa May. And boy, did they go at it. Nine days later I had been tarred with all the vices of a privileged white male — tarred and feathered.

The first wave of attacks took the form of dredging up articles I’d written in the past and mining them for evidence that I held unpalatable views.

In the course of my 30-year career I’ve written some pretty sophomoric pieces, many of them for ‘lad mags.’

I spent 48 hours in the Welsh mountains simulating the selection course for the Special Air Service, Britain’s elite special forces unit. I went undercover as a patient at a penis enlargement clinic in London.

I even got a professional hair-and-make-up team to transform me into a woman and then embarked on a tour of New York’s gay bars to try and pick up a lipstick lesbian. I wrote a best-selling memoir about these and other misadventures in journalism called How to Lose Friends & Alienate People that was turned into a Hollywood movie starring Simon Pegg. In other words, not your typical appointee to the board of a public regulator.

And the reason I was trending on Twitter is because literally thousands of people were Googling me and coming up with reasons why I wasn’t a fit person to be on this board.

I thought the row would blow over within 24 hours, but what began as a Twitter storm turned into a major story.

Nine days later, when I announced my resignation from the Office for Students, I was leading the BBC news.

We should not embrace the witch-hunter’s credo that says people are defined by their worst moments, that if you’ve said something crass or insensitive about a victim group, particularly if you’re ‘privileged’, then you suffer from a form of original sin so deeply imprinted on your soul that no amount of good works can expunge it.

The outrage mob seem to be in thrall to a particularly unforgiving religious cult. Nietzsche said that the West’s tragedy in the 20th-century was that we would be afflicted by the same puritanical abhorrence of out-group behavior as our Christian forebears, but because we could no longer bring ourselves to believe in God there would be no way to save these malefactors — guilt without the possibility of redemption. Good theory, wrong century.