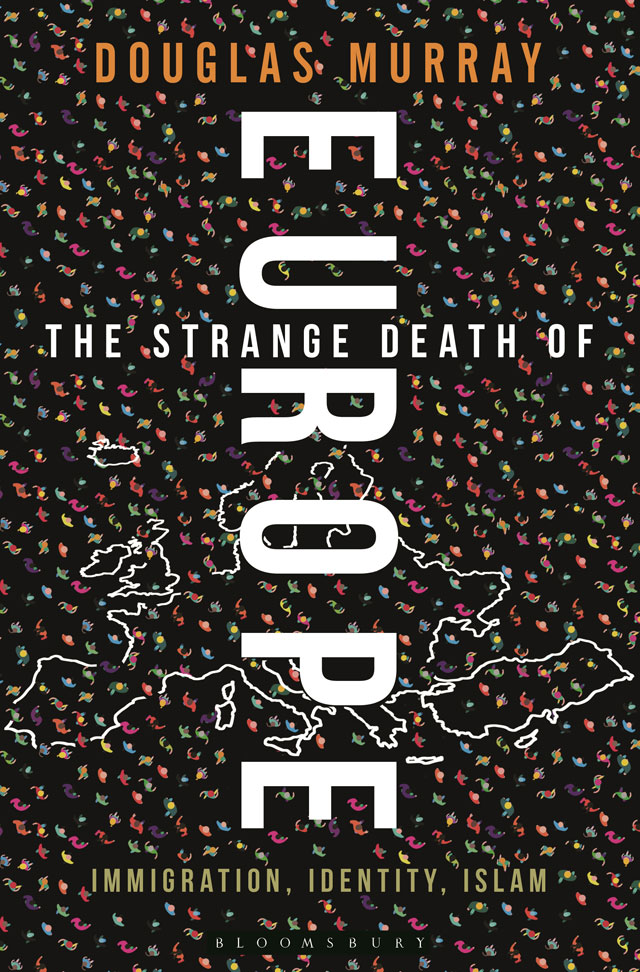 Douglas Murray in his own words: I was already writing about the migration issues occasionally. During the height of the migration crisis in 2015 I was reporting on bits of it and I got frustrated about not being able to explain the whole story because the facts and the emotions they provoke are fantastically complex. None of it is simple or easy. And I suppose like a lot of us who write, you get frustrated trying to do it in one or two thousand words in an article.

I was a long way from home in the Far East. And I had this realisation I had to write a book about the whole thing as I saw it. I find it the most fascinating subject of our time as well as the most troubling. And also being an inveterate walker into places where more sensible people fear to tread, all the difficult bits seemed to me to be the things that need to be thought about and written about and discussed. And I wanted to be able to do that at length.

I travelled whilst reporting for the Spectator and other publications, but a lot more once I had decided to write the book. The points of entry are where the whole thing is clearest. So that’s why I went to Greece, to Italy and to the islands where migrants land. That was really galvanising. As I think I say in the book, when you’re in those places where thousands of people have just arrived, you can simultaneously have a moment of calm, where you can foresee visions of how you could disperse people in such a way that it would work; but in my case I also had the premonition that it simply wasn’t going to, and that this was at least midway through a very serious catastrophe.

The dreamers never follow up what happens. That’s why I wanted to keep following the story through the continent, going to all the places that people end up, from the suburbs of Swedish cities to the outskirts of German towns. I wanted to do that because you could dream in Lampedusa of how well this was going to end. But… my experience across all of the countries in the continent has been that this is a fallacious dream. That’s maybe why people don’t want to talk about it. It’s so much easier to do the first bit. I think maybe people realized that after the so-called saving of people (which increasingly is not saving but helping the smugglers or doing their job for them) that it’s not a happy ending. And maybe that’s why people don’t care about it

In a sense we all feel conflicted on it.

In public debate we are lacking people with clear and thought-through opinions, as well as courtesy. The presumption that the other person may disagree with you but is not necessarily Satan would be a good place to start. But in terms of public debate and conversation it can only improved by trying to improve it, by being a part of it and trying to widen it. The older I get the more I find other views interesting and want to know why people hold them. There’s no threat to your own views, which change a bit, and sometimes a lot, over time.

People who are interested or obsessive about politics like to think that ideas are the only things that matter; in reality, it’s events that matter. Ideas matter enormously in getting the response right. But really it’s about political events and events to which politics reacts. You’re never more than one really big attack away from the whole thing changing. That’s why I think it’s right to get the thinking done now in order that the response, when that happens next, is good.

FOR THE FULL INTERVIEW: