The Covid Fascism of the Pro-Vaxxers 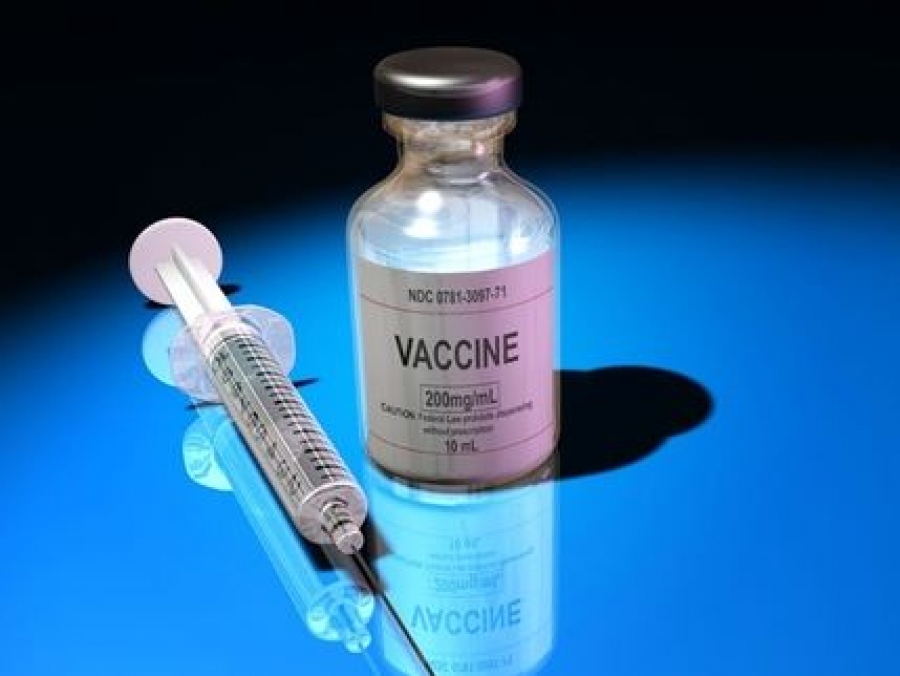 Those who wish to curtail our freedom and rights over a public health scare paint those who oppose their efforts as fringe dwellers and extremists.  Deplorables.  Anti-vaxxers.  Nut cases.  The ones who we should really fear are those who wish to deny us our essential freedoms.

Anti-vaxxers get a bad wrap.

Just like conspiracy theorists, as I noted recently when I attempted to instil some perspective into the debate.

Perhaps the bad wrap is deserved.

I am not that interested in the anti-vaxxers, I must admit.  Other than living just down the road from what is said to be the anti-vaxxer capital of Australia, if not the world (Mullumbimby, northern New South Wales), I have never much engaged with the whole vaxxer debate.

But, suddenly, the debate over vaccines has come to the fore.

Anti-vaxxers can easily be portrayed as extremists, fringe dwellers, anti-science, and, above all, selfish!  Oh, and for the media savvy VicPol commander, “batshit crazy”.  That one always helps, especially during VicPol pressers.

But the “vaccine sceptics” movement is an emerging real thing.  For many good reasons.  There are concerns felt by many across the spectrum of the vaxxer debate.  And they cannot all be dismissed as extremists.

Admittedly, the emerging and quite uneasy alliance between the “fringe” groups and centrist lockdown sceptics creates problems for many.  After all, the anti-vaxxers are often alternate hippy types, possibly Greens voters, who find themselves suddenly and probably temporarily aligned with social conservatives, libertarians and lockdown sceptics.  In the most unusual of circumstances.  It can be an uneasy alliance, indeed.

Pro-vaxxers have the following core beliefs

This narrative has been faithfully and endlessly repeated in the corporate media.  They are particularly obsessed with eliminating any suggestion that the hydroxychloroquine solution has any merit.

For example, Craig Kelly MP must simply be obliterated.  Cancelled from the conversation.  He is seen as the anti-pro-vaxxer-in-chief.  A barrier to the much lauded Bill Gates solution.  Vaccines for the world.  (Yes, he does really believe this, and he means to have his vision implemented).

And the pro-vaxxers have powerful allies.  The Surveillance Valley big tecchies, for a start.  Even mentioning a certain drug recommended by Donald Trump is verboten on certain unnamed social media platforms.

The parallels with the climate debate need hardly be restated.  They are uncanny.

But, setting that aside, there are some inconvenient problems for the pro-vaxxer narrative.  Problems both scientific and moral.

First, despite the success of vaccines in eliminating diseases like smallpox, they are only ever effective in around 50 per cent of flu cases.  Vaccines are not the answer to such coronaviruses such as the common cold, still with us after millennia of combat.  As the US Centres for Disease Control (CDC) admit:

CDC conducts studies each year to determine how well the influenza (flu) vaccine protects against flu illness. While vaccine effectiveness (VE) can vary, recent studies show that flu vaccination reduces the risk of flu illness by between 40% and 60% among the overall population during seasons when most circulating flu viruses are well-matched to the flu vaccine.

Second, we may be waiting years for an effective vaccine.  As the US economist Tom Woods has noted:

Adar Poonawalla, chief executive of the Serum Institute of India, the world’s largest manufacturer of vaccines, just said that “it’s going to take four to five years until everyone gets the vaccine on this planet.”

Tom Woods has belled the cat.  The vaccine, touted as the ONLY answer, is perhaps nowhere to be seen, according to someone who should know.  Others, mostly with a vested interest, have been more optimistic.

The tantalising “solution” is trotted out as the answer.  This makes the Covid totalitarianism seem worth it.

There is a mighty problem for the flaccid decision makers who guide our governments, who have nailed their colours to the shaky mast of virus elimination combined with a coming vaccine.

Governments have claimed that the one true answer to the fight of our lives is “the vaccine”.  The magic solution.  The only solution.  Oh, and incidentally, and conveniently, THE perfect excuse for maintaining Covid fascism.

Lockdowns-till-we-get-a-vaccine is the mantra of much of the political class.

Governments have been very successful in deflecting attention away from their own bumbling, useless efforts and in blaming “the virus” for all our policy ills.  It has been a masterful strategy.  Alas, it seems to have worked.  Most of the people seem to think that the crushing of freedom and rights and the destruction of the economy is the fault of Covid.  Not of ill-conceived government policy.

And, if “the virus” is the cause of our problems, then “the vaccine” is the solution.

Third, there are reasonable reasons on health grounds for people to object to being made guinea pigs in a massive medical experiment mandated by panicked governments – a blatant attempt by governments to preserve their preferred narrative of a pandemic where they are the heroes and not the villains.

Serious medical concerns are being simply brushed aside.

Fourth, there is the minor matter (apparently) of the freedom of people to take control of their own health management.  Both those patently not at risk from death from Covid and those who are at risk have not been given (outside Sweden) the opportunity to take care of their own health.  Whatever the arguments are for compulsory vaccination against other diseases, these arguments are of little relevance here, against a viral enemy of puny power relative to the very few other diseases successfully eliminated by vaccines.

Fifth, there is the other small matter of government mandating vaccines that may have been developed from the foetal cells of old abortions.  Alleged Christians like the Australian Prime Minister might have been expected to have been a little more attuned to the potentially game-breaking objections of believing Christians to being forced to have a vaccine developed as a result of what they believe to be immoral methods.  The Australian prelates, in a fit or rare moral fortitude, have drawn this to the attention of the Australian Government.

Uncommitted freedom fighters like Scott Morrison don’t know where to look when these small matters are raised.

No, the powerful pro-vaxxer brigade, with allies as powerful as the aforementioned Bill Gates and the rest of the Big Pharma vaxxer camp, are facing problems.  From mild mannered Christians and from assorted freedom fighters.  Not just from the usual suspects portrayed as being hippy fringe dwellers from Mullumbimby.

To their eternal credit, the anti-vaxxers have been out there on the frontlines in Australia’s greatest ever battle for freedom, notwithstanding the attentions paid to us in 1942 by Japanese bombers.  And in Britain too.

The lefty former British Labor leader’s brother Piers Corbyn was fined ten thousand GBP for arranging a recent protest.  On the back of a bill passed by the supine British parliament the day before the demonstration.  This was disgraceful targeting of perceived enemies of the Covid state.  An exercise of naked power.

Whatever we think of them, we owe the outliers a vote of thanks for marshalling, motivating and energising the forces of freedom to make themselves visible and heard.  Few others have.

The deep state across the Anglosphere feels threatened by people power.  Look at the whole kerfuffle over the populism revealed by Brexit, Trump and the Eastern European and Latin American populists.  The ruling class is crapping itself.  The deplorables continue to provide both hope for freedom fighters and an endless whipping boy for the elites.

No, the anti-vaxxers shouldn’t worry us too much.  It is the pro-vaxxers over whom we should be losing sleep.  They are collaborating with the bad guys.  We must not allow the war against the convenient New Deplorables to distract us from the real issues that confront us.  The war we are engaged in is a war for freedom, not a war against a piddling virus.

Paul Collits is a freelance writer and independent researcher who lives in Lismore New South Wales.  He has worked in government, industry and the university sector, and has taught at tertiary level in three different disciplines – politics, geography and planning and business studies.  He spent over 25 years working in economic development and has published widely in Australian and international peer reviewed and other journals.  He has been a keynote speaker internationally on topics such as rural development, regional policy, entrepreneurship and innovation.