Should We Just Get Rid of Victoria? 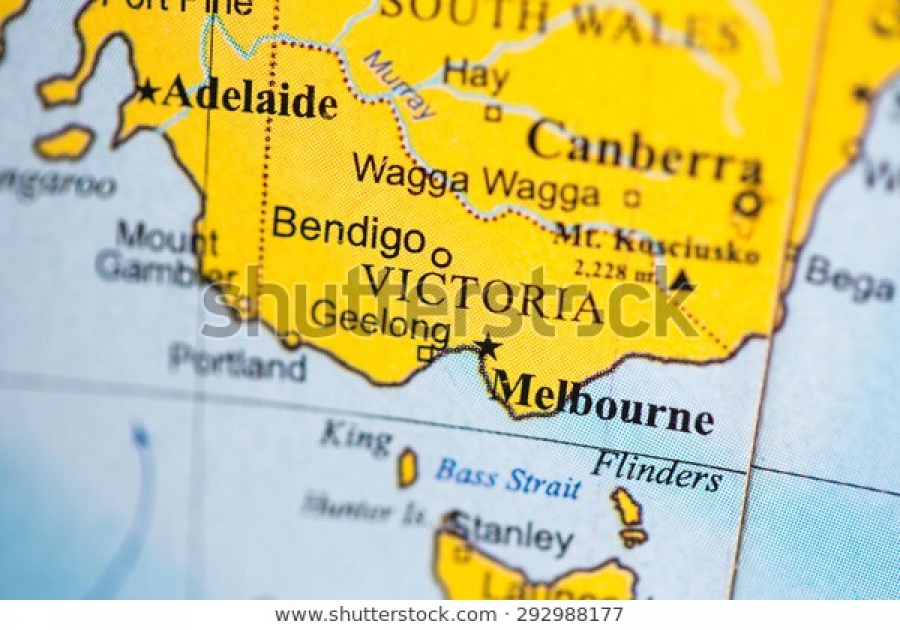 My knowledge of constitutional law is largely confined to my Pol Sci One lectures at the Australian National University in 1975, delivered by the estimable David Adams.  And more recently, through reading the writings of such eminent Australian constitutional scholars as Greg Craven, David Flint and Augusto Zimmerman.

Those were the days when ANU could stake a reasonable claim to being a serious university.  Despite its persistent scores in the top one hundred world universities these days, it has, alas, become little more that the Canberra branch of the Climate Industrial Complex with little interest in scholarship, let alone defending Western civilisation.

My distant memories of those Pol Sci lectures at ANU suggest that the sections of the Australian constitution that deal with adding states or territories to the Commonwealth are Sections 121 to 124.  What about seceding from the Commonwealth?  Western Australia tried it in 1933.  They wanted to leave.  The Poms decided no.

I have a different proposition.  Should Australians be able to kick states or territories out of the Commonwealth?  In particular, Victoria.

It is a proposition worth considering.  Could constitutional lawyers mount a case?

Put simply, Victoria has ceased to deserve its place in the Commonwealth of Australia.  Back in the day, we could all relate to the highly successful tourism marketing campaign – “You will love every piece of Victoria”.  We did.  The culture, the wineries, the scenery, the creative class hipness.

Now, not so much.

The place now is an international embarrassment.  Worse, it is a pariah state.

The brutal dictatorship of Daniel Andrews, with his Vicstapo police state, has reduced his people to the status of serfs, confined to their homes under house arrest.  He has crushed his people.

He has unilaterally made Victoria a client state of China, through the infamous Belt and Road initiative.  He has attempted to destroy the Church, through his smashing of the sacred seal of the confessional.  He has carpet bombed the state with wind farms, destroying landscapes and communities.  He has closed down his own electricity industry, in an effort to conform his state’s economy to green ideology.

Danield Andrews has established his own politicised bureaucracy.   He has instituted weirdo, creepy gender education programs dreamt up at La Trobe University and made them mainstream.  He has politicised the police.  He has rendered the parliament utterly irrelevant, and sought to pass legislation that would have made Adolf Hitler circa 1933 blush.

He has lied to the people.  He is a world’s best practice Covid fascist.  He has instructed his increasingly insane senior police command to turn on innocent citizens with extreme force, in an attempt to bludgeon the state into submission.  He has perfected the twenty-first century Deep State.

He is known internationally as Dan Jong Il.  He looks like an escaped lunatic, and acts like one.

And the Victorians seem to love him!  But do the rest of us?  He runs the state like its own country.  Well, perhaps they should be a country.  Let us make them one.  Why in the hell should the rest of us go along with it?

Victoria is now a net drag on Australia’s international reputation.

There are arguments against kicking Victoria out of the Commonwealth.  They make up about a third of the economy.  Well, when Dan is finished, how much of their economy will actually be left?  They don’t produce much anymore, since manufacturing has relocated to Dan’s favourite country oop north.

Victoria was once the manufacturing hub of the Commonwealth.  Not any more.  Successive governments of all persuasions decided that we no longer need to be a manufacturing country.  This let Victoria without an economic purpose.

No one wants to go to Victoria anymore, so tourism is gone.  Why should we now still love every piece of Victoria?  You can’t even get into the place, even if you wanted to go there.  Tullamarine is a ghost town.  And with Dan in charge, who on earth would think the place is going to open any time soon?  All that work done by Jeff Kennett to steal events from other states gone in a puff of smoke.

They have already shut down their energy industry.  Coal?  What’s that?  Natural gas?  No, we don’t do that here.  We are Victoria!

Covidmania has closed down the arts.  An industry gone.

They do a bit of agriculture.  Their corporate services sector, mostly now owned offshore, could relocate to the new, Victoria-less Australia.  Under a free trade agreement with Australia.  Perhaps Tony Abbott could be engaged as a special trade adviser to sort out the details.

Economically, Australia can do without them.  At least Western Australia, the ones who actually wanted to leave back in the 1930s, might get by with its mining sector.  We actually need them.

What would be the other arguments against kicking Victoria out?

Well, the economic argument is a busted flush.  They are a burden, not an advantage.  But what about sport?  Shane Warne?  We need Victoria for our national sporting status?  Well, sport is now so corporatised and nationalised that states mean zip.  Indian capital runs international cricket.  Pay TV and privately owned franchises run the rest.  Shane Warne is now an international commodity.  Interstate sporting competitions are yesterday’s news.

What does the once great state of Victoria offer to the Commonwealth of Australia?

World’s best practice policing?  Lawyer X?  Ashton’s Circus is a cross between the Stasi and Inspector Clouseau.  Taking a knee for the Black Lives Matter movement.  Marching in the gay parades.  No joy there, then.  The education state?  Corporatised universities disappearing up their own fundaments with a busted business model, ideologically driven courses and a dependence on international students who can no longer come.  Why would they want to come?  A multi-culti paradise?  That went up in smoke with the gangs.

We are dealing with a basket case.  Economically, culturally, politically, constitutionally, democratically.  Victoria is no longer a democracy.  It is a dictatorship.  A police state whose boot is firmly placed on the neck of its citizenry, bereft of the most basic human rights that the once much lauded Victorian Charter of Rights might have been assumed to protect.

But isn’t the current malaise temporary?  Daniel Andrews gives not the least impression that any of this is temporary.

Let us hire some good constitutional lawyers to explore our options.

Good Victorians abound, though they seem to have been relatively silent of late.  We could prioritise the extradition of sane Victorians to the future Victoria-less Commonwealth of Australia.  Refugees are always welcome.