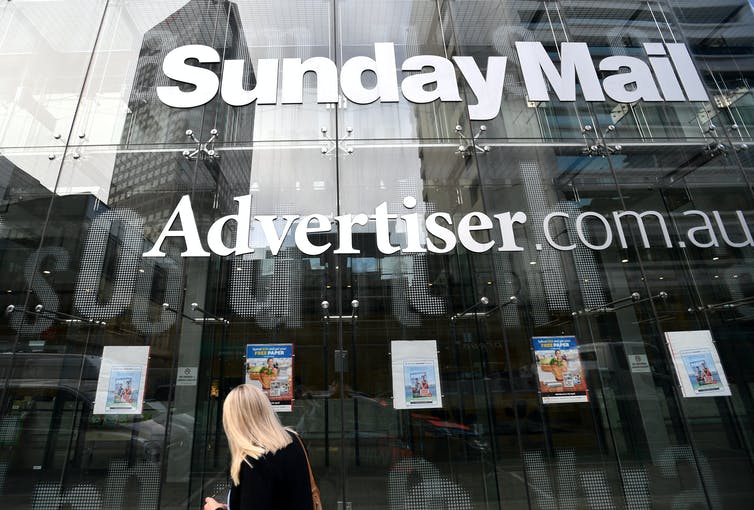 As a researcher working on Australia’s largest academic study into the future of local newspapers, the phones have been running hot in recent weeks. We’ve had calls from everyday people, journalists made redundant, cadets surviving on JobKeeper, and independent news proprietors, all navigating their way through the crisis.

Read more: Local newspapers are an ‘essential service’. They deserve a government rescue package, too

News Corp has announced plans to close or suspend printing operations of more than 100 suburban and small community titles. Its more successful publications, such as the Geelong Advertiser, Gold Coast Bulletin, Hobart Mercury and the iconic Northern Territory News, will remain with print and digital editions.

Other independently-owned newspapers across rural and regional Australia are still breathing: they are gasping for air, but they are breathing. They’ve either temporarily suspended operations, cut back the number of print editions or shifted to a digital-only model to “see how it goes”.

Since the COVID-19 crisis emerged, there have been two key funding schemes introduced (or re-introduced) to support news providers – the government’s $50 million Public Interest News Gathering Program and a $5 million Regional and Small Publishers Innovation Fund.

The federal government has also announced plans to force Google and Facebook to share advertising revenue with producers of quality journalism in Australia. The Australian Competition and Consumer Commission is now seeking views on its new draft mandatory code that will address bargaining power imbalances between Australia’s news media businesses, and Google and Facebook.

This has been met with some initial concern from the Country Press Association of Australia amid fears the modelling may only benefit big companies and not the little players that serve small towns and cities.

The Victorian government has waded in to provide more than $4 million in additional advertising support for local and regional print publications. Our preliminary research indicates Victoria leads the way with this type of support for local news. Other states, such as South Australia and New South Wales, lag behind or have announced changes to legislation that provides government authorities freedom to advertise on their own sites or via social media.

The problem is, social media sites like Facebook don’t put the interests of local communities first, whereas local news outlets do (or at least they should). Facebook has gone to great lengths to distance itself from the types of local content posted on its platform. In the local news ecology, it tends to feed from traditional local news providers or the goodwill of citizens who moderate and upload content of local importance and reap the advertising rewards. One off, $10,000 grants from social media juggernauts to local news entrepreneurs won’t fix this systemic problem.

In some local areas, business owners are offering donations or advertising support to preserve the journal of record during COVID-19. JobKeeper is keeping many cadet journalists on the payroll, and there are some keen reporters doing their bit to report on the news, even if they are not getting paid.

There’s also stories of new start-ups emerging – like Matt Dunn in Victoria’s South Gippsland region. He was made redundant by the local newspaper, which is planning to close its doors permanently. He immediately set to work developing his own digital news platform, “The Paper”.

Dunn is confident elderly residents who have little experience with technology will come on board because they will be hungry for good quality local meaningful news. It’s about the content, not the platform.

However, digital-only publications are problematic in areas of rural and regional Australia that struggle with broadband connectivity. It’s even more worrisome for those areas with ageing populations, where reading the local paper is a daily or weekly ritual to maintain a sense of connection to their community.

I’ve spoken with several elderly residents in recent weeks who are distressed about the decline of Australian Community Media’s local content and the reduction of the print edition. Without the newspaper and technological capabilities, they feel “lost”. And importantly, they can’t read the death notices, so have no idea who has died.

Read more: Without local papers, regional voices would struggle to be heard

Perhaps that is the key for policymakers, researchers and industry in a post COVID-19 world. Big news conglomerates around the world have been accused of building a plethora of zombie newspapers that are local in name only – full of syndicated content, without really being attuned to the needs and wants of a community or helping people to develop shared social connection and purpose to place.

My hunch is zombie papers will be the first to fall.

Audiences aren’t stupid. It’s the newspapers and community individuals determined to provide news that are the heart of their communities and should survive into the future. Policymakers, researchers and industry need to be acutely aware of the types of news outlets and individuals that best provide – or are willing to provide – real, credible and meaningful local news and information for their communities in areas of Australia big and small.

They are the ones that should be at the front of the queue for any type of media vaccine.

From Peter Fray and Eric Beecher: Today’s News Corp cuts represent an enormous threat to Australian democracy ⁠— and a grim reminder of the power of a single family.

Australian news journalism has never seen a day as black as today — and not just because News Corp has closed 12 of its 17 regional daily newspapers, leaving Australia with just 20 remaining.

Today also demonstrates the grotesque power of
one company — and one family — to decimate a large slice of a country’s
news in a single media release.

A company worth $16.3 billion, run from New York, has wielded a knife through large swathes of Australian democracy.

Christopher Warren: Despite News Corp’s intentions to use digital news and state-based tabloids to balance regional closures, the initiative won’t survive the disruption of news media.

Today’s News Corp conflagration of the venerable regional mastheads from northern NSW and Queensland marks the tipping point where printed newspapers will now endure as a nostalgic luxury good for those few communities that can afford them.

Among the 100-plus titles slated for shutting are almost half of all Australia’s regional newspapers — 12 dailies out of its 17, leaving no daily papers along the more than 2000km-long regional strip between Newcastle and Townsville. Only the Gold Coast Bulletin and Courier-Mail in the heavily-populated south-east corner of Queensland will be in between.

Many suburban newspapers suspending print early in the COVID-19 crisis. Now most of them are, unsurprisingly, confirmed as shutting.

MEAA, the union for Australia’s journalists, says the closure of mastheads and the job losses announced by News Corp Australia this morning represent a huge loss for communities in regional and suburban Australia.

MEAA chief executive Paul Murphy said: “We are still waiting for clarity from the company on how many editorial staff will be affected by these changes across the News Corp network. We are determined to see proper consultation and fair treatment for any affected staff.

“The closure of so many mastheads represents an immense blow to local communities and, coming off the back of hundreds of previous regional closures during this period, it underlines the seriousness of the crisis facing regional and local journalism,” Murphy said.

MEAA will be requiring News Corp to engage in full consultation over these major changes to the workplace.

In the Theatre of the Absurd which is now Australian politics, in mid-April the Commonwealth announced a $50 million package allegedly to support public interest journalism across TV, newspapers and radio in regional and remote Australia.

The announcement came a day after Australian Community Media said it would suspend publishing at its non-daily publications until at least June due to the pandemic’s impact of the pandemic on advertising revenue.

Australian Community Media is made up of more than 170 leading rural and regional newspapers and community-based websites. It’s bolstered by the representation of over 100 independent titles. Combined they serve millions of people in every state and territory across Australia.

ACM journalists were told via teleconference that mastheads such as the Avon Valley Advocate, Bunbury Mail, Collie Mail and Esperance Express would be among the papers to be mothballed.

Fast forward six weeks and one really has to ask: What happened to the $50 million??? Did it end up in the pockets of their great friend and enabler, Rupert Murdoch???