Morrison Government Wreathed in Scandal: The Best of 2020. 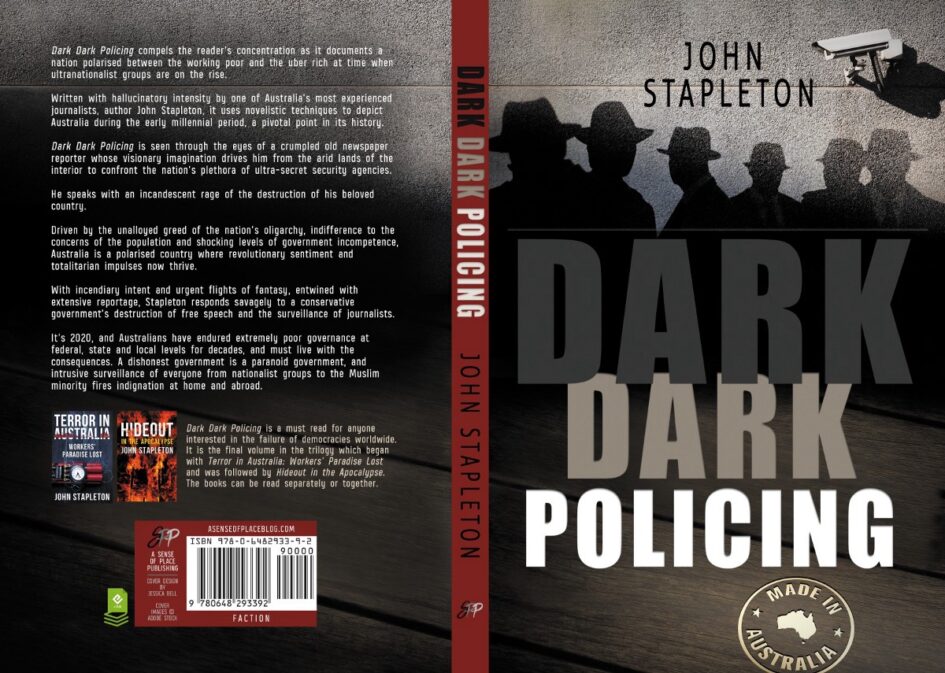 The sorry Covid-19 saga says a lot about Australia and the churn at the top of the pile, the Prime Minister Scott Morrison. None of it complimentary. We have seen in the past few days the deliberate creation of panic in the broader population, a compliant mainstream media becoming handmaidens in support of the demolition of the country and effectively the introduction of martial law into Australia.

What seemed impossible only ten days ago is now all too possible.

Suddenly only two people can gather together at any one time and anyone who defies the order can be jailed.

Suddenly, as if in a mystical sense, the streets hold menace and it feels as if the food riots of the future are breaking into the present. Already people look at each other suspiciously and are frightened of being caught outside.

Throwing the country’s citizens to the wolves, driving millions onto the dole queues, blatantly plundering the poor to give to the rich, is the finale of a process which has been years in the making.

This is a government run by an extremist strand of God-botherers who hate journalists and hate free speech; for the last thing these people want is for their sins to be exposed.

Immediately after Scott Morrison won the May election in an improbable victory, after years of poor governance by the ruling Coalition, one of Australia’s most accomplished journalists, Michael West, wrote in his piece “Election 2019: How good is plutocracy!”:

“The votes were still being counted, the final tally of seats in parliament was yet to be settled, when the inevitable list of demands from big business lobbed in the financial press.

“For ordinary Australians, there will be no ‘working with the government’. The Great Unwashed have had their say, they can have their say again on a Saturday sometime in 2022. Between now and then, for every week in between, the business lobby will enjoy a privilege of access to those in government which is rarely available to the ordinary citizen.”

As West recorded, the Very Big End of Town queued up to congratulate Morrison.

Australian multinational MYOB’s boss Tim Reed expressed relief at the election result “given Labor made it clear they would push for minimum-wage rises”.

Good Lord, we can’t start paying the peasants a proper wage, where would it all end?

“Stop the regulation and stop the bullshit” came the call to arms from multimillionaire retailer Gerry Harvey.

The problem for the government was that these corporate giants might be immensely wealthy and they most certainly had the ear of this government, but their votes were few. That privilege lay with the hordes, the Great Unwashed.

The only thing that has kept the conservatives from a complete collapse in public support is the dismal state of the Opposition.

Morrison won promising to “burn for the Australian people every single day”.

Well, that didn’t happen. It was straight back to business as usual. Nothing changed.

The government continued to hold the people in complete contempt. Electricity prices remained sky high, and owning a home stayed out of reach for many. Standards of living were static or falling. Wages flat. The country continued to fall down the international rankings in terms of educational outcomes.

Scandal after scandal enveloped the government.

Morrison, never known as an ideas man, increasingly presents as a fat self-satisfied seal frolicking in shallow seas. Even in this time of crisis.

His enormously verbose press conferences, widely condemned by commentators and messaging experts, have to be seen to be believed: “We’re battling this virus with all the measures that we’re putting in place, and we’re battling the economic crisis that has been caused as a result of the Coronavirus. Both will take lives, both will take livelihoods, and it’s incredibly important that we continue to focus on battling both of these enemies to Australia’s way of life.”

Trust in democracy, as surveys clearly show, has been at catastrophically low levels for some time now.

The power grab we are now witnessing comes against against an already darkening society. Almost every single economic indicator was trending down, and many of the so-called Quiet Australians already feared a coming depression; even before they were driven onto the dole queues.

The array of rorts and government’s connivance with the corporate realm is so encyclopaedic, it should have provided journalists with enough material to jampack their bulletins and fill their pages every single day of the week.

Soon enough, one can only hope, it will; and angry, indignant books will decorate library bookshelves, their authors demanding to know how such a blatant manipulation of democracy for financial gain could have been allowed to hold sway. How a democracy in peril had been so heavily rorted it was a democracy no longer.

How a once optimistic country as optimistic no more, and everywhere you looked, another scam.

Turning public assets into private gain has reached new heights in Australia. The conservative government have a sour reputation as a pack of corporate crooks who have misused their political positions to plunder the public purse. Pretending to be a hero saving the nation from Covid-19 cannot conceal the truth.

Here’s just a few of the scandals of Morrison’s tenure:

Time and again the government, particularly under Prime Minister Malcolm Turnbull and then Treasurer Scott Morrison, resisted calls for a Royal Commission into the banking sector, until, faced with no choice, they proceeded in 2017. For a full year the public were exposed to tales of plutocratic misconduct, from charging fees for non-existent services to turning a blind eye to the money laundering for drug syndicates and terrorism financing.

Finally, one Friday in early 2019, the final report was handed to the government. Normally such reports are made publicly available immediately. The government held on to the report until Monday.

And on the back of a softer than expected report, bank shares surged $19 billion. On the face of it, this looked like the biggest market manipulation in the nation’s history; and the Big End of Town made yet another fortune plundering the nation. Exactly who got advance copies of the report we may never know.

Scott Morrison was always closely connected with the Very Big End of Town, and now suddenly the banks have been rehabilitated and are being gifted tens of billions of dollars of taxpayers money, under the guise of fiscal stimulus. They are expected to emerge from the coronavirus pandemic stronger than ever.

Then there is the privatising of visa processing, roundly criticised because it was being snaffled up by a close mate of both Malcolm Turnbull and Scott Morrison.

The privatisation of visas has the weight of money behind it, and a veritable gravy train of consultants and business interests to give it momentum. The value of the contract is commonly tipped as $1 billion with some estimates as high $3 billion.

Sometimes a person’s inner bile is writ large across their visage; so poisonous, so toxic, so deep has their inner corruption become, it suppurates out through their skin, the boils visible for all to see.

So it is with this government.

These people have been prepared to sacrifice the health of Australia’s inland river system on the pyre of their own greed.

The stench of millions of dead fish, the rotting corpses of kangaroos and sheep, the missing birdlife, the farmers who can no longer farm, devastated indigenous peoples, an ancient, desecrated landscape, internationally significant wetlands nothing but dust bowls, all of this and more has been happening across Central Australia.

Decades of chronic government mismanagement and corporate greed have turned Australia’s most significant and extensive river system, the Murray-Darling, into a disaster of national and international significance.

As senior editor at The Canberra Times Jack Waterford put it, the dead and stinking fish are “a floating monument to greed, corruption, maladministration and disastrous environmental management.”

Historians will look back and wonder how it was that a country’s ruling elites could so savagely betray, so audaciously rob, their fellow countrymen. How integrity and decency were so easily abandoned. How they could with such blundering idiocy and staggering incompetence destroy the very place which had made them rich.

All of this destruction of the country has been done under the cover of Covid-19.

Officially there have been 19 deaths from coronavirus so far. There are normally between 1500 and 3000 deaths from the flu each year in Australia, according to the Influenza Specialist Group. With estimates ranging up to six million additional unemployed by year’s end, how many more people will die as a result of the ravages of the widespread poverty and unemployment being engineered by this government?

You do not need the gift of prophecy to know that future historians will view the Abbott–Turnbull–Morrison era as the worst period of governance in Australia’s history, a time when a terrible brutality was born.