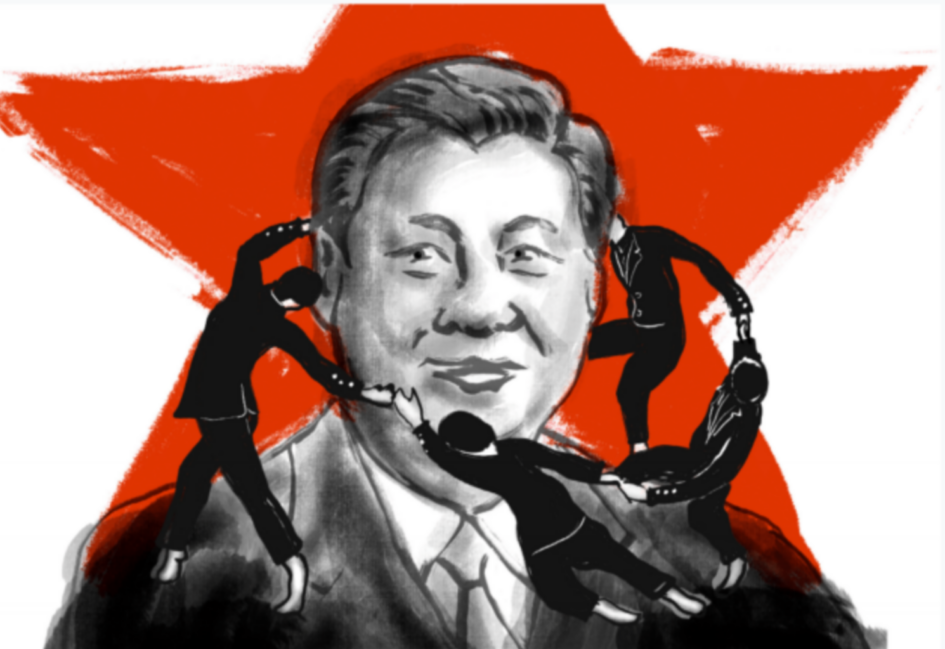 What’s the problem?The Chinese Communist Party (CCP) is strengthening its influence by co‑opting representatives of ethnic minority groups, religious movements, and business, science and political groups. It claims the right to speak on behalf of those groups and uses them to claim legitimacy.

These efforts are carried out by the united front system, which is a network of party and state agencies responsible for influencing groups outside the party, particularly those claiming to represent civil society. It manages and expands the United Front, a coalition of entities working towards the party’s goals.1The CCP’s role in this system’s activities, known as united front work, is often covert or deceptive.

The united front system’s reach beyond the borders of the People’s Republic of China (PRC)—such as into foreign political parties, diaspora communities and multinational corporations—is an exportation of the CCP’s political system.

General Secretary Xi Jinping’s reinvigoration of this system underlines the need for stronger responses to CCP influence and technology-transfer operations around the world. However, governments are still struggling to manage it effectively and there is little publicly available analysis of the united front system.

This lack of information can cause Western observers to underestimate the significance of the united front system and to reduce its methods into familiar categories. For example, diplomats might see united front work as ‘public diplomacy’ or ‘propaganda’ but fail to appreciate the extent of related covert activities.

Security officials may be alert to criminal activity or espionage while underestimating the significance of open activities that facilitate it. Analysts risk overlooking the interrelated facets of CCP influence that combine to make it effective.

In recent years, groups and individuals linked to the CCP’s United Front have attracted an unprecedented level of scrutiny for their links to political interference, economic espionage and influence on university campuses.

In Australia, businessmen who were members of organisations with close ties to the United Front Work Department (UFWD) have been accused of interfering in Australian politics.

In the US, at least two senior members of united front groups for scientists have been taken to court over alleged technology theft. Confucius Institutes, which are overseen with heavy involvement from the UFWD, have generated controversy for more than a decade for their effects on academic freedom and influence on universities. Numerous Chinese students and scholars associations, which are united front groups for Chinese international students, have been involved in suppressing academic freedom and mobilising students for nationalistic activities.

In Australia, Canada, the UK, the US, Argentina, Japan and the Czech Republic, groups mobilised to gather increasingly scarce medical supplies from around the world and send them to China. Those efforts appear linked to directives from the All-China Federation of Returned Overseas Chinese, a united front agency.

The party’s Central Committee has described the federation as ‘a bridge and a bond for the party and government to connect with overseas Chinese compatriots’.

After the virus spread globally, united front groups began working with the CCP to donate supplies to the rest of the world and promote the party’s narratives about the pandemic.

Regardless of whether those activities harmed efforts to control the virus, they appeared to take governments by surprise and demonstrate the effectiveness of united front work. The CCP’s attempts to interfere in diaspora communities, influence political systems and covertly access valuable and sensitive technology will only grow as tensions between China and countries around the world develop.

As governments begin to confront the CCP’s overseas interference and espionage, understanding the united front system will be crucially important.

The united front system has nearly always been a core system of the CCP. For most of its history it’s been led by a member of the Politburo Standing Committee—the party’s top leadership body.

However, Xi has emphasised united front work more than previous leaders, pushing it closer to the position of importance that it occupied in the party’s revolutionary era by elevating its status since 2015. That year, he established high-level bodies and regulations that signalled a greater emphasis on and centralisation of united front work.

Later, the Central Committee’s UFWD was expanded by giving it authority over religious, ethnic and Chinese diaspora affairs.

The united front system and the UFWD in particular have also been given a central role in coordinating policy on Xinjiang, where the darkest side of the party’s political security efforts are on full display. The CCP originated as a chapter of the Soviet Comintern in 1921. It is itself a product of Lenin’s international united front efforts. In 1922, it began carrying out its own united front work by proposing a united front of supporters of democracy

To this day, the united front system helps the CCP claim legitimacy, mobilise its supporters and manage perceived threats. It plays a central role in developing policy on highly sensitive issues such as Xinjiang, Tibet, religion and ethnic affairs. It also oversees the CCP-led political model of ‘multiparty cooperation and political consultation’ that’s been in place since 1949.

It’s designed to bring a diverse range of groups, and their representatives in particular, under the party’s leadership.

These activities focus on building relationships.

Xi Jinping has emphasised that ‘the United Front is about ‘working on people.’

Co-opting and manipulating elites, influential individuals and organisations is a way to shape discourse and decision-making. United front work encompasses a broad spectrum of activity, from espionage to foreign interference, influence and engagement.

There’s no clear distinction between overseas and domestic work.

The fact that the United Front is a political model and a way for the party to control political representation—the voices of groups targeted by united front work—means its overseas expansion is an exportation of the CCP’s political system.

This is an extract from a report released this week by the Cyber Policy Centre at the Australian Strategic Policy Institute. The party speaks for you: Foreign interference and the Chinese Communist Party’s united front system is the first comprehensive mapping of Beijing’s united front system.

The system is at the heart of the Chinese Communist Party’s efforts to influence foreign politicians, meddle in ethnic Chinese communities and transfer technologies from abroad. Recently, it mobilised amid the Covid-19 pandemic to send medical supplies to China.

The full report can be seen at the ASPI website.