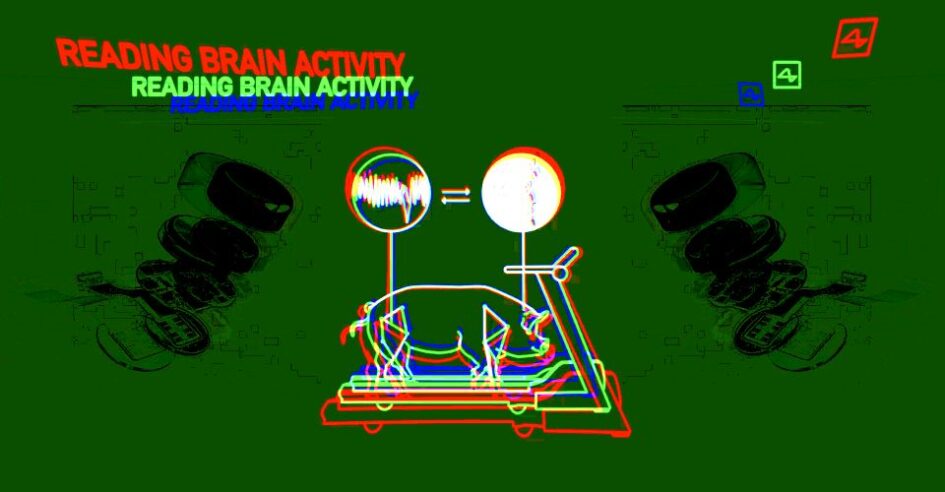 Elon Musk’s controversial ‘brain chip’ might be coming sooner than first thought, with the technology entrepreneur revealing new advancements in a demonstration this weekend.

Just when you thought the year 2020 couldn’t get much weirder, the billionaire has introduced a group of pigs with mind-reading brain implants to a Neuralink forum.

Elon Musk has unveiled a pig called Gertrude with a coin-sized computer chip in her brain to demonstrate the prototype for ambitious plans to create a working brain-to-machine interface.

The news comes a little over a month after Musk announced his latest start-up, Neuralink, was in the process of developing a brain-computer interface that allegedly has a ‘life-changing’ range of benefits – including the ability to stream music straight into your brain.

Neuralink, which has already received more than $158 million in funding, demonstrated a passel of Yucatan swine during an event on Saturday afternoon at their headquarters.

Several of them had previously undergone a surgical procedure in which a robot placed the latest version of Neuralink’s computing implant into their brains.

As a result, the brain activity of these ‘enhanced pigs’ could be transmitted wirelessly to a nearby computer, allowing onlookers at the event to watch the animals’ neurons fire in live time:https://www.youtube.com/embed/vxehbGLoar8?version=3&rel=1&fs=1&autohide=2&showsearch=0&showinfo=1&iv_load_policy=1&wmode=transparent

During the presentation, Musk revealed new data points around his expectations for the technology and Neuralink as a company. Once shrouded in mystery, the company is starting to peel back.

Musk spoke enthusiastically at the event about the potential for the technology to address brain injuries and other disorders. “The neurons are like wiring, and you sort of need an electronic thing to solve an electronic problem,” he said.

He expects the implant procedure to start out quite pricey but to come down to “a few thousand dollars” over time. It is the first stage towards fulfilling the company’s vision for human brain chips.

Once it’s able to fit into humans, he expects them to be able to update their devices as new models come out with more features — just like a smartphone device.

Neuralink’s dream is largely expanding upon mainstream medical research into the field of neurotechnology, which is more centered towards application for diseases — rather than for advanced consumer and communications products.

The company says it is dedicated to “connecting our minds to computing capabilities”.

They will achieve this by creating devices that can be implanted in the human brain, with the purpose of helping human beings merge with software and keep pace with AI advancements.

Neuralink has developed flexible ‘threads’ that can be implanted into a brain and have a vision to one day allow you to control your smartphone or computer with just your thoughts.

The technology being developed by Neuralink will allow humans to integrate with computers to access and process information just as well as our AI counterparts.

Musk wants to start testing in humans over the next 12 months and recently appeared on Joe Rogan to further explain the details behind the project.

It’s mostly about the bandwidth, the speed of the connection between your brain and the digital version of yourself, particularly output.”

Neuralink was registered in California as a ‘medical research’ company, and the billionaire plans on funding the company mostly by himself.

A booming industry that will transform the world — and Neuralink is not alone in their quests.

It should come as no surprise that, as commercial neuro-research has increased over the last decade, other tech conglomerates are also attempting to harness the technology.

Mark Zuckerberg, CEO of Facebook, has a sister company that is funding research on BIC devices able to pick up thoughts directly from your neurons and translate them into words. The researchers say they have already built an algorithm that can decode words from brain activity.

Neuroethicist, Marcello Ienca, published a paper in 2017 detailing four human rights for the neurotechnology age that he believes need to be protected by law — designed to protect against commercialisation of brain data in the consumer market.

BCI technology is already being floated as a ‘solution’ for tracking COVID-19 patients. Who is to say these devices won’t become commonplace and legislated into society?

This type of presentation may seem ‘bizarre’ now, but it should not be taken lightly.