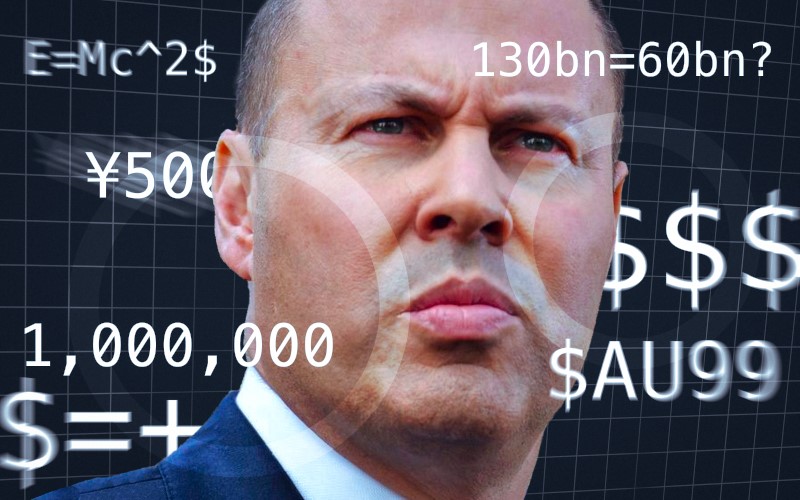 A concerted campaign is under way by the Morrison Government and, it seems, most of the mainstream media to advance the ludicrous concept that Australia’s economy is among the world’s best.

Treasurer Josh Frydenberg first made this claim in his speech on the national accounts on December 2 last year. He tentatively asserted, here at the 9 minute 32 second mark, that:

“… the Australian economy has demonstrated its remarkable resilience and Australia is as well positioned as any other nation on earth.”

Remarkably, he wasn’t picked up for his mendacious claim. He has since frequently repeated it.

With no hint of embarrassment, he said in his Tom Hughes Oration in Sydney last week that:

“We have come through this crisis in a stronger position than almost any other nation in the world – both on the health and the economic front. And our economy has recovered strongly, outperforming all major advanced economies in 2020.”

He may be correct regarding the pandemic. But the economic reality is the direct opposite.

Australia did have the world’s best economy from 2009 to 2013. There was no doubt about that. The other countries in the top five – Norway, the United Arab Emirates, Singapore and Switzerland – were a long way behind on all key variables.

Other countries streets ahead

The table below tells a powerful story. In global terms Australia’s results were very ordinary.

Ireland showed Australia what a well-performed economy really looks like; Taiwan and Luxembourg thrashed Australia on all outcomes; the Netherlands had a slightly greater contraction of GDP, but was streets ahead on the other variables; South Korea had similar GDP growth to Australia but much better results on the others; Denmark’s GDP growth lagged Australia’s marginally, but was well in front on all the other markers; Norway’s low wages growth was close to Australia’s, but it outclassed Australia on all others; and New Zealand added slightly more debt but gave Australia a spanking elsewhere.

Other economies well ahead of Australia’s on most of these variables, though not all, include Finland, Germany, Israel, Singapore, Estonia, Latvia, Switzerland, Poland, Ukraine, Kuwait and the United Arab Emirates.

So how does Frydenberg get away with such scandalous misrepresentation, claiming Australia’s economy is “stronger than almost any other nation in the world”?

Primarily, because he knows none of the economics writers in the mainstream media will attempt to correct him. They are all in on the joke.

Even ABC News in its 3rd March analysis of the December quarter growth figures inserted this 13-second clip of Treasurer Frydenberg speaking loudly and forcefully:

“Australia’s performance on both the health and the economic front is world-leading, with our economy outperforming all other advanced economies in 2020.”

It was loud, forceful, highlighted by the national broadcaster – and completely false.

Alan Austin’s economic literacy and universal contempt for the powers that be make him one of the leading lights in Australia’s increasingly powerful independent media. His special interests include news media, religious affairs and economic and social issues. You can follow Alan on Twitter @alanaustin001.