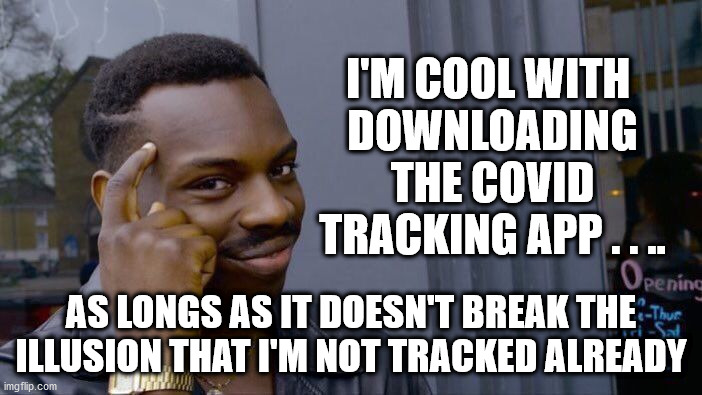 A rapidly increasing number of COVID-19 cases being reported in Victoria and New South Wales. China re-instating restrictions as it sees infections return. Our chief medical officer says his greatest fear is a second wave, and there’s the likelihood the coronavirus will linger around forever like the flu.

Yet another IT debacle from the federal government. But this one is different. In this case we could see people die.

The blunt reality is the COVIDSafe app is a dud. Poorly designed and incapabale of doing what it is intended to do. We need a contact tracing app that actually works.

Of the six and a half million people with the app only a few hundred have been diagnosed with the virus and none of their uploads has identified anyone the state health agencies didn’t know about through manual contact tracing. This means the app is not catching casual contacts, which is its main purpose. Most people can remember the friends and relatives they’ve seen in the past 14 days!

Millions of Australians are out and about every day in the false belief that having downloaded the app they are somehow safer, because that’s what the government told them. It’s still running TV commercials telling people to download the app.

Documents released by the Digital Transformation Agency have confirmed that COVIDSafe’s ability to communicate between two locked iPhones – about 40 percent of the Australian market – was rated as “poor” and this was known at the time it was launched. You’d have thought this is something to be sorted out before launching the product, surely?

In an unprecedented move Apple and Google have worked together on a solution, yet the federal government has refused to adopt it. Deputy Chief Medical Officer, Dr Nick Coatsworth, says the government won’t be following the UK and rebuilding the app. I’m simply staggered that they are sticking with something they know doesn’t work.

The big question is, will COVIDSafe ever be worth having? An Oxford University report suggests around 60 percent of the population needs to be co-opted for a tracing app to be effective. Take-up in Australia appears to have stalled at around 25 percent. The government itself has said we need a 40 percent take-up level.

For the record, I have no in-principle objection to a contact tracing app given the current circumstances. But a review of the history of the COVIDSafe app will in time reveal two fatal strategic errors. Firstly, a failure to consult with the right technical experts to ensure the app was fit-for-purpose from day one. Secondly, a failure to effectively communicate the value of the project.

On the first count this exercise is yet a further example of a recent tendency for half-baked IT schemes to be foisted upon us. Not to mention outright debacles like the 2016 Census and the problematic introduction of My Health Record. The infamous data-retention scheme provides a good clue as to why IT experts are wary of COVIDSafe..

University of NSW experts say there are deficiencies in the COVIDSafe Bill and explain why the “Google knows everything about you anyway” argument is insufficient.

Nearly a month after it was launched, it was revealed that state health agencies were still having difficulty integrating COVIDSafe with their own IT systems and weren’t yet using the app. Clearly they should have been involved in the development process not just told to use it after it was launched.

People are understandably wondering about the security of their personal and private information. The attorney-general’s department declined to give a senate hearing a guarantee that their legislation would override the US Cloud Act, which requires companies to hand over data if request to do so by American security agencies. This is important given that our data is stored with Amazon, a US company.

The attorney-general, Christian Porter, has assured us Australian law enforcement agencies will be banned from accessing data from the app. However, the commonwealth ombudsman has revealed that notwithstanding all the assurances from then attorney-general George Brandis, police officers have used the Data Retention Act to gain access to people’s web-browsing history without the legally required search warrant.

At the heart of the problem with COVIDSafe is peoples’ sense that they just cannot trust their governments when it comes to technology. Back in 2016, the prime minister’s special advisor on cyber security, Alastair MacGibbon, warned of a lack of trust in government digital services.

So my plea to the government and the opposition is simple. Let’s learn from this exercise and see if we can do two things. Firstly, let’s build a workable app that has the support of a broader group of IT experts and human rights lawyers. And secondly, let’s find a way to persuade the general public that, notwithstanding all the serious government-initiated technology stuff-ups in recent years, we can have confidence that an (updated) app is safe to use.

In the 1980’s television series ‘Yes, Prime Minister’ James Hacker justifies squibbing on a hard decision by claiming “I am the leader of my people. I must follow their wishes”. There’s a lesson for the government in this, I reckon. It just hasn’t convinced enough of us that it is sufficiently in our interest to be loading up our phones with a mysterious app that some people say is dangerous – and nobody has proven will actually work. The government needs to fix it or flick it.

Data from the app has been accessed (a mere) 24 times by NSW Health with (a mere) six people identified that otherwise wouldn’t have been found via manual contact tracing,

Defence force personnel have been deployed in Victoria to door knock COVID victims identified through manual tracing who don’t answer their phone. Of course this would not be necessary if the government updated the COVIDSafe app using the Apple/Google solution because the infected person’s phone would automatically inform all those with whom they’ve been in contact.

Nine News has revealed the app is costing millions more than previously known – and one of the companies involved in the project has links to the federal government.

Despite all the evidence, health minister Greg Hunt keeps defending the app. However, as reported by the ABC, Victoria’s Chief Medical Officer Brett Sutton said the information logged by the app provided no information they had not already collected through traditional contact tracing.

Laurie Patton is a former CEO / Executive Director of Internet Australia, the =peak body representing the interests of Internet users. He is currently Vice President of TelSoc, however the views expressed here are his own. This article, since updated, first appeared in The Mandarin.)