Bill Gates and the Mark of the Beast 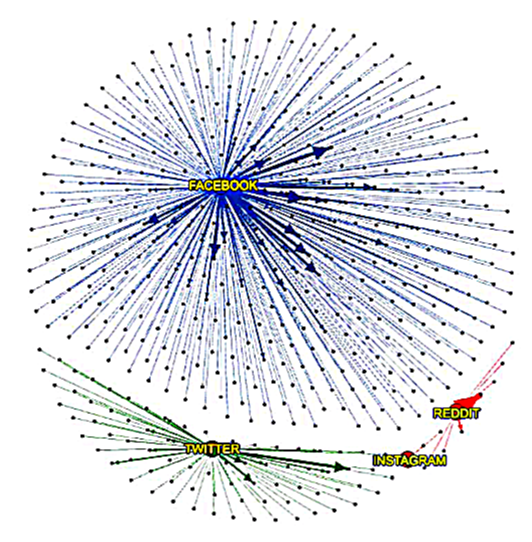 Against the backdrop of the global Covid-19 pandemic, billionaire philanthropist Bill Gates has become the subject of a diverse and rapidly expanding universe of conspiracy theories.

As an example, a recent poll found that 44% of Republicans and 19% of Democrats in the US now believe that Gates is linked to a plot to use vaccinations as a pretext to implant microchips into people.

And it’s not just America: 13% of Australians believe that Bill Gates played a role in the creation and spread of the coronavirus, and among young Australians it’s 20%. Protests around the world, from Germany to Melbourne, have included anti-Gates chants and slogans.

A new report from the Australian Strategic Policy Institute takes a close look at a particular variant of the Gates conspiracy theories, which is referred to here as the ID2020 conspiracy (named after the non-profit ID2020 Alliance, which the conspiracy theorists claim has a role in the narrative), as a case study for examining the dynamics of online conspiracy theories on Covid-19.

Researchers Elise Thomas and Albert Zhang argue that like many conspiracy theories, that narrative builds on legitimate concerns, in this case about privacy and surveillance in the context of digital identity systems, and distorts them in extreme and unfounded ways. They say it’s important to note that there’s never just one version of a conspiracy theory—and that’s part of their power and reach. Often, there are as many variants on a given conspiracy theory as there are theorists, if not more.

Each individual can shape and reshape whatever version of the theory they choose to believe, incorporating some narrative elements and rejecting others. Broadly, however, the ID2020 conspiracy theory is a version of the widespread theory that Bill Gates and Microsoft are engaged in an effort to use the Covid-19 crisis as a pretext for mandatory vaccination programs, and that the vaccines in turn are a cover for implanting some form of microchip, radio frequency identification (RFID) chip or other digital tracking device.

This chip is considered by some to be the satanic ‘Mark of the Beast’.

As the Covid-19 crisis has continued, the ID2020 conspiracy theory has evolved to incorporate other key narrative elements. This includes Event 201, which was a 2019 simulation of a pandemic outbreak that organisations connected to Gates participated in and that’s now viewed by conspiracists as proof that Gates and his associates were preparing for the Covid-19 outbreak, which they would later cause.

It also includes Patent WO2020060606, filed by Microsoft in 2019 and published in March 2020, which patents a system for using human body activity for mining cryptocurrency.

The particularly unfortunate number of this patent, which features three sixes and therefore is associated by some with satanic influences, has contributed to it becoming woven into the conspiracy theory.

Among the many conspiracy theories now surrounding Gates, this one is particularly worthy of attention because it highlights the way emergent events catalyse existing online conspiracy substrates. In times of crisis, these digital structures—the online communities, the content, the shaping of recommendation algorithms—serve to channel anxious, uncertain individuals towards conspiratorial beliefs. The report focuses primarily on the role and use of those digital structures in proliferating the ID2020 conspiracy.

One particularly prominent version of the ID2020 conspiracy that appears to have been driven primarily by fringe Christian conspiracy sites is that ID2020’s program is linked to the Mark of the Beast.

For instance Natural News reported: “The ID2020 Alliance, as it’s being called, is a digital identity program that aims to ‘leverage immunization’ as a means of inserting tiny microchips into people’s bodies. In collaboration with the Global Alliance for Vaccines and Immunizations, also known as GAVI, the government of Bangladesh and various other ‘partners in government, academia, and humanitarian relief,’ the ID2020 Alliance hopes to usher in this mark of the beast as a way to keep tabs on every human being living on Earth.

“Similar to how cattle are marked with ear tags, this globalist alliance wants all humans to be ‘vaccinated’ with digital tracking chips that will create a seamless monitoring system for the New World Order to manage the populations of the world with ease. Vaccines now being used to harvest biometric identities of everyone; Big Brother merges with Big Pharma.”

There were 192,665 tweets containing references to the ID2020 conspiracy theory between October 2019 and May 2020. Interest in the theory peaked during the height of the Covid-19 pandemic in the March–April 2020 period.

Algorithms on platforms such as Google, Facebook, Twitter and YouTube are designed to respond, in part, to engagement. Where overall activity is low, a small number of highly engaged users have the potential to exert disproportionate influence over recommendation algorithms.

In other words, where conspiracists are the most engaged users on a given niche topic or search term, they both generate content and effectively train recommendation algorithms to recommend the conspiracy theory to other users. This means that, when there’s a rush of interest, as precipitated in this case by the Covid-19 crisis, large numbers of users may be driven towards pre-existing conspiratorial content and narratives.

A major narrative component of many Gates conspiracy theories, including the ID2020 theory, is Event 201. In October 2019, the Bill and Melinda Gates Foundation partnered with the Johns Hopkins Center for Health Security and the World Economic Forum in a simulated pandemic tabletop exercise, called Event 201, for government, business and civil society leaders. The exercise was based on a scenario in which a fictional novel coronavirus broke out among pig populations in South America, made the leap to humans and turned into a global pandemic. Unsurprisingly, this event has been incorporated into a range of conspiracy theories, including the ID2020 theory.

As a result of the linkages between the non-profit ID2020 Alliance, the Gates Foundation and vaccination programs, the ID2020 conspiracy has been incorporated into the significant and growing anti-vaxxer and anti-5G community. This has played a pivotal role in the development and dissemination of the ID2020 conspiracy theory to a much broader audience than it would probably otherwise have reached.

The ID2020 narrative and the broader universe of Covid-19-related conspiracy theories are very far from having run their course. There can be little doubt that these theories will continue to evolve and potentially to continue to spread to new audiences and communities.

It seems highly likely that the theories spawned amid the Covid-19 crisis will outlast the pandemic and will continue to contribute to social and political polarisation and the broader erosion of public trust.

The Full Report can be found at the ASPI website here.