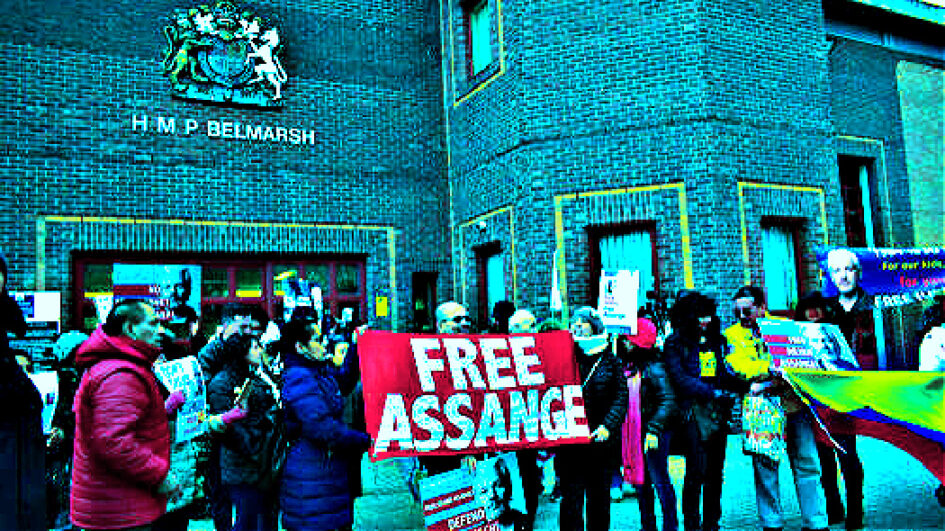 For a brief moment, the globe was shocked that a UK court ruled against the extradition of Australian journalist Julian Assange to the US, where he would face an 18 count Virginia District Court indictment, carrying an accumulated maximum penalty of 175 years imprisonment.

UK District Court Judge Vanessa Baraitser on 4 January determined “Assange’s risk of committing suicide, if an extradition order were to be made, to be substantial”.

So, she wouldn’t condemn him to such a fate, as Washington can’t guarantee the Wikileaks founder won’t take his own life whilst in custody.

Yet, in handing down her decision, the judge also addressed each of the defence’s arguments against the US position and refuted every one. She made clear that in her mind, Assange’s actions went beyond that of an “ordinary” journalist, making him complicit in the theft of US information.

Then, two days later, just as the jubilation over her decision was subsiding, Baraitser refused to grant Assange bail prior to the US appealing her ruling, meaning the man who’s mental health she’d just held in such concern, should remain in Belmarsh Prison for more prolonged solitary confinement. It came to light back in January last year, that on being incarcerated in the US, Assange would be placed under special administrative measures: a more extreme form of isolation and surveillance, including greatly limited contact with the outside world and no internet access.

This would be done under the pretext of US national security. Indeed, in handing down her judgement, Baraitser said, “I consider there to be a real risk that Mr Assange will be subject to restrictive special administrative measures”. And this held weight on her final decision.

What didn’t come into the picture within the full findings of the extradition case is that the indictment against Assange was issued by the District Court for the Eastern District of Virginia, which has jurisdiction over the north of that state, which is where Assange will likely be tried.

The significance of this is that northern Virginia is where the CIA and US defence force organisations are headquartered, as well as the Pentagon.

So, when putting together a jury for the trialling of Assange, a lot of current and former US government intelligence and military employees will be on hand to fill that bench. Along with some other examples, Baraitser cited the suicide of alleged child sex trafficker Jeffrey Epstein in a Manhattan prison in August 2019, as proof that the United States penal system can’t guarantee that Assange won’t take his life on being detained by it.

So, what the British judge has effectively done is indicated to the US that its arguments for extradition are sound, but, on appeal, it needs to make clear to the UK justice system just how it intends to guard against the Townsville-born Australian committing suicide whilst in its custody.

And this suggests that Britain is quite happy for the US to reach across international borders to arrest and convict a noncitizen over crimes committed on foreign soils, just as long as Washington ensures that the inmate stays present for the entire duration of their extended sentence.

Other stories by Paul Gregoire published in A Sense of Place Magazine can be found here.